This amazing new milk is going to change everything 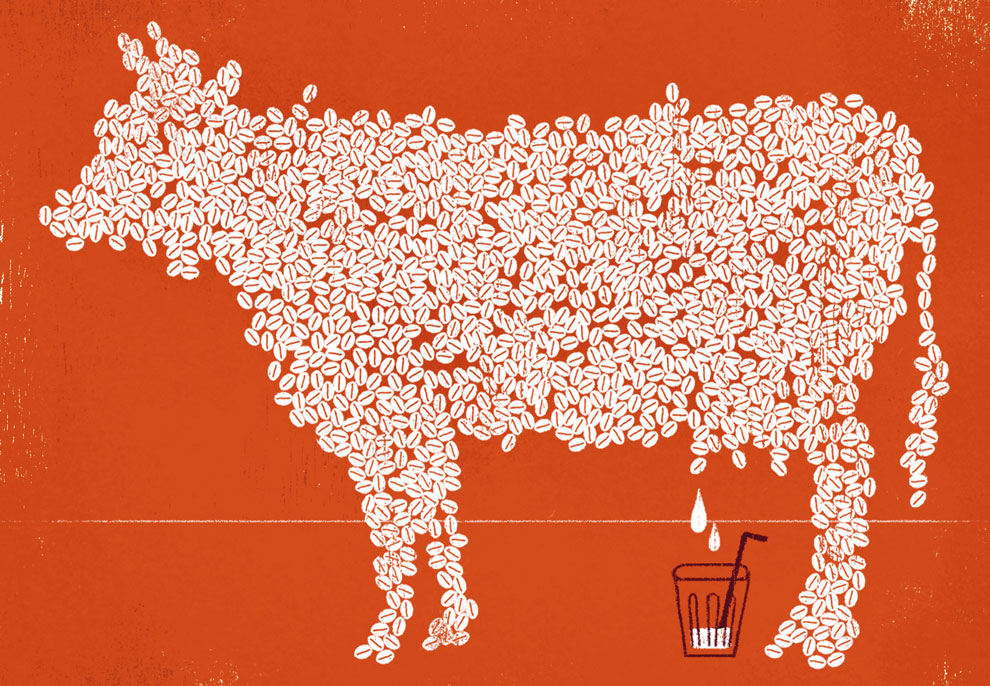 It doesn’t hurt cows, guzzle water, or ruin the soil

This article was originally published in Mother Jones and appears here as part of the Climate Desk collaboration.

In late 2016, the Swedish company Oatly set up production in North America and began shopping its oat-derived “milk” to New York City’s latte cognoscenti. By the next autumn, oat milk had conquered the city’s “most esteemed coffee bars” at a “practically unheard of” rate, according to the coffee trade magazine Sprudge.[

Chic cafés peddling a grainy Scandinavian-inspired formula may sound too twee for words. But the market for dairy alternatives is growing quickly in the United States, where negative perceptions of cow’s milk have created a thirst for substitutes made from coconut, peas, and hemp. Oat milk offers another benefit. If consumption approaches levels now enjoyed by industry leader almond milk, those urban hipsters may be the vanguard of a soil revolution.

Negative perceptions of cow’s milk have created a thirst for substitutes made from coconut, peas, and hemp.

Oat milk has three times the protein of its almond-based rival and at least twice the fiber, though it’s higher in carbs. When it comes to each drink’s environmental footprint, there’s no comparison. As I first reported in 2014, in California, home to 80 per cent of the world’s production of almonds, nut trees are swallowing up land once devoted to crops that could be fallowed during droughts. California’s almond crop commands more than three times as much of the state’s annual water supply as Los Angeles. As droughts become more frequent, few ecologists would argue for extra almond groves.

Oats, however, thrive all over the world and come with ecological benefits. They would be especially helpful in the Upper Midwest, where most prime farmland is currently devoted to just two crops: corn and soybeans. As a result of this unholy duopoly, insect, weed, and fungal pests have flourished, prompting farmers to use a slew of pesticides and fertilizers. Corn and soybeans don’t emerge until late spring and are harvested in the early fall; when the ground is bare in between, it is vulnerable to erosion, which washes away topsoil.

Adding a third crop like oats disrupts weed patterns, resulting in a startling 96 per cent drop in herbicide use.

Simply rotating in oats—along with a legume like red clover, a cover crop that remains after the oats are harvested—would change all that, explains Matt Liebman, an agronomist at Iowa State University. Since 2002, he has been running test plots near Ames that compare a conventional two-year corn-soy rotation with a three-year corn, soy, and oat and red clover scheme. His research shows that adding a third crop like oats disrupts weed patterns, resulting in a startling 96 per cent drop in herbicide use. Red clover grabs nitrogen from the air and deposits it into the soil, providing natural fertilizer. All together, three-year plots require 86 per cent less added fertilizer to yield slightly more corn and soybeans—while dramatically reducing erosion and chemical runoff.

Back in 1950, Iowa farmers led the nation in oat production, planting 6.6 million acres, more than a quarter of the state’s cropland. But demand for oats has plummeted, a change that has helped trigger the erosion of one of the world’s largest stores of fertile topsoil.

"Negative perceptions of #CowsMilk have created a thirst for substitutes made from coconut, peas, and hemp."

Oat milk could begin to turn this around. Jessie VanderPoel, a buyer for Grain Millers, which supplies oats to Oatly’s US operation, says an oat milk boom alone wouldn’t be enough incentive for farmers to add the grain to their rotations. That would require tweaking subsidies that help keep farmers wedded to corn and soybeans, and adding oats to the feed of chickens, cows, and pigs—a massive untapped market. Still, an oat milk boom “would be huge” in getting such a transition started, she says. If the beverage went the way of almond milk, it could incentivize Iowa’s farmers to sow double the acreage of oats they do now. Subbing oats for just 10 per cent of the corn currently fed to the state’s livestock would require more diverse crop rotations on 3.6 million acres, enough to virtually eliminate soil erosion on the state’s most vulnerable farmland.

For now, annual oat milk sales are paltry. But almond milk, too, was obscure until trendsetting baristas started foaming it into lattes. Sales surged 250 per cent between 2011 and 2016, and almond milk now accounts for 64 per cent of the $2.1 billion alt-milk market. Oat milk may be on the same path: Oatly is sold at more than 1,000 locations nationwide. In February, Blue Bottle Coffee, a chain majority-owned by Nestlé, replaced soy milk with oat milk at all its stores.

I don’t drink much milk, plant-based or otherwise, but I recently took one for the team and tried some made from oats. It was creamy, lightly sweet, and pleasantly grainy. If this is what an agricultural revolution in the heartland tastes like, sign me up.