From career criminals to A-students through women's prison education 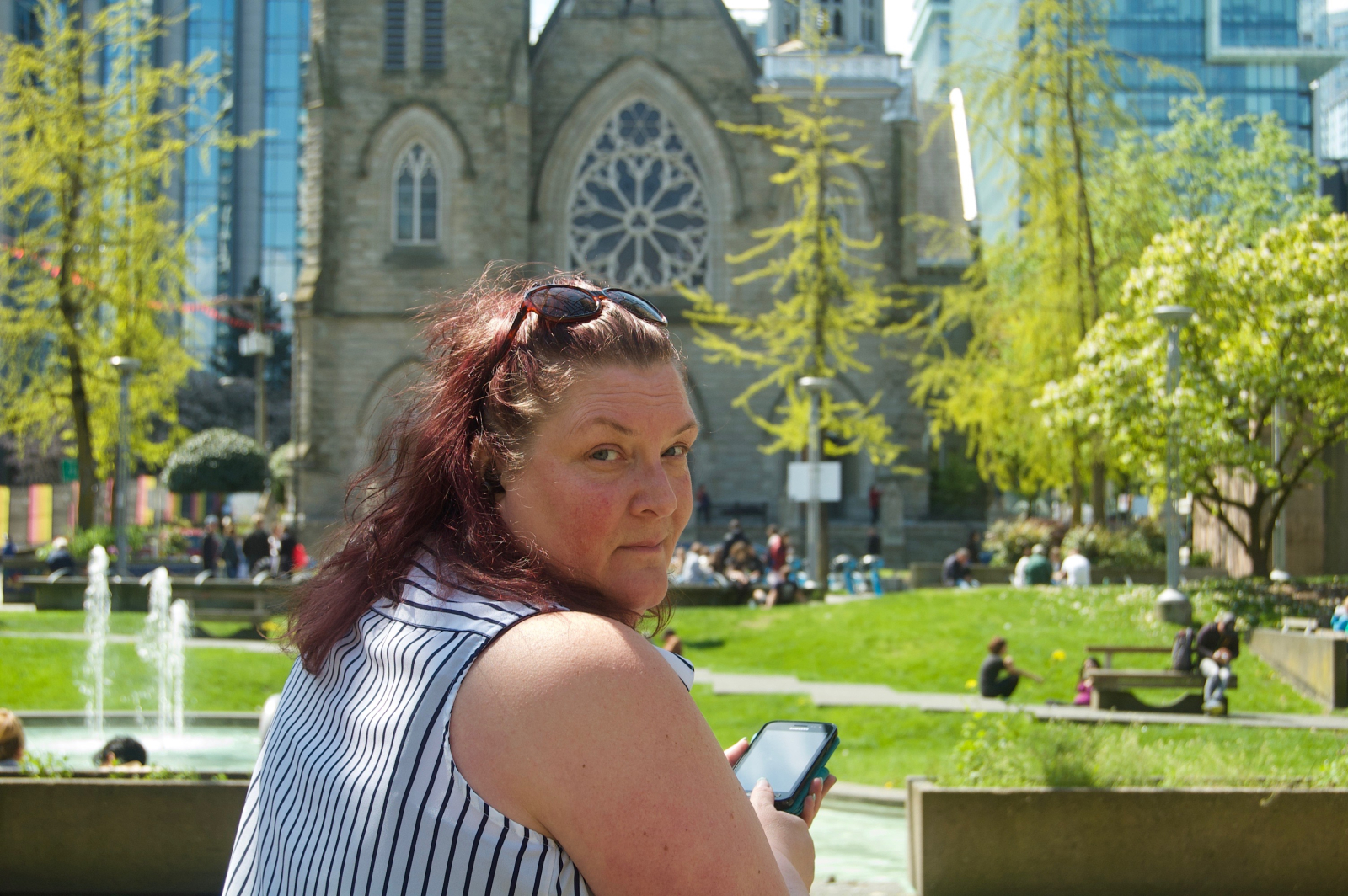 Half of all women in solitary confinement in Canadian prisons are Indigenous, though Indigenous women make up merely four per cent of the general female population.

While women are the fastest-growing prison population (and Indigenous women are an even higher percentage), women in B.C. prisons still lack fundamental education programs that their male counterparts have received for years.

A group of university professors and students say the disproportionate incarceration rates for Indigenous women and other marginalized groups are rooted in structural inequality.

They're volunteering their free time teaching university-level courses and learning alongside inmates at B.C.'s federal women’s prison, the Fraser Valley Institute. The courses have an "anti-colonial" focus, meant to encourage critical thinking and to empower women in prison.

Kirsten McIlveen, co-founder of the pilot project to bring university courses to B.C. women’s prisons, recalls the first day the “outside and inside” students first met.

“Everyone was really nervous at first," she told National Observer in an interview. "There’s a lot of stereotypes, and you’re worried about being judged.” But after an ice breaker game and a few classes, she said it’s difficult to get classes started after each morning’s boisterous reunion.

Empowering women’s perception of themselves through education

“Our course content takes a really critical look at [disproportionate incarceration rates] and says, these are structural inequalities. This is much bigger than individual screwing up,” explained McIlveen.

​Among teaching methods is the Talking Circle, which facilitates learning in a circular process where teachers and students are equals, teaching each other.

In prison, women are reminded daily of their crime, and are constantly reduced to being called an "offender."

“You can never escape that,” said McIlveen. For many, “having this eye opening perspective is dignifying and empowering.”

#Indigenous women are only 4% of the population, but make up 50% of female inmates in solitary confinement. A #prison #education program in B.C. aims to change this.

One student, who preferred to remain anonymous, has been in and out of prison for three decades, since age 14. She used to describe herself as a “career criminal,” but studying four courses and serving as a tutorial assistant was a transformative experience. “After graduating with an A I discovered a new avenue for my life. The empowering atmosphere and new knowledge I gained showed me I could transfer prior criminal skills to a crime-free lifestyle,” she said.

“I now see myself as a different person. Smarter, kinder and more confident. I believe that this type of education changes lives with lasting results," she said.

Joanne Wendy Bariteau, an ex-prisoner, was inspired to continue her studies outside of prison as a paralegal. She’s currently writing a joint report with the members of the faculty of law at the University of British Columbia sharing her experiences of life in jail. She aims to one day work in the Senate. “I believe education is one of the fundamental ways to get people re-established in society," she told National Observer. "Getting out, being able to go to school, finding a job.”

Beyond that, she said “it helped me survive jail. Educating myself, and having people from the outside, in... I don’t think I could have done it laying on my bed watching TV.”

McIlveen said another student told her “my body is not free but my heart and my mind are free through education.” 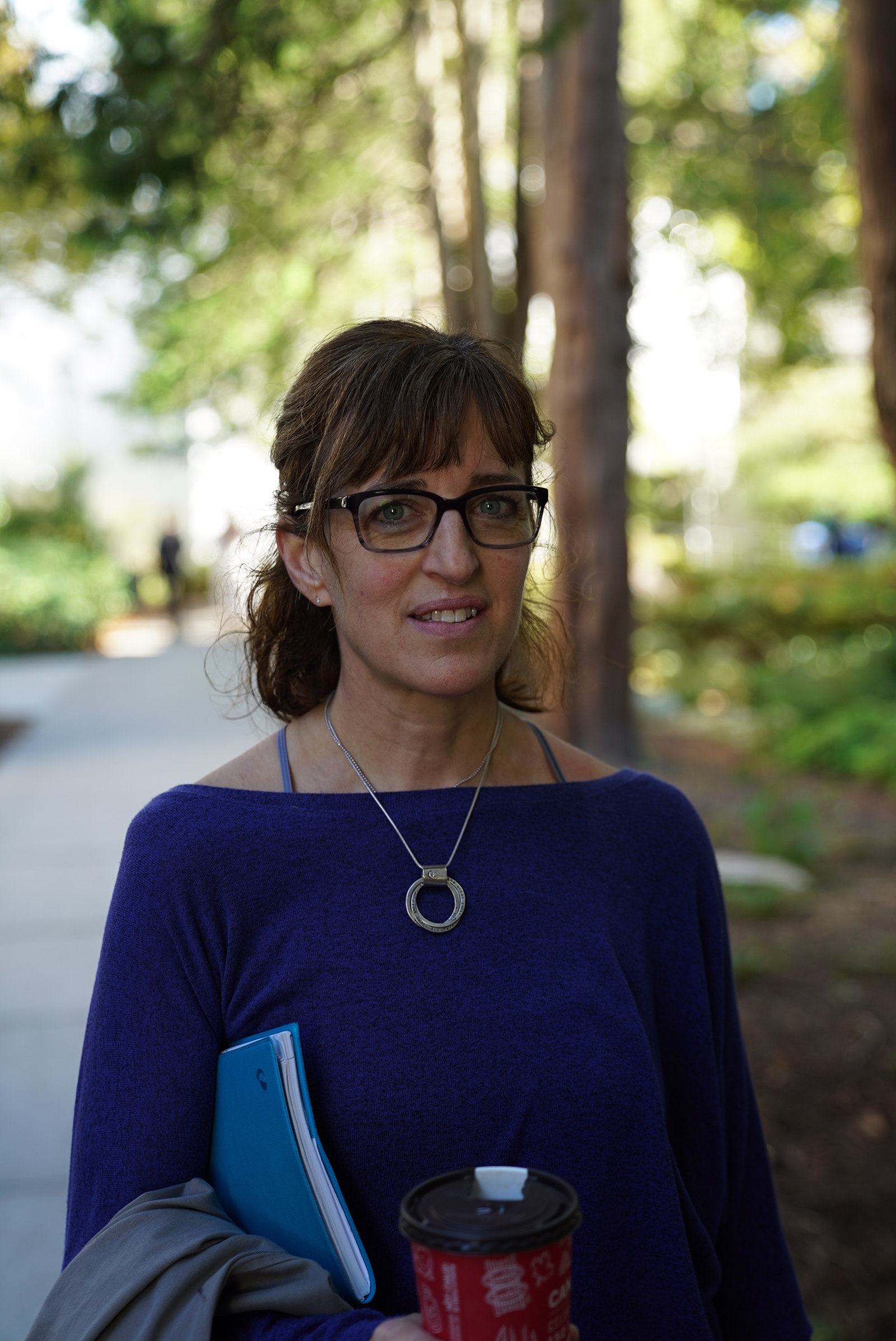 McIlveen recalls teaching a class about racialized poverty, when one inside student said “just so you know, there’s only 12 women in maximum [security] right now, but they’re all Indigenous.” She explained how this gross overrepresentation of Indigenous peoples in the criminal justice system speaks to ongoing colonialism. "These structures are still in place; it’s like in some ways nothing’s changed.”

Indigenous peoples have endured a long history of dislocation, since first European settlers used the legal doctrine of Terra Nullius, (meaning “land belonging to no one”) to assert political sovereignty over their land and ways of being. Since then, many assaults to Indigenous cultures have left lasting impacts.

A report by the Aboriginal Corrections Policy Unit of Public Safety Canada explored the intergenerational “legacy of violence” left as a result of physical, sexual, mental, and emotional abuse in the residential school system. It found that today, Indigenous peoples experience “low education rates; high unemployment rates; loss of identity; high suicide rates; loss of parenting skills with a high number of Aboriginal children in the child welfare system; and gross over-representation in the criminal justice system.”

McIlveen explains further, that “prison populations are always from the most marginalized groups. Its poor people, its trans people, its racialized people that fill up prisons.” Which is why the “course content takes a really critical look at the structural inequality” in Canada, she said.

Research shows that post-secondary education can transform peoples ways of thinking and behaving, she said, and that it can help foster relationships.

"In prison, the thinking is that there's something wrong with these women. Yes, they’ve committed a crime, but they’re also in desperate situations, given that social services have been cut, people are being dislocated out of the downtown East Side - people are desperate," said McIlveen. "Along with that neo-liberal policy has come increased incarceration of, in particular, women and in particular, poor and Indigenous women."

Bringing university students inside to learn alongside inmates

In 2015, McIlveen and a colleague began teaching at the Fraser Valley Institute. This year, they’ve begun a new program inspired by the Ontario-based Walls to Bridges program, where they bring local university students into the prison to learn alongside the class on the inside. “There was a lot of security clearance. It’s a big deal to go through all these bureaucratic hoops, but we did it,” she said, describing the payoff.

McIlveen said the courses offer intellectual stimulation that would otherwise be hard to come by.

Beyond that, it reduces social isolation by creating connections to community, she said. One woman told her, "the fact that you want to be here builds my self-esteem." For the outside students, she said “it has been life altering, and I don’t think that’s too strong a way to put it.”

McIlveen recalls one student's observations about having a pervasive sense of disorientation after joining prisoners for classes: “You feel disoriented because you didn’t expect to learn so much, and you didn’t expect to have such a connection with this community of women who are inside."

McIlveen added her own impression. “It’s also disorienting because it’s such a cruel place and they all stay there,” she said, while instructors and outside students have the freedom to come and go.

The costs of education

Between teaching full time as a professor at Capilano University, researching for her PhD, and raising a family, McIlveen volunteers up to nine hours a week to the program.

The program is life changing, but McIlveen said the model isn’t sustainable.

“Right now we’re all volunteers, we get burnt out or things come up, and we can’t go in,” she said. She hopes to create a partnership program between two universities, Capilano University and the University of British Columbia, and the Fraser Valley Institute (FVI). The aim is for universities to pay tuition for inmates and salary for instructors.

There’s keen interest by the FVI, but the difficulty is getting the universities to agree. The partnership model is already well-established in Ontario with prominent universities including Ryerson and University of Toronto, “so it’s totally feasible.”

This method is more sustainable because “you’re not so vulnerable to the whims of an institution, either the university or the prison,” she explained, “but it hasn’t been done in B.C.”

An expectation to be “docile” women

The costs of education in prison do not only burden the educators.

Both McIlveen and Bariteau described a domineering, ever-present expectation for inmates to be compliant and submissive. “You are told, especially women in prison, that you need to be docile and do your time without complaining, without raising issues,” said McIlveen.

When they’re “critically thinking, they’re less likely to be docile, and if you’re not, you’re punished,” she said, explaining that maximum security is a threat always hanging over women’s heads. Bariteau said it’s a threat that is liberally and often employed. The difference between medium and maximum security is stark, she said, with women excluded from educational courses and most interaction with others in maximum.

McIlveen questioned whether “our system wants educated critical thinkers in prison. It’s a very empowering thing to do for people. I think you can be perceived as a threat.”

Bariteau said it’s one of the things that encouraged her to become more of an activist within the prison, fighting for inmate rights. From prison wardens slamming doors at night - “seriously, the house would shake” she recalled - to cutting trauma counseling funds, Bariteau took it upon herself to fight the issues hurting women in prison.

“Education gets you thinking about how you can change things in a positive way, in a non-violent way," Bariteau told National Observer. "Once your brain starts working you can think of other possibilities and try to find a solution.”