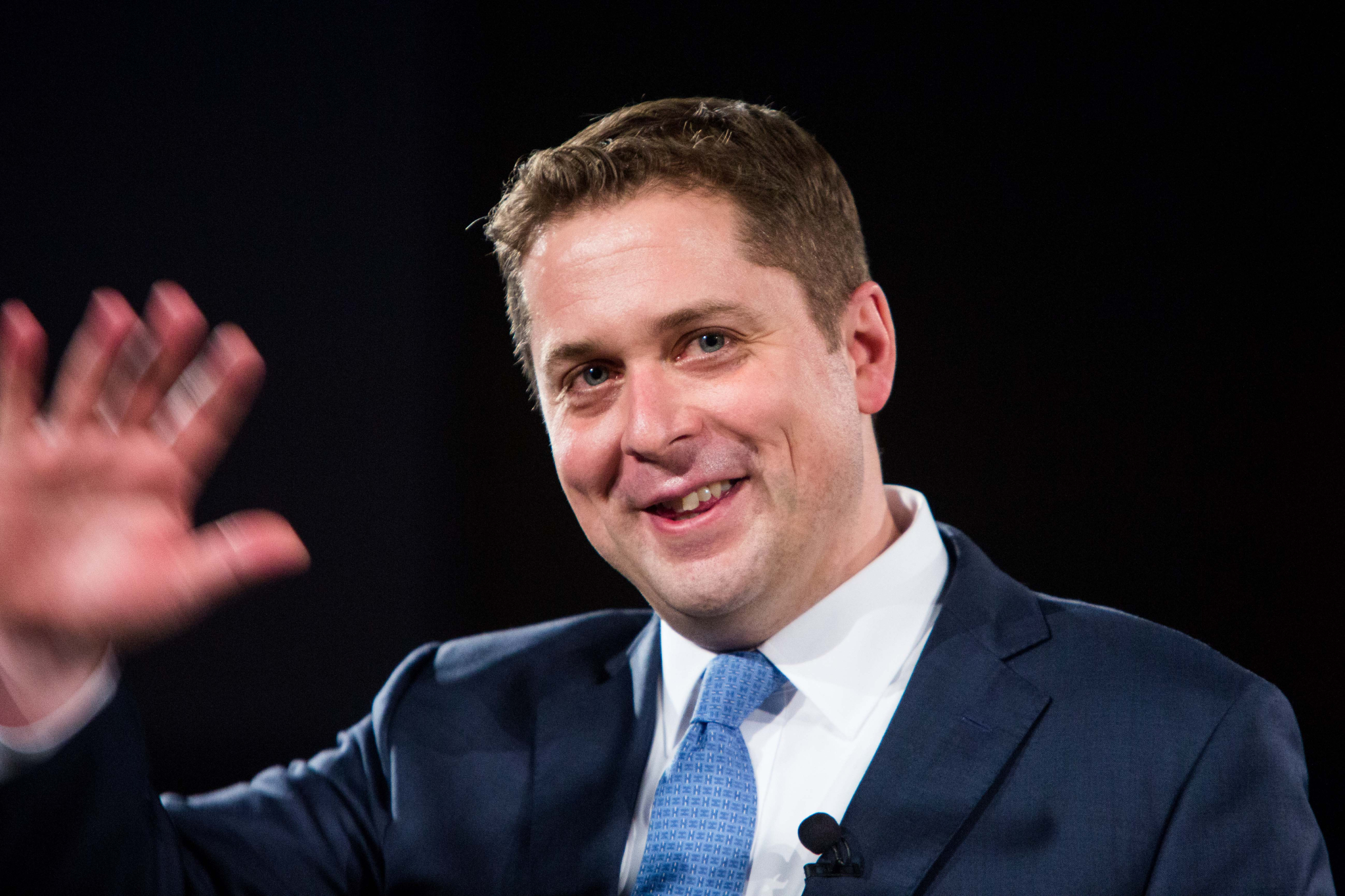 Conservative Party of Canada Leader Andrew Scheer waves to a crowd at the Manning Networking Conference in Ottawa on February 9, 2018. File photo by Alex Tétreault
Previous story
Next story

Conservative Leader Andrew Scheer rallied his troops in Quebec on Sunday, promising them there would be more former Bloc Québécois members joining their ranks.

In a speech at a party meeting in Saint-Hyacinthe, he told some 400 supporters there would be more new members like Michel Gauthier, the former Bloc Québécois leader who announced Saturday he was now a card-carrying Conservative party member.

In a 15-minute closing speech, Scheer reached out to both Quebec nationalists "who are fed up with squabbles" as well as federalists "who can no longer stand (Prime Minister) Justin Trudeau living in his Care Bear world."

"When we're proud to be Conservative, we know how to welcome into our big family all those who previously voted for other parties in thinking that it would give Quebec a stronger voice," he said.

"Proud to be Conservative, that's also to be nationalist, to be proud Quebecers and proud Canadians."

Over the weekend, a focus of the Conservative party members was on how to build on the gains in Quebec from the last election, when they went from seven to 12 seats in the province. They now have 11 following a 2017 byelection loss.

Scheer made it clear that some of that support could come from defecting members of the Bloc Québécois, which has been in disarray since seven of the party's 10 members of Parliament quit in February over differences with their current leader.

In his speech, he pointed to Gauthier's recruitment and highlighted the presence of the mayor of Trois-Rivieres — who has said he is considering to run as a candidate for the party in the next federal election — as a sign of things to come.

"Trust me, the Michel Gauthiers and the Yves Levesques, there will be several more," he said.

Scheer reserved much of his speech for attacks on Prime Minister Justin Trudeau, who he accused of prioritizing socialist ideas rather than the interests of the middle class.

He pointed to disagreements between Quebec and Ottawa over some aspects of marijuana legalization as proof of the prime minister's "federalism of confrontation" and a sign he is ignoring Quebec.

Over the weekend, party members also passed several resolutions, including a proposal to change the tax system to allow Quebecers to fill out a single return instead of filing both federally and provincially.

In the news conference following the speech, Scheer said he was open to the proposal, saying he's in favour of any ideas that reduce paperwork.