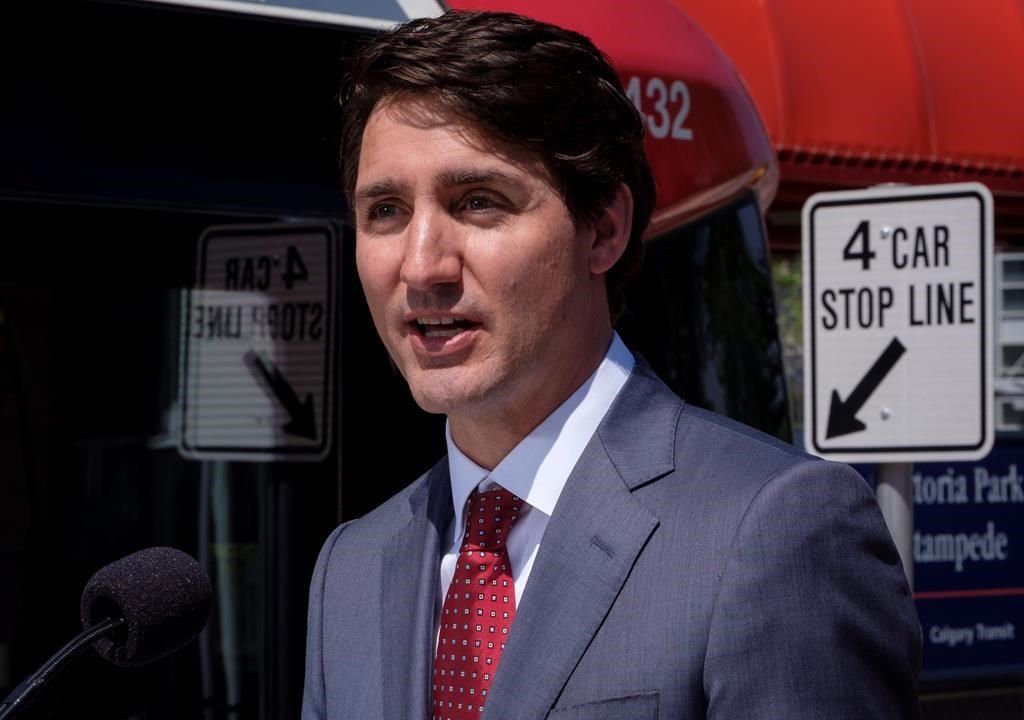 Justin Trudeau added his voice Wednesday to the calls for an independent investigation into the shootings by Israeli soldiers on the Gaza border that killed 59 Palestinians and wounded hundreds more during Monday's mass protests.

The prime minister said he was appalled by the shooting of a Canadian doctor who was trying to help wounded protesters in Gaza on Monday.

In a statement, Trudeau described the reported use of excessive force and live ammunition as "inexcusable."

"We are appalled that Dr. Tarek Loubani, a Canadian citizen, is among the wounded — along with so many unarmed people, including civilians, members of the media, first responders, and children," he said.

"We are engaging with Israeli officials to get to the bottom of these events."

Loubani, an emergency physician at Ontario's London Health Sciences Centre and at Shifa Hospital in Gaza, says he was shot in both legs Monday even though his team wore high-visibility jackets that identified them as medical staff.

In a statement Wednesday evening, a spokesperson for the Israeli embassy in Ottawa said Israel's "position regarding Hamas and recent events in Gaza is clear.

"We have asked Jerusalem for instructions, as this is a prime ministerial issue," Itay Tavor wrote.

Trudeau called for a thorough examination of the possible use of both excessive force and the incitement to violence.

"It is imperative we establish the facts of what is happening in Gaza," he said.

Germany, Belgium and Ireland and several UN Security Council members have also called for an investigation into Monday's carnage. But the council has taken no action because the United States, a permanent member, says Israel acted with "restraint."

Monday's violence erupted as the Trump administration followed through on its campaign promise to move the U.S. embassy to Jerusalem from Tel Aviv.

Canada and its other major allies do not support the embassy move. The government says the future of the Jerusalem needs to be part of a broader negotiated settlement between the Israelis and Palestinians — a process going nowhere at the moment.

Monday was Gaza's deadliest day in four years, as the violence escalated while the U.S. formally opened its controversial new embassy in Jerusalem several dozen kilometres away.

Israel and the U.S. blame the militant group Hamas for endangering civilians in Gaza by inciting them to protest — a view echoed in Canada by several Jewish groups and the Opposition Conservatives.

"In condemning the Israeli forces, Justin Trudeau ignores the role that the terrorist organization Hamas has played in inciting these clashes," Conservative Leader Andrew Scheer said in a statement Wednesday evening.

"In responding to these events with nothing but criticism of Israel, Justin Trudeau has failed Canadians on the international stage once again."

The Toronto-based Centre for Israel and Jewish Affairs requested an urgent meeting with Trudeau to convey its concern about his response to the violence.

"We are deeply disappointed the government's statement ignores Hamas' direct responsibility for recent violence on the Israel-Gaza border," the centre's CEO, Shimon Koffler Fogel, said in a written statement.

"This contradicts the government's long-stated position that, as a close ally and fellow liberal democracy, Israel can count on Canada's support when its security is threatened."

Koffler Fogel said Hamas uses civilians as "human shields" and has "left Israel no choice but to use force to protect the tens of thousands of Israelis who live close to Gaza."

Another Canadian Jewish group, the Friends of Simon Wiesenthal Center, released a statement expressing disappointment with what it called Trudeau's "strong and unbalanced" comments.

"While we despair about loss of life, Canada should steadfastly condemn Hamas for inciting violence and for attempting to enter a sovereign nation to carry out terrorism," the group's president Avi Benlolo said.

"It's disappointing that our prime minister did not condemn Hamas in his statement."

Foreign Affairs Minister Chrystia Freeland in a Monday Twitter message said: "It is inexcusable that civilians, journalists + children have been victims. All parties to the conflict have a responsibility to ensure civilians are protected."

Since March 30, more than 100 Palestinians have been killed and 2,500 injured in protests at the border fence.

The Canadian spokeswoman for the United Nations Children's Fund in Gaza told The Canadian Press on Wednesday that it has confirmed that six Palestinian boys and one Palestinian girl among those killed in Monday's shootings.

They are among the 13 children who have been killed and the 1,000 injured since March 30, Genevieve Boutin, UNICEF's special representative said in a telephone interview from East Jerusalem.

Boutin said there is no legal justification for anyone to shoot at children under any circumstance.

"According to international law, a child is a child, first of all, no matter what brought them there," said Boutin.

"At this point, the United Nations has been clear — many journalists have observed this — they're largely unarmed and they're quite far away from the soldiers. So for us, they're all child deaths that should have been avoided."

Asked whether an investigation was warranted, Boutin replied: "We all work for the secretary general, so we would echo his call for an independent investigation."