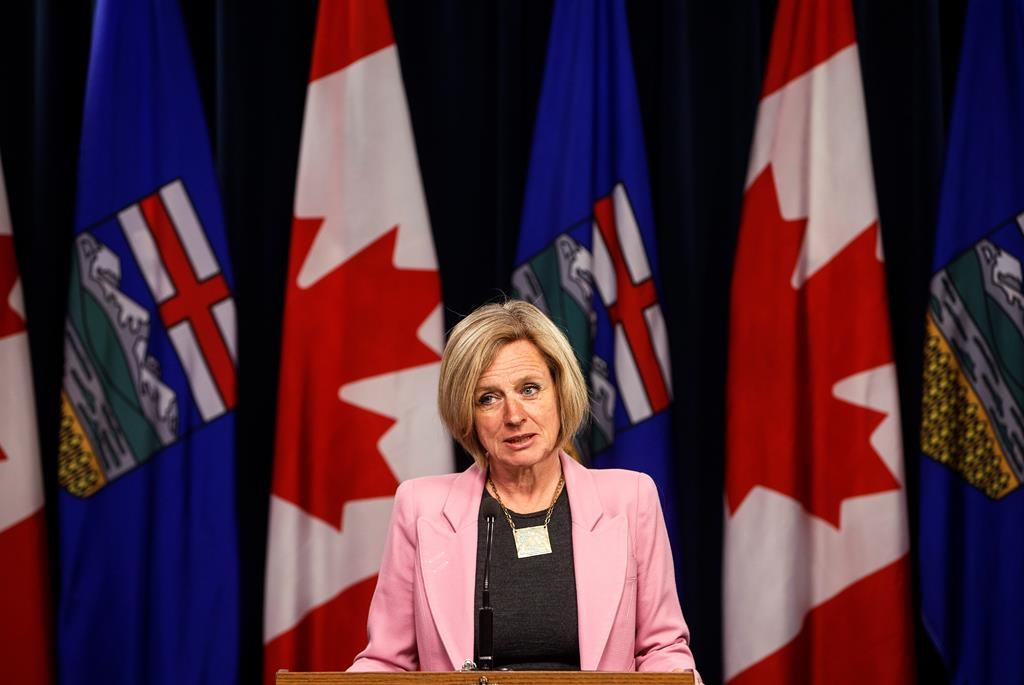 Alberta Premier Rachel Notley updates reporters on the progress of the Kinder Morgan pipeline in Edmonton on Wednesday, May 16, 2018. File photo by The Canadian Press/Jason Franson
Previous story
Next story

Tensions over the Trans Mountain pipeline increased Thursday with British Columbia announcing plans to launch a lawsuit over new Alberta legislation that could restrict fuel exports to the West Coast.

B.C. Attorney General David Eby said his province will ask the Court of Queen's Bench in Alberta to declare the legislation unconstitutional on the grounds that one province cannot punish another.

The bill, which allows limits on fuel exports to B.C., was passed by Alberta's legislature on Wednesday.

If Alberta moves to implement the act, B.C. will apply for an injunction and seek damages, Eby said.

Alberta Premier Rachel Notley declined to say when or how the legislation would be implemented, but she said she believes the law will withstand a legal challenge.

"We feel pretty confident that we have authority to control the export of our own resources under the Constitution as a means of maximizing the return to the people of Alberta," she said. "So we're going to go ahead with it on that basis."

Notley told business leaders at a speech in Edmonton that her government doesn't want to impose hardship on B.C. businesses and families, but Alberta must also safeguard its interests.

About 100 business people from B.C. travelled over the Rockies and joined 200 colleagues from the Edmonton and Calgary chambers of commerce to hear Notley speak.

"If we have to we'll do what former Alberta premiers have done and we will act to assert our resources to get the most value possible out of our resources," she said. "In so doing we will contribute to the long-term health of our country."

Plans to triple capacity along Kinder Morgan's existing Trans Mountain pipeline from Edmonton to Burnaby have pitted Alberta and the federal government against B.C.'s government, which says the risk of a spill is too great for the province's environment and economy.

B.C. filed a reference case in the province's Court of Appeal last month to determine if it has jurisdiction to regulate heavy oil shipments. It also joined two other lawsuits launched by Indigenous groups opposed to the $7.4-billion project.

Kinder Morgan has ceased all non-essential spending on the project until it receives assurances it can proceed without delays, setting a May 31 deadline on getting those guarantees.

Finance Minister Bill Morneau said Wednesday the federal government is prepared to offer an "indemnity" to help ease the political risks for any investors to ensure the pipeline expansion can proceed.

Heyman said B.C. already has its own scientific panel looking into ways to prevent and respond to bitumen spills. He said McKenna is looking to form a Canada-wide panel, but B.C. needs to focus on its specific needs.

"Estimates for impacts on the city of Vancouver's economy alone range from $215 million to $1.23 billion in the case of a catastrophic spill," he said in a letter to McKenna.