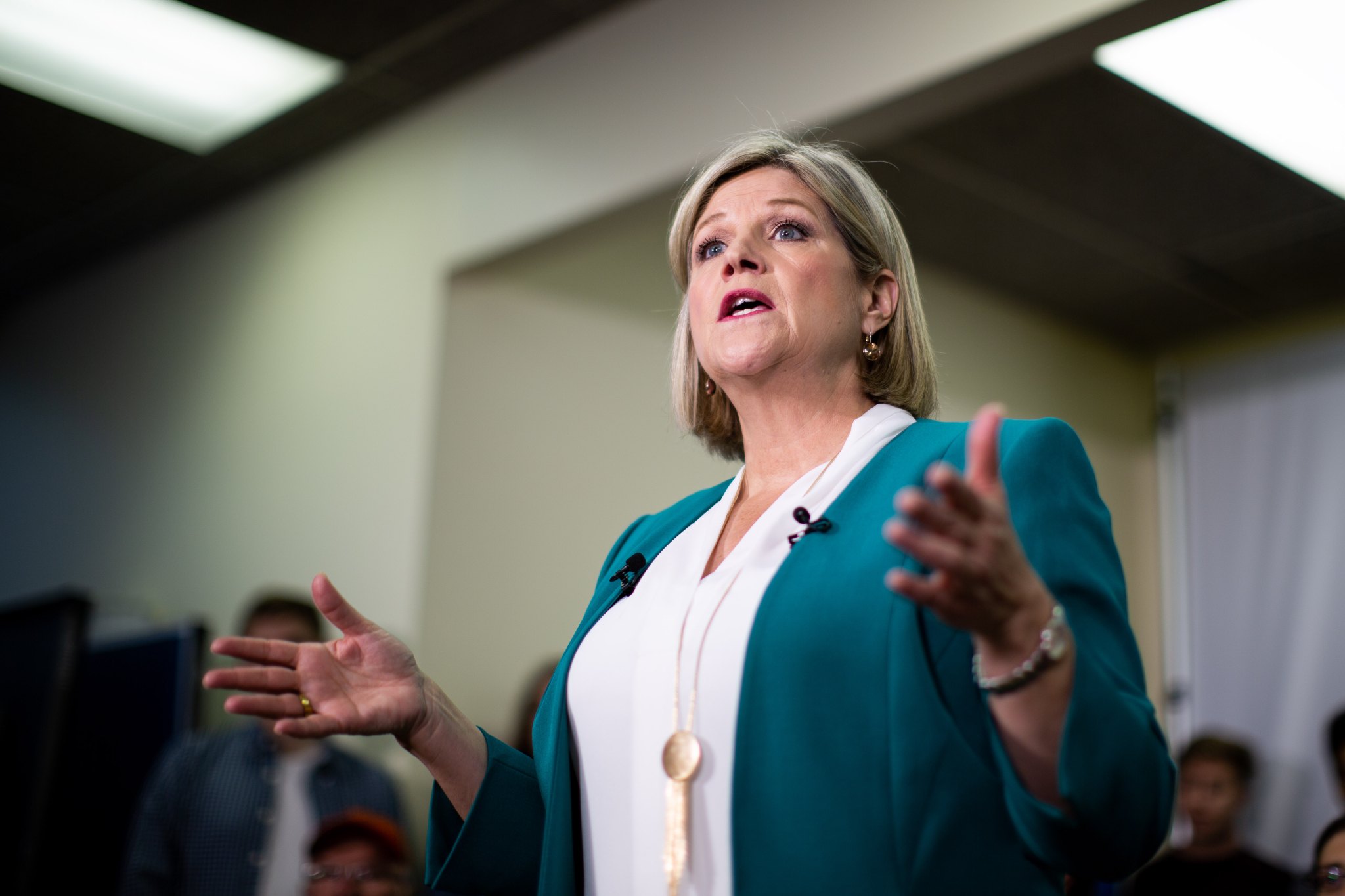 “We believe that we have to get greenhouse gas emissions down, but we need to do so in a way that’s transparent, that’s effective, and that is fair," she told reporters and supporters gathered at Abbotsford House, a seniors' centre in Ottawa's Glebe.

"We’re going to make sure that we adjust the cap and trade plan so that Ontarians understand what it is that they’re contributing to our goals of mitigating climate change. We also want to see, through that transparency, we’ll be able to measure more carefully and more openly the effectiveness of the system."

Kathleen Wynne's Liberal government introduced its cap and trade system in 2017. The system creates a market by putting a limit on carbon and greenhouse gas pollution that industries and businesses can produce. A company on target to exceed the limit can buy allowances, while a company on target to fall below can sell them. Ontario's system is linked with Quebec's and California's. The Liberals reported $471 million was raised this year in its first joint cap and trade auction. All money raised is supposed to fund public transit, electric vehicle incentives and social housing retrofitting.

The big-picture goal of the program is to lower emission caps over time and, overall, reduce climate warming greenhouse gas emissions.

To keep or kill cap and trade

When Ontarians go to the polls on June 7, they face stark choices on climate change and the cap and trade program.

Progressive Conservative Leader Doug Ford, who polls show currently leads the race, has committed to scrapping the cap and trade system altogether. He has drawn a link between killing the program and slashing gas prices. Horwath, who is currently polling in second place – in front of the incumbent premier – also committed Sunday to keeping gas prices low, specifically by barring companies from hiking gas prices on long weekends.

Wynne has said it is "important that we stay on track" with a cap and trade system that reduces emissions and contributes to economic growth.

To keep or kill cap and trade? When Ontarians go to the polls on June 7, they face stark choices on climate change and the cap and trade program. #ontario

In Ottawa on Sunday, Horwath spoke chiefly of expanding a provincial inquiry into long-term care, and highlighted the choice she said she represents for Ontarians.

“As people have said that they don’t want to see Kathleen Wynne in the premier’s chair anymore, it becomes apparent that the choice then is between Doug Ford and me," she said.

“We choose you!” one supporter called from the back of the room.

Horwath also won a round of applause from supporters Sunday by explicitly saying, "We believe that climate change is real."

But she said there is work to do to make cap and trade more fair for lower-income families and for people living in colder climates in Northern Ontario. Her platform includes contributing a quarter of the system's revenues to "support lower-income, rural, and northern households, and trade-exposed industries."

According to the government, cap and trade was estimated to cost "the average Ontario household about $13 more per month to fuel a car and heat a home."

"One of the things that we were concerned about was the Liberals didn’t acknowledge the unequal impact of cap and trade on different communities," Horwath said. "We would add some fairness to the plan to make sure the lowest income families among us would be supported."

Thanks for this. The current

Thanks for this. The current system is not perfect but I'm happy to see the NDP would keep and evolve it. Readers might be interested to know that there are four cap and trade auctions every year. So the $471 million raised in February represents a fraction of what will be raised for the entire year. For example, the four auctions in 2017 plus one auction in 2018 raised $2.4 billion. Details here: https://www.ontario.ca/page/february-2018-joint-auction-14-ontario-post-...

Thanks for that link. We all

Thanks for that link. We all need to get more up to speed on any programs that can cut greenhouse gases and move us as quickly as possible to a sustainable economy....we've left it very late in the game to pretend that band aid solutions are going to do the job, but we all need to start somewhere, and do something.

People still pretending we aren't in the anthropocene likely aren't ethical enough...let alone smart enough, to be running a government.