Media are not an arm of the police, Vice lawyer tells Supreme Court hearing 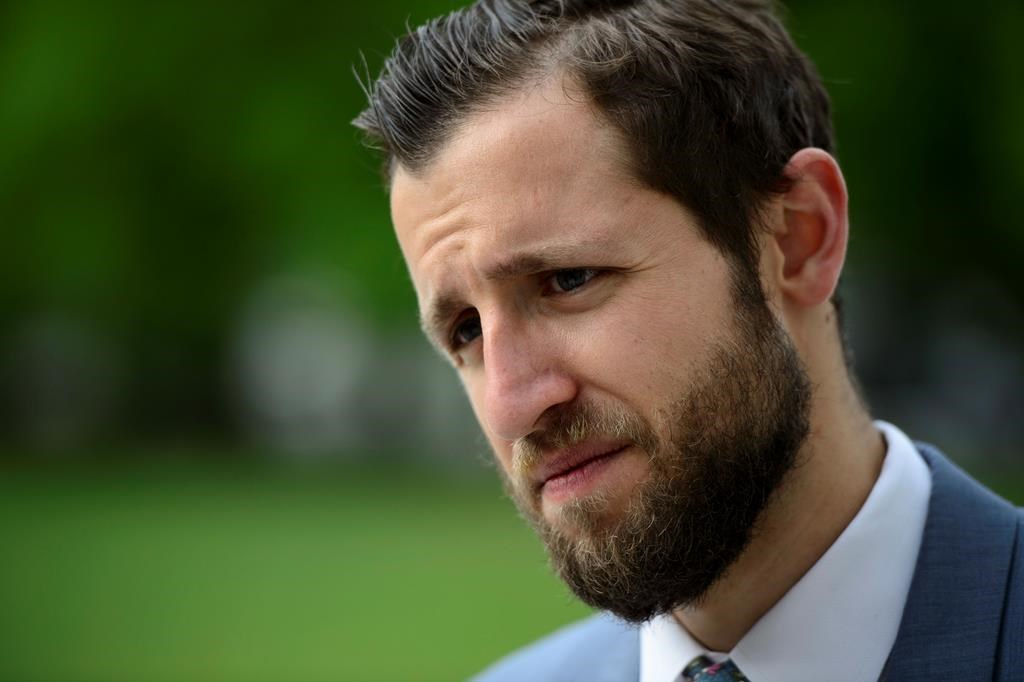 Journalist Ben Makuch of Vice Media arrives to the Supreme Court of Canada in Ottawa on May 23, 2018. Photo by The Canadian Press / Sean Kilpatrick
Previous story

Journalists are not an investigative arm of the police, a lawyer representing Vice Media told the Supreme Court of Canada in arguing there should be clear protections for the media when enforcement agencies come knocking.

Counsel Philip Tunley said Wednesday the result of current law and practice is "a chilling effect" on the media's important role in gathering and publishing news in Canada.

Vice Media reporter Ben Makuch is challenging an Ontario Court of Appeal ruling that he must give the RCMP the background materials he used for stories on an accused terrorist.

In 2014, Makuch wrote three articles about the involvement of Farah Shirdon, formerly of Calgary, with the Islamic State of Iraq and the Levant.

Shirdon had left Canada for Turkey in March 2014. A month later, he appeared in an ISIL propaganda video that turned up on the internet. He tore up his Canadian passport, threw it into a fire and said, "with help from Allah, we are coming to slaughter you."

Makuch's articles were largely based on exchanges he had with Shirdon through a text messaging service.

In 2015, the RCMP obtained a production order under the Criminal Code, directing Vice Media and Makuch to provide documents and data relating to communications with Shirdon, who may now be dead.

Makuch brought an application to quash the production order, but it was dismissed — a decision upheld by the Court of Appeal.

The Supreme Court agreed to hear Makuch's case, which squarely pits press freedoms against the investigative powers of police.

In a previous case, the court set out nine conditions for assessing the reasonableness of a search of a media outlet.

Vice Media argues that lower courts have been misapplying, or failing to apply, the balancing test.

Rather than give careful consideration to media interests, courts give short shrift to "the pernicious effects" of warrants and production orders on the media's ability to gather or report the news, Vice says in its written submission to the high court.

Tunley said Wednesday the production order for Makuch's materials should be tossed out, noting the possibility of Shirdon facing a criminal trial is remote.

"It's massively overbroad, it was and is premature, and other, less intrusive measures could — however many years ago — have been put in place to preserve the status quo until there was some prospect of a trial."

Lawyers for Vice and the Crown faced a barrage of questions from the panel of justices.

Justice Michael Moldaver took exception to Tunley's suggestion that Vice was being asked "to hand over the entire fruits" of a lengthy investigation, creating an impression the media are "an adjunct of the police."

"It's on the basis that it will provide evidence of a crime, or the likely commission of a crime," Moldaver said. "You can't just say 'hand over.' The police have to do a lot more than that."

Vice Media wants journalistic outlets to consistently have an opportunity, at an early stage, to make arguments before a judge decides whether to approve a production order.

Federal lawyer Croft Michaelson told the hearing there is "no merit" to criticisms of the robust legal framework in place for deciding access to media materials.

In its written arguments, the Crown says the test "is a principled and flexible framework" intended to curb any potential "chilling effect" that an order might have on the ability of the media to do its work.

"Contrary to the appellants' submissions, the courts have not been acting as 'rubber stamps,' favouring the interests of law enforcement at the expense of freedom of expression."

After the hearing, Makuch said he has never gotten a sense of why the Mounties want his information. "I think it's a complete fishing expedition."

Iain MacKinnon, Tunley's co-counsel, said following the session that the high court justices would, at the very least, "clarify the law in a very murky area."