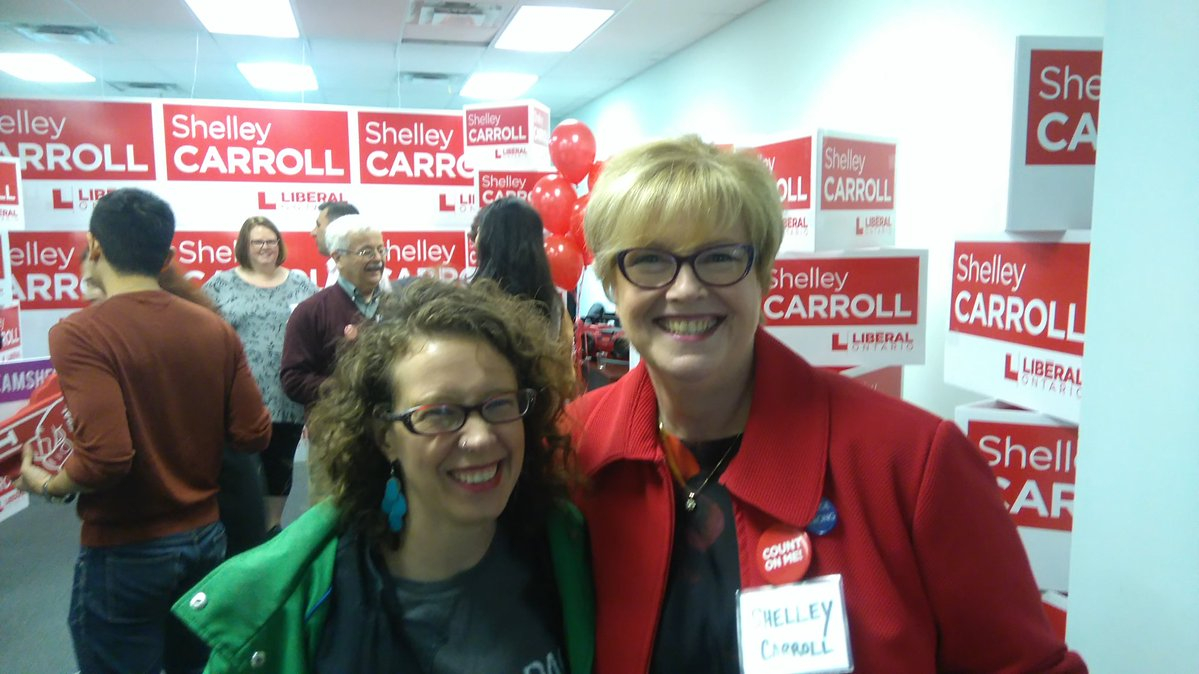 A small non-profit group is hoping to get Ontario voters to donate to environmentally-conscious candidates across the political spectrum and across the province.

GreenPAC aims to give citizens a way to back green candidates even when their own local candidates for the June 7th election are not addressing these issues.

Recognizing that most voters live in ridings where candidates have not made the environment a key pillar of their campaigns, GreenPAC executive director Sabrina Bowman said the group aims to provide a different way for people to have their desire to advance green policies get heard.

“What GreenPAC does is allow people to participate in democracy in a different way, by asking them to donate to that small number of candidates that are supporting their priorities,” she said in a phone interview with National Observer.

The group has collected more than $6,000 of pledges on its website (which then directs voters to the donation page of their endorsed candidate of their choice), and is aiming to get at least $10,000 of pledges in total during the election campaign.

The decision to include a candidate from the PC party, whose leader Doug Ford has said he plans to pull out of a carbon cap and trade scheme if elected, is an intentional attempt to be non-partisan, according to Bowman.

She said that if the group was unable to find a PC candidate they could back they would have considered not endorsing any candidates at all.

"There's a reality that if we want to see good environmental legislation pass, we can't always depend on having a few parties that support it. We want to have people in all parties support it,” she said.

The GreenPAC website describes Jones as an “avid supporter of land conservation, recycling, and organic foods” who worked on legislation in support of organic food with two other GreenPAC endorsees, MPPs Arthur Potts, a Liberal, and Peter Tabuns, a New Democrat.

The campaign team for the PC candidate Jones did not respond to multiple requests for comment for this article. A spokesperson for the overall campaign responded without addressing GreenPAC's endorsement of Jones or how her environmental credentials jive with the Progressive Conservatives stated plan to pull out of the cap and trade framework and cut the cost of gasoline for consumers.

Bradley is a former Ontario environment minister, who introduced several major pieces of environmental protection legisation and played a key role in creating the Greenbelt around the greater Toronto area.

Des Rosiers is the province's current minister of natural resources and forestry. Carroll is a Toronto city councillor who has focused on waste reduction initiatives. Bell is a transit advocate and environmental justice organizer.

Tabuns, the NDP's environment critic and a previous head of Greenpeace Canada, said that soon after the April 5 release of GreenPAC’s list he saw a jump in financial contributions from people with whom he had not had prior contact.

It has also proven a useful campaign trail tool for him.

“I found it very useful to be able to tell people about it, so when I tell people my environmental credentials I can cite an independent third party having reviewed what I’ve done and found it worthwhile and productive,” he said.

He also said that the endorsement of Jones may help her raise the green flag inside the PC party.

“Certainly for someone in a party where there’s not going to be much support for the environment to be able to say I have this outside backing and endorsement may be useful in internal debates in the future,” he said.

The Liberal Party also appreciated the endorsements its candidates received from GreenPAC, a spokesperson said.

“We are proud of the work our candidates have done to protect future generations of families and welcome the endorsement from GreenPAC,” a party spokesperson said in an email response to questions.