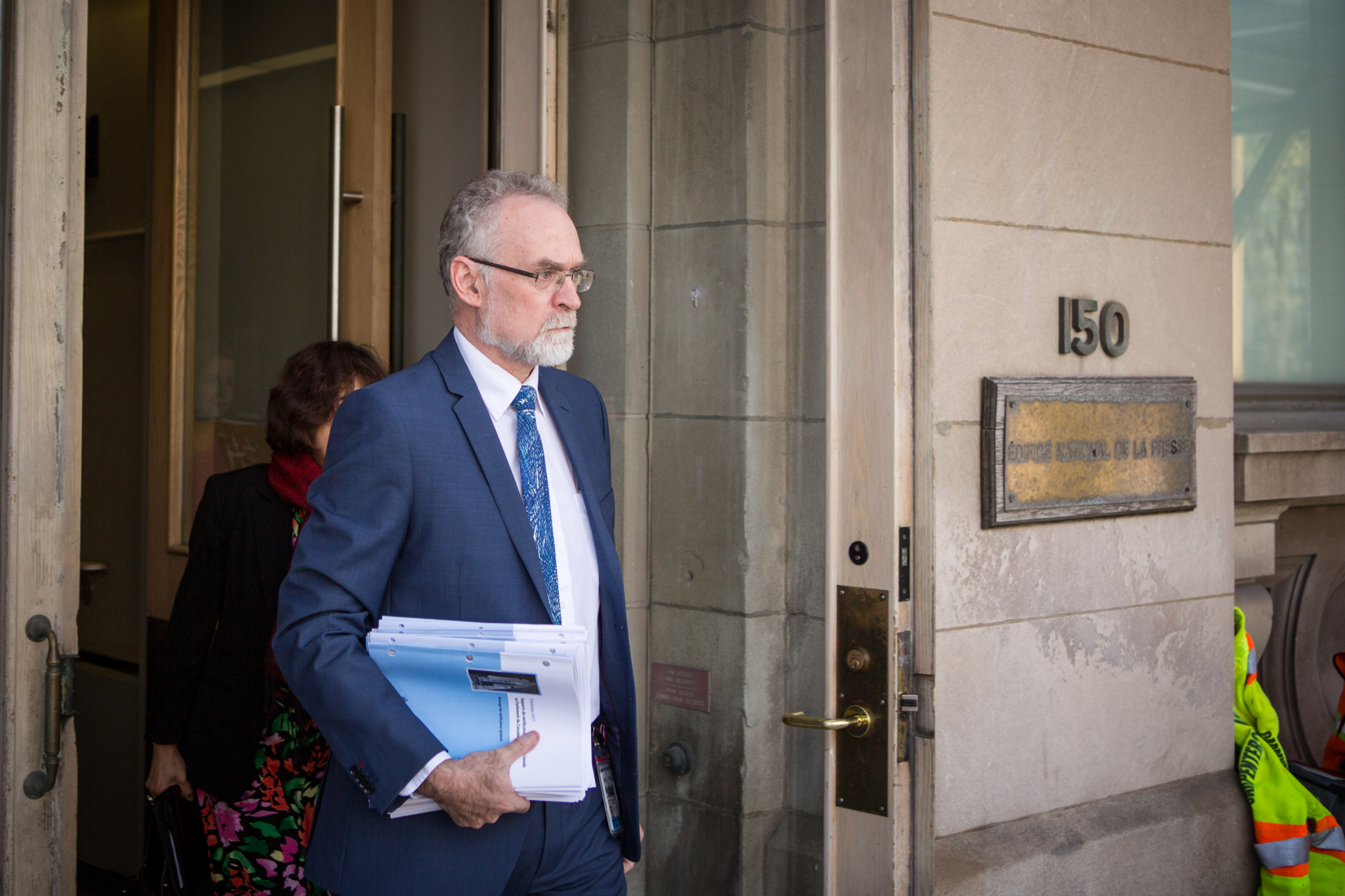 Canada's auditor general says "an obedient public service that fears mistakes and risk" has to change before another scandal-plagued program like the Phoenix pay system can be prevented.

Michael Ferguson made the comments in an assessment released alongside his office's May 29 audit of the troubled system.

The audit concluded Phoenix was "an incomprehensible failure of project management and oversight" where those in charge prioritized budgeting over functionality, ignored warning signs and provided an inaccurate picture to higher-ups.

Ferguson said both the Trudeau government and its predecessor, the Harper government, missed opportunities to stop the debacle that Phoenix would become.

He also argued a flawed public service culture that evolved over decades is now resulting in an unbalanced power dynamic between federal workers and their political masters, leading to mistakes and poor oversight.

Phoenix has struggled to deliver pay to public servants since the system — the result of a plan launched by former prime minister Stephen Harper’s government in 2009 — was first introduced in 2016 under Prime Minister Justin Trudeau.

Phoenix has so far been costlier and less efficient than the 40-year-old system it was intended to replace, the auditor general found, and has led to incorrect pay for tens of thousands of federal employees.

After years of trying to manage the chaos, the Trudeau government waved the white flag in this spring's federal budget, moving to scrap the program. Taxpayers are facing an incremental cost of more than $1 billion to fix the problems Phoenix has created, Ferguson wrote.

The audit included several recommendations for properly implementing and overseeing government-wide information technology projects like Phoenix, all of which the federal government agreed with.

'Phoenix was a massive own goal'

"In sports, there is a term for the ultimate failure—that term is 'own goal,'" Ferguson wrote in his lengthy assessment. "It’s used to describe what happens when a team scores a goal against itself. Phoenix was a massive own goal."

"The government has a choice. It can either perpetuate the current culture and its problems—including the incomprehensible failures—or it can change that culture and reap the benefits of programs that work for people." #cdnpoli

The auditor general said there was no "documented approval" anywhere that the system should have been launched in the first place — an astounding statement about a system that was set up to tackle $22 billion a year in pay for almost 300,000 employees in over 100 departments.

Overall, the audit found that Public Services and Procurement Canada did not properly manage Phoenix. Ferguson's office said this poor management led to a system without critical pay functions or security, that hadn't been fully tested, and with no adequate contingency plan as backup.

The department also did not fully consult other government entities when Phoenix was being developed, the audit stated, to see what was needed before public servants were moved into the system.

"When faced with possible higher costs, the department removed or deferred important system functions," reads the auit. "All of this created many risks—which the department knew about—that the system would not be able to process pay accurately or keep employee information secure."

Ferguson's office found that the department knew about "critical weaknessess," like Phoenix's inability to process retroactive pay requests, before the system was launched. "In our opinion, these weaknesses were serious enough that the system should not have been implemented," the audit stated.

Among other recommendations, the audit says Public Services and Procurement Canada should understand the functioning of systems, consult wider with government entities, keep track of legislative and policy requirements, and develop plans to upgrade software and provide for a backup.

The government's response, included in the audit, is that the department will "integrate the lessons learned from Phoenix into project management practices and training" and support "government-wide" efforts to strengthen processes surrounding project management.

Ferguson's office also said Treasury Board of Canada Secretariat should carry out "mandatory independent reviews" of a project’s key decisions, to which the secretariet agreed in a response.

In his assessment, Ferguson said the Harper government did not put in place an "oversight structure" as Phoenix was being developed.

"I don’t understand how anyone could believe that a project with a significant information technology component and a price tag of $300 million would be delivered on budget and would quickly produce savings of $70 million a year," he wrote.

He also said the Trudeau government "obviously didn't ask enough questions" before it launched Phoenix and so didn't understand the risks the project entailed.

"I am not assigning political blame, but my view is that both governments had opportunities to prevent the incomprehensible failure that Phoenix became," wrote Ferguson.

He saved his most stinging commentary for his description of Canada's public service culture that he said had lost sight of the healthy balance between the political and bureaucratic perspectives.

"In the current culture, the two perspectives are out of balance, with the political perspective being dominant," Ferguson wrote. "This is largely because of instant digital communication, which means that politicians are more concerned with message and image management," he said.

That has led to ministers demanding public servants put programs in place without making mistakes that could end up in the news, Ferguson argued. This, in turn, has led to "an erosion" of the influential power of top bureaucrats.

"A large cadre of ministerial political staff give policy advice to the same ministers that deputy ministers are responsible for advising, so it’s harder for a deputy minister to be heard," he wrote.

"The result is an obedient public service that tries to eliminate risk and mistakes, which of course is not possible, so it has to try to avoid responsibility for those mistakes."

He said although the Trudeau government didn't create this culture, it had an opportunity to fix it, which he argued starts with admitting that the problem is real and needs to be fixed in the first place.

"How to fix it will be up to the government and the public service," he wrote.

"The government has a choice. It can either perpetuate the current culture and its problems—including the incomprehensible failures—or it can change that culture and reap the benefits of programs that work for people."

"...He saved his most stinging commentary for his description of Canada's public service culture that he said had lost sight of the healthy balance between the political and bureaucratic perspectives...."

You know, I get this. There

You know, I get this. There are those of us who still expect public servants to .... serve the public.
I think that time is, sadly, long gone. Not only are there no rewards for doing so, we have all seen the torture and abuse that civil servants endure when they become whistle-blowers. I venture to say that this was at its worst with the Harper government, but I don't believe any government is free from the pressure.
Long ago, after 15 years with the feds, I did a two-year stint with the province. A colleague and I were talking one day, and he said: "you know, we're *supposed* to be public servants, but we're not--we're just extensions of the Minister's political staff. The most important rule is to avoid bad press for the Minister, and blow the trumpets for good press." He was absolutely right.

So all well and good for the AG to talk about the culture of lackey-ism in the public service, but the blame does not lie mainly with the public servants--it lies with those who suggest, coerce, bully, and threaten them into un-civil performance.

Start with that end of the culture of corruption.