Workers who can make the difference between life and death need help, too 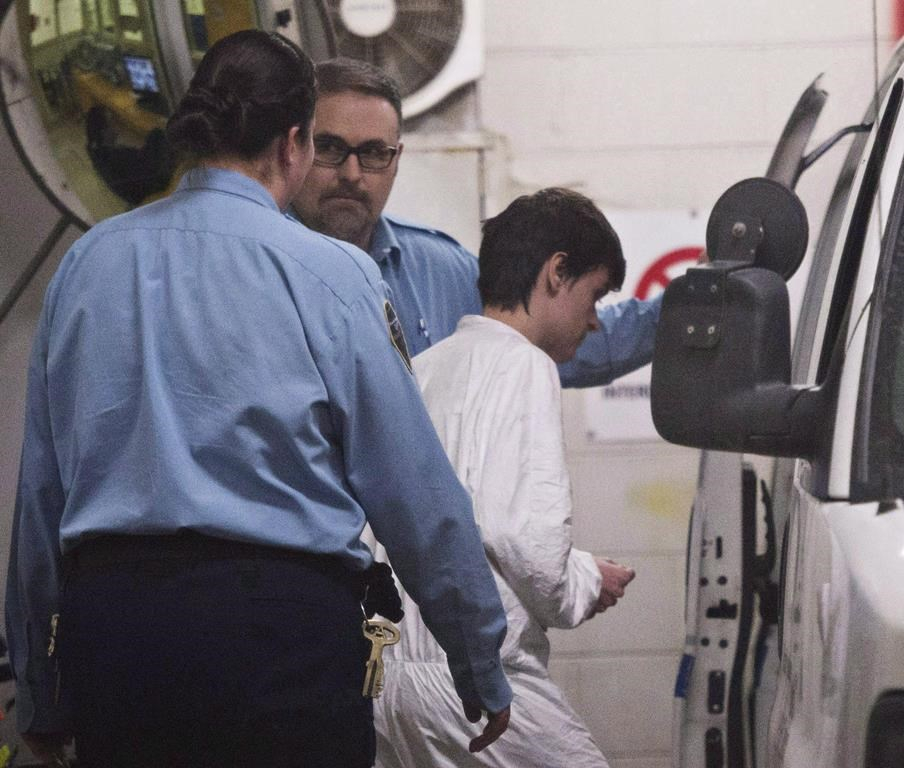 Alexandre Bissonnette is escorted by police into a van in Quebec City on Feb. 21, 2017. File photo by The Canadian Press
Previous story
Next story

In April, surveillance videos of the attack were played in a Quebec City courtroom as evidence at a sentencing hearing. Quebec Superior Court Justice François Huot told the courtroom audience: "They are difficult, brutal, and in my humble opinion will bring you little comfort in the healing process you have embarked on."

What witnesses and survivors experienced was unspeakably brutal. On that night, when police entered the Grand Mosque, men were already dead. Then police gave the sign to paramedics to enter and begin triage. Jonathan Montpetit of CBC Montreal reconstructed the night in this article, where he writes that stickers were assigned to each victim in order of severity: black, red, yellow and green. The paramedics prepped the survivors to be sent to the city’s trauma centre at the Enfant-Jésus hospital.

While the impact of that night on survivors, widows, orphans and witnesses is immeasurable, journalists have chronicled their journeys in various ways. This week, another story emerged that reminds us that the impact of unimaginable tragedy is also a workplace hazard for the people who arrive first on the scene, and whose work can make the difference between life and death.

Writing for le Soleil, Mylène Moisan told the story of Andréanne Leblanc, one of the paramedics who responded that night of January 29, 2017. Leblanc was found dead on March 15, 2018 at the age of 31. She was wearing her paramedic uniform. In the article, Andréanne’s mother Lucie Roy paints a picture of a young woman whose mental health deteriorated significantly in the year that followed the attack.

Roy says she doesn’t know if it was that event, or something else that triggered her decline, but the article shows a first response system that is under stress, worse than it’s ever been and deteriorating.

In 2017, a groundbreaking study found that first responders (paramedics, 9-1-1 operators, firefighters and police) struggle with mental health challenges at rates that far exceed the average population. Forty-five per cent of nearly 6000 respondents, "screened positive for clinically significant symptom clusters consistent with one or more mental disorders." Among the population in general, it’s 10 per cent.

The night of the mosque attack, Bissonnette called 9-1-1 as he fled. The operator who answered the call kept him on the line for 50 minutes while Bissonnette cried and rambled about what he had just done.

There’s been a movement in Canada for about a decade to get PTSD (post-traumatic stress disorder) recognized as a workplace hazard for first responders across Canada. In Ontario, former NDP MPP Cheri DiNovo had been trying to get legislation passed to do this starting in 2010. In 2016, the Liberal government passed legislation that now considers PTSD a workplace hazard for first responders, including nurses (an addition made later to the bill). This allows workers to make Workplace Insurance and Safety Board claims. PEI passed legislation in 2017 that was similar to existing legislation in Manitoba.

The mix of an aging population, widespread underfunding of healthcare and the reliance on forced overtime for nurses and paramedics, has created tremendous strain on workers who are already dealing with incredible stress, writes @nolore

B.C.’s NDP government introduced a similar bill in April. It’s been criticized by the BC Union of Nurses for not including nurses. Linda Silas, president of the Canadian Federation of Nurses Unions, was quoted in StarMetro Vancouver asking, “How come a group of male-oriented professions will be recognized for PTSD legislation and not nurses?”

The legislation is important to address individual workers’ concerns but doesn’t get at the root issues that have created such stress in the first place.

Underfunded public services create intense strain on the workers who have to pick up the slack. In British Columbia, the Ambulance Paramedics and Emergency Dispatchers of BC launched a campaign last year encouraging their government to hire more people to ease the strain. British Columbia’s first responders are only meeting the national average wait time of 8:59 minutes 30 per cent of the time, according to the Canadian Union of Public Employees.

Earlier in 2018 in Montreal North, an elderly man who broke his hip waited 10 hours for an ambulance. In a column about this ordeal written for La Presse, Patrick Lagacé wrote that a paramedic told him that about five years ago, the average wait for someone to be seen at emergency was five to ten minutes. Now, it’s closer to 10-30, or even 45 minutes. Paramedics must stay with a patient until they’re seen. Emergency room delays are creating larger workloads for paramedics.

The mix of an aging population, widespread underfunding of healthcare and the reliance on forced overtime for nurses and paramedics, has created tremendous strain on workers who are already dealing with incredible stress.

A few months after 47 people were killed when a runaway freight train exploded in Lac-Mégantic, Robert Giguère, a 25-year-old firefighter who had been called in that night, took his own life. He, like Andréanne Leblanc, are victims of a system that isn’t doing enough to address the human toll that tragedy takes. Politicians are quick to thank first responders in the wake of a tragedy. But front-line workers can’t wait any longer for their words to lead to action: more resources, more support and more funding.

Yes!! It's WAY PAST time for

Yes!! It's WAY PAST time for ACTION!! We don't need any more studies or talk! I scream this from the point of view of a retired nurse in B. C., having been through lots of soft de-briefing sessions after significant traumatic events at work, and for some, that's not enough!

Thoughts and prayers and

Thoughts and prayers and thanks are not enough.