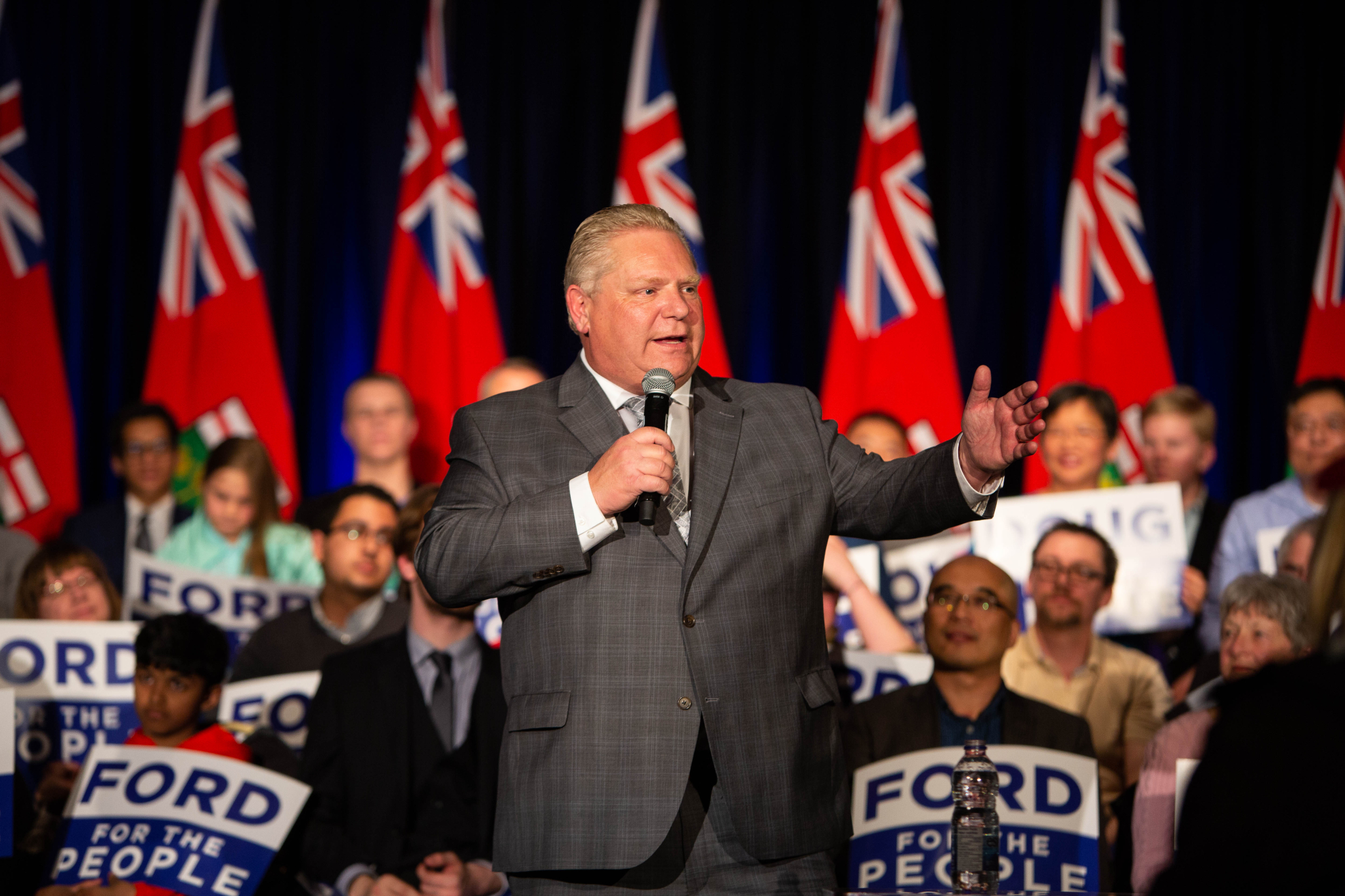 Doug Ford speaks to supporters at a "Rally for a better Ontario" in Nepean, Ont. on April 16, 2018. Photo by Alex Tétreault
Previous story
Next story

As I criss-cross Ontario, from Kenora to Timmins, from Windsor to Cornwall, everywhere I go I hear the same message — life is getting more expensive and it is harder to make ends meet.

I hear from people who have lost their jobs, and families that are struggling to get by. Families that are forced to choose between heating their homes and putting food on the table. They are frustrated with paying more, yet getting less.

These people have done all of the right things — they’ve worked hard, they’ve paid their taxes, they’ve invested in this province — but they’ve been let down by this government when they needed help the most.

For 15 years, the Liberals have been partying with the taxpayers’ money and the NDP want to join in. An NDP government will bring more of the same waste, scandal and mismanagement — but with different insiders and special interest groups getting rich at your expense.

The NDP will raise taxes on Ontario’s families in order to pay for their special interests. They will keep the Liberal tax hikes and then hike them by $20 billion more over the life of their platform.

The Ontario NDP wants you to pay more for gas, more for hydro and more in taxes.

They will do this by doubling down on Kathleen Wynne’s disastrous cap and trade scheme. One of the NDP’s star candidates wants to add at least 35 cents to the price of gas by bringing in the largest carbon tax in North America.

Under the Ontario NDP, hydro prices are going to continue to rise. They’ve promised to close the Pickering Nuclear Generating Station.

The NDP is unready, offensive, and outside the mainstream. It is clear their candidates are not ready to govern.

The Ontario PC Party has a plan for Ontario.

And we have a strong team of candidates who will get the job done. Candidates like Caroline Mulroney, Christine Elliott, Vic Fedeli, Lisa MacLeod, Rod Phillips, Greg Rickford, Roshan Nallaratnam and many, many others who will hit the ground running on day one.

An Ontario PC government will cut gas prices by 10 cents per litre, saving the average driver $222 per year.

We will reduce hydro bills by 12 per cent, saving the average household $173 per year.

We will introduce a refundable child care tax credit to save parents up to $6,750 per child per year.

We will introduce a minimum wage tax credit that will save low income workers as much as $850 per year.

We will cut taxes for the middle class by up to $786 per year.

We will implement a Customer Service Guarantee that will include “single-window” access for all provincial government approvals.

There is one thing I hear over & over again from the people - there is too much red tape for businesses. The PCs will introduce a customer service guarantee & deadline of 1-year for any gov't approvals you require.We will make Ontario a great place to invest and create good jobs! pic.twitter.com/YINUIE7lat

This means that every ministry and every agency will have one phone number and one website you can access to get all the approvals you need to create jobs — no guesswork or expensive lobbying required. And we will require that all decisions on permits are made within one year. There is no reason it should take any longer than that. There is no need to leave people hanging on decisions.

An Ontario PC government is going to create an era of prosperity the likes of which this province has never seen. We will cut red tape and encourage investment so that everyone will have access to a stable job.

My friends, help is on the way. On June 7, vote for prosperity. Vote for the Ontario Progressive Conservative Party.

Brace yourselves, Toronto. Change is coming.

I don't believe a single word

I don't believe a single word Doug. I know you want to suck us dry in an attempt to make the rich richer. But Andrea will save us Doug. We are smarter than you. And we believe in fairness, equality, justice, diversity. Go fight your legal battles as executor of you brother's estate.