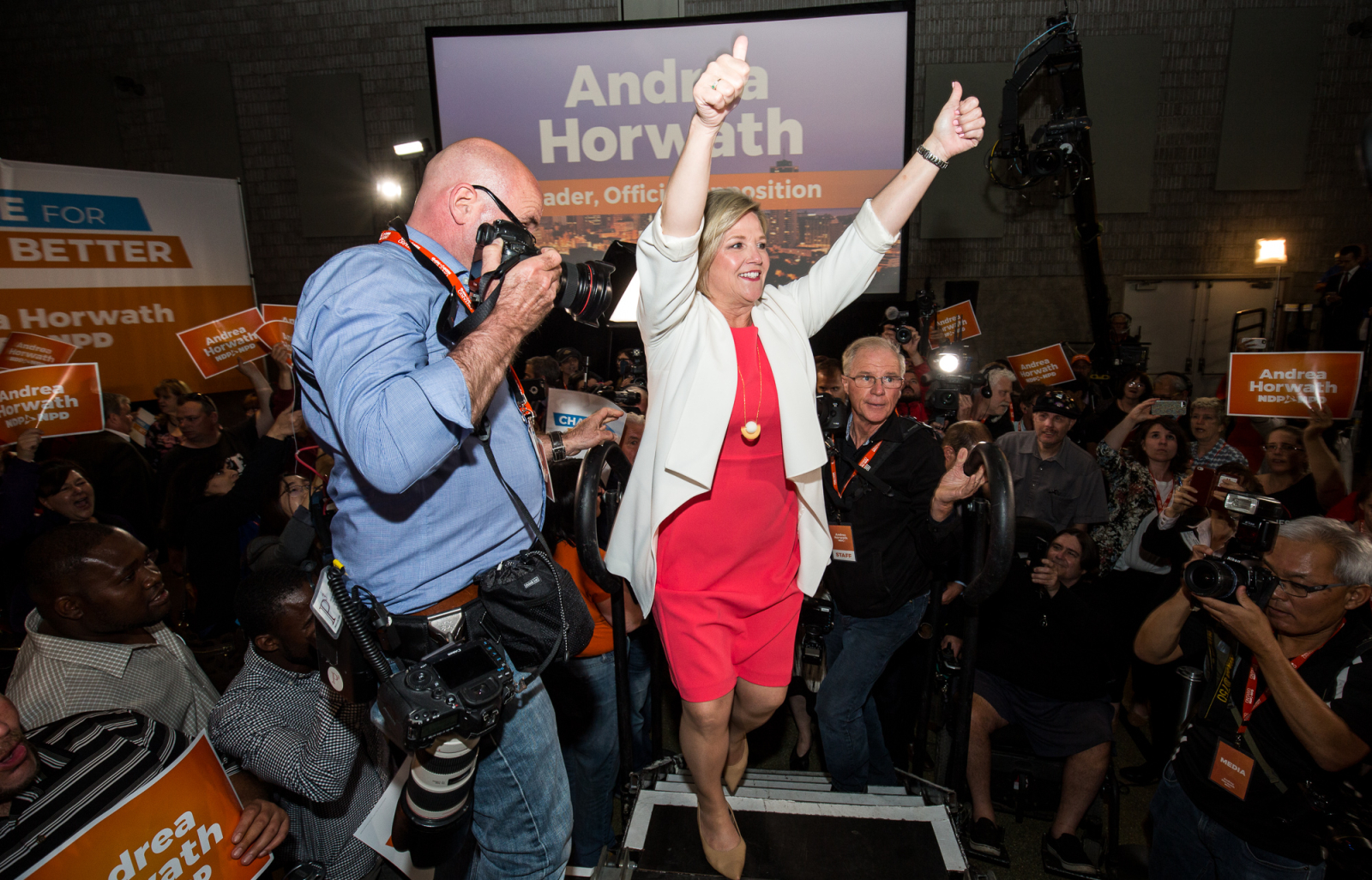 "As leader of the official Opposition, I will keep fighting for change for the better, and that work starts today," Horwath said Friday at Queen's Park in Toronto. "We have a big job ahead of us. The people of Ontario have asked us to hold Doug Ford accountable for every decision that he makes, and to continue putting forward our hopeful vision for the future of this great province."

Horwath sidestepped a question of whether she was disappointed that the NDP did not win government, as some polls suggested was possible, after leading the NDP through three elections. Of course she had wanted to accomplish a lot, Horwath said, "but we now have another job, and the people of Ontario have asked us to hold this Ford Conservative government to account."

She said she had stayed focused on her campaign throughout and was looking forward to leading the official Opposition.

"I'm excited, I've been given a new opportunity to fight for the people of Ontario," she told reporters. "I think since 1985, this is the largest opposition bench that's been elected to a legislature in our province for some time.

Horwath did not weigh in on whether the Liberals should be granted official party status anyway, as has been done for parties that fall short in the past. In 2003, she noted, the NDP were in the same boat until she was elected to the legislature in a byelection.

"That's what the people have decided, is the Liberals have seven seats, and it will be up to Mr. Ford if he wants to change that," Horwath said. "That's what they have in the legislature, and that's what they're going to have to deal with."

Most importantly, it's an

Most importantly, it's an opportunity for the NDP Nationwide at all levels, as the Ontario Liberals have apparently lost their party status.