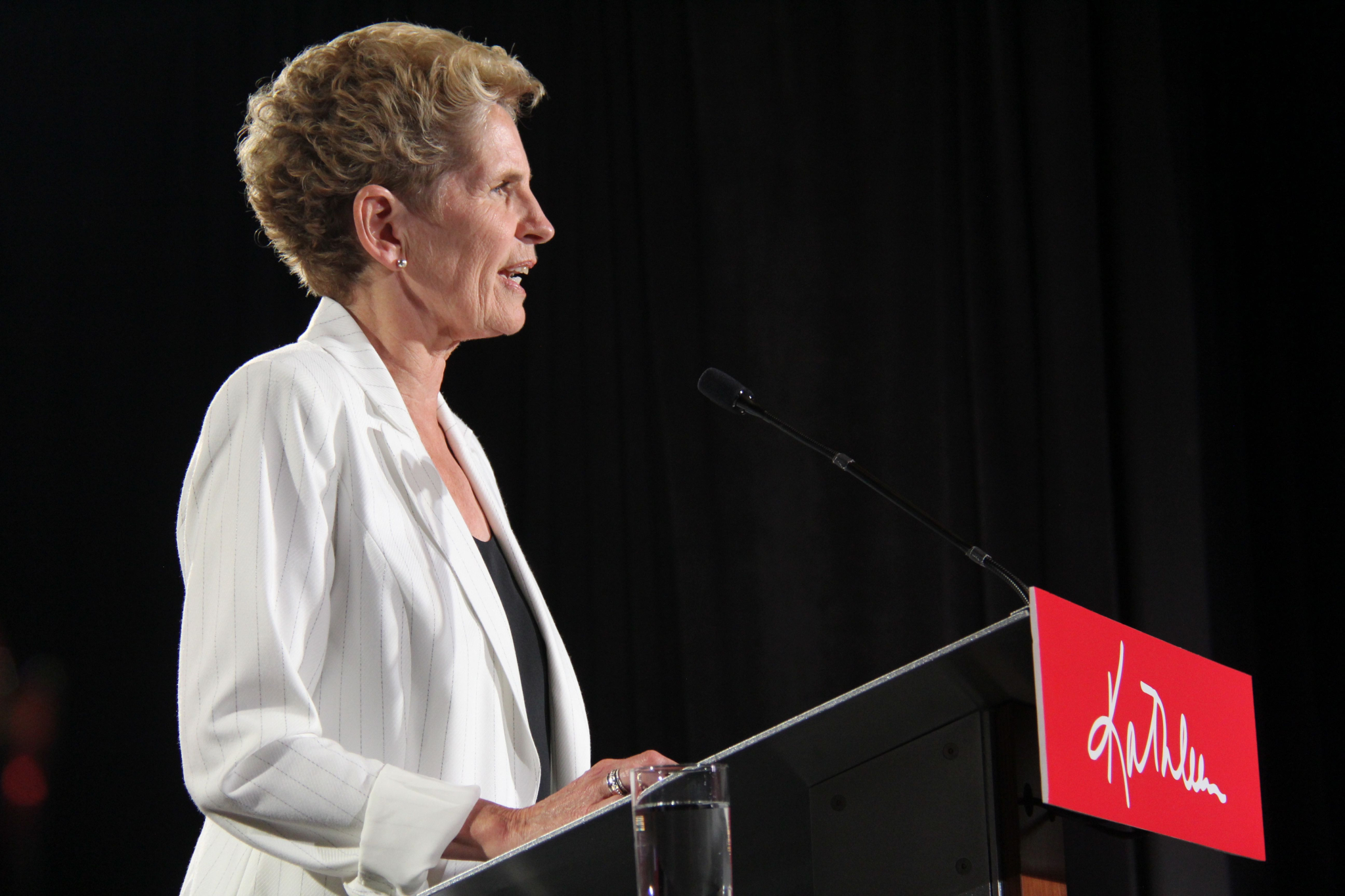 Ontario’s outgoing Liberal premier said she’s committed to making her handoff to Doug Ford on June 29, when his Progressive Conservative government will be sworn in, as smooth as possible.

Kathleen Wynne also said Friday she hopes Ford will see fit to allow the seven Liberals elected Thursday night to have official party status. Eight are required for the status that guarantees debate time in the legislature, questions in Question Period and funds for research.

"I think its important," she said. "I hope that Mr. Ford will agree."

The Liberals had made an exception for the New Democratic Party, which had only seven seats in 2003. She recalled a conversation where it was pointed out that "one day we could find ourselves in the same position, and so that is a bit of a cautionary note."

Wynne told reporters that she is not in a position to comment on what a Doug Ford term will look like. But she indicated she hopes he lives up to the expectations of those who elected him.

Some Liberals knew it would be a 'very tough night'

“Clearly Doug Ford has connected with millions of people across this province,” said Wynne. “Whatever it is that people have seen in him that make him seem like he’s on their side, I hope he really is."

Wynne spoke at a press conference at Queen’s Park the day after resigning as Ontario Liberal Party leader. She held onto her riding of Don Valley West as MPP, but was unseated by Ford. She was premier for five years and the Liberals had been in power for 15 years.

Nearing the end of an embattled provincial campaign, Wynne conceded a week in advance of the polls closing in a bid to protect as many Liberal candidates as possible. It wasn't enough.

She had spoken to all Liberal candidates leading up to election night.

"I talked to all of them and they knew it was tough and I think some knew more than others – some of the more seasoned people that had been members knew it was going to be a very tough night."

When asked what she made of Ford cutting into her televised speech – upending a tradition of the winner speaking last – she mentioned that she wasn’t aware it was happening at the time and that her parents did get to watch.

“Maybe it was just a rookie mistake,” she said. “Let’s chalk it up to that right now.”

Wynne began the press event with a short speech, noting what she described as the importance of journalism in healthy democracies.

“Even if some of you have been sharp with me,” she said, prompting chuckles from the audience of journalists, “but I just want to say to you and then to the people of Ontario that we have to remember that there is always a filter on information and we want that filter to be as transparent as possible.”

Wynne wants her portrait up fast

Later, a journalist raised Ford’s recent suggestion that he looks forward to "making sure that the media are always fair and balanced and aren’t always attacking."

“I don’t think it is the place of a politician to dictate to the press how confrontational or not they would be," Wynne added. " Your job, the job of the press is to hold us to account."

In closing, Wynne – who was the first woman elected to lead the province – said she hopes it won’t be too long before there’s another.

She explained that there’s discussion about when her portrait will be done to hang in the legislature, and that she wants that process to happen soon.

“I want to get that done as fast as I can,” said Wynne, “so that that becomes part of the narrative at Queen’s Park.”