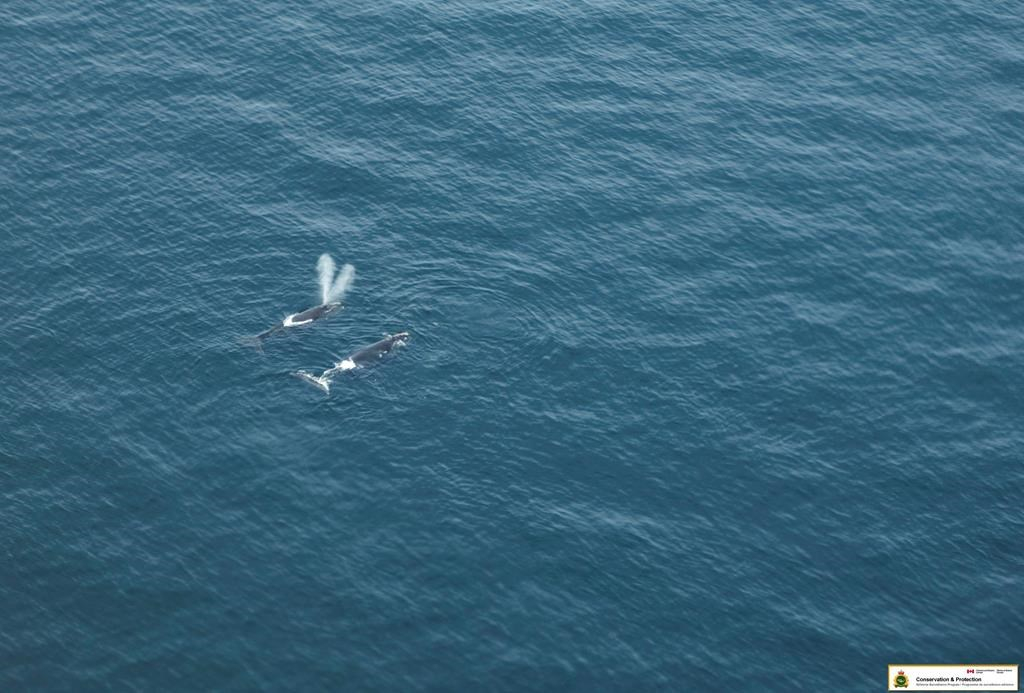 Right whales are seen in the south Gulf of Saint Lawrence in this May 5, 2018 handout photo. Handout photo by Fisheries and Oceans Canada, Conservation and Protection Branch
Previous story
Next story

The Department of Fisheries and Oceans says it considered the proposal by two groups including the Maritime Fishermen's Union, but will not exempt waters of up to 10 fathoms — or 18 metres — in depth.

Union president Carl Allen says the federal decision makes no sense because there have been no documented instances of right whales venturing into shallower waters of the Gulf.

Allen says lobster fishermen could lose about 25 per cent of their income this year because of fishery closures.

He says although his membership has been willing to co-operate with the measures so far, there may come a point where they say they've "had enough."

The department says the closures are the most effective way to protect right whales from entanglements in fishing gear.

The lobster and snow crab fisheries are scheduled to end in the Gulf of St. Lawrence at the end of this month.