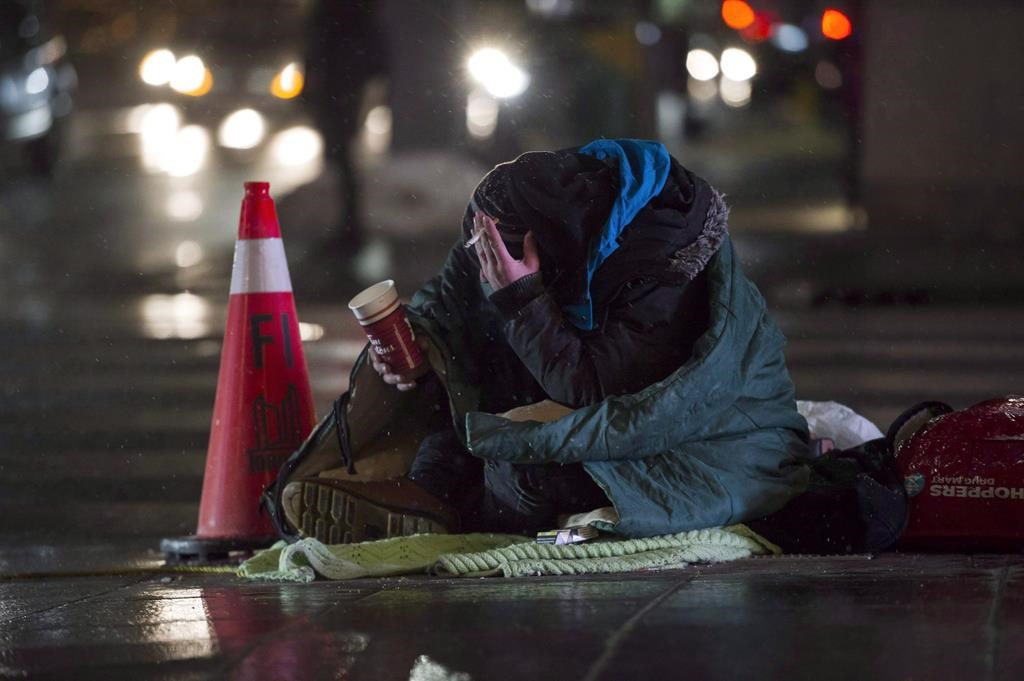 A homeless person is seen in downtown Toronto, on Wednesday, January 3, 2018. File photo by The Canadian Press/Christopher Katsarov
Previous story
Next story

A cornerstone federal strategy to combat homelessness is set to receive a makeover this week that's expected to focus on outcomes, rather than how quickly cities are spending.

The Homelessness Partnering Strategy is the key vehicle through which federal money flows to cities for funding local efforts to help people get off the streets and into homes.

Despite some successes, the program has come under criticism for having burdensome reporting requirements and too restrictive a scope.

Social Development Minister Jean-Yves Duclos is expected to address those concerns Monday when he unveils planned changes to the Homelessness Partnering Strategy and the rules governing $2.1 billion in program funds to be spent over the next decade.

The government is expected to take an outcomes-based approach to the fund by providing money in exchange for results, rather than timely spending.

The changes are also expected to allow money to be spent on projects that are outside the "housing first" umbrella, which stipulates that they find housing and services for people right away, rather than requiring them to seek treatment first.

The Liberal government has taken a long look at the program after hearing complaints from cities about cumbersome reporting requirements, inadequate funding and unrealistic expectations about how quickly the money could be spent.

The 2017 federal budget doubled the amount of money the government plans to spend on the program over the next decade.

It targets local programs that help two groups: the chronically homeless, and those who repeatedly find themselves living on the street. Between 2014 and 2016, federally targeted spending helped put more than 6,000 people into stable housing, with 41 per cent of them still housed after one year, a recently released evaluation concluded.

The evaluation also raised concerns that funding allocations for cities hadn't taken into account substantial demographic changes over the past few years, including the growth of cities out west.

In May, an advisory panel recommended widening the definition of homelessness to provide programs beyond those targeting the chronically and episodically homeless, and rework the homelessness strategy to better meet the needs of women fleeing domestic violence, LGBTQ youth, veterans, and Indigenous Peoples.

It also called for a firm deadline for eliminating homelessness in Canada.

The announcement Monday in Toronto will mark the latest piece of a national poverty-reduction strategy the Liberals have promised to deliver in its entirety by next year.

Right to housing to be mainstay of $40B national housing plan, Duclos says