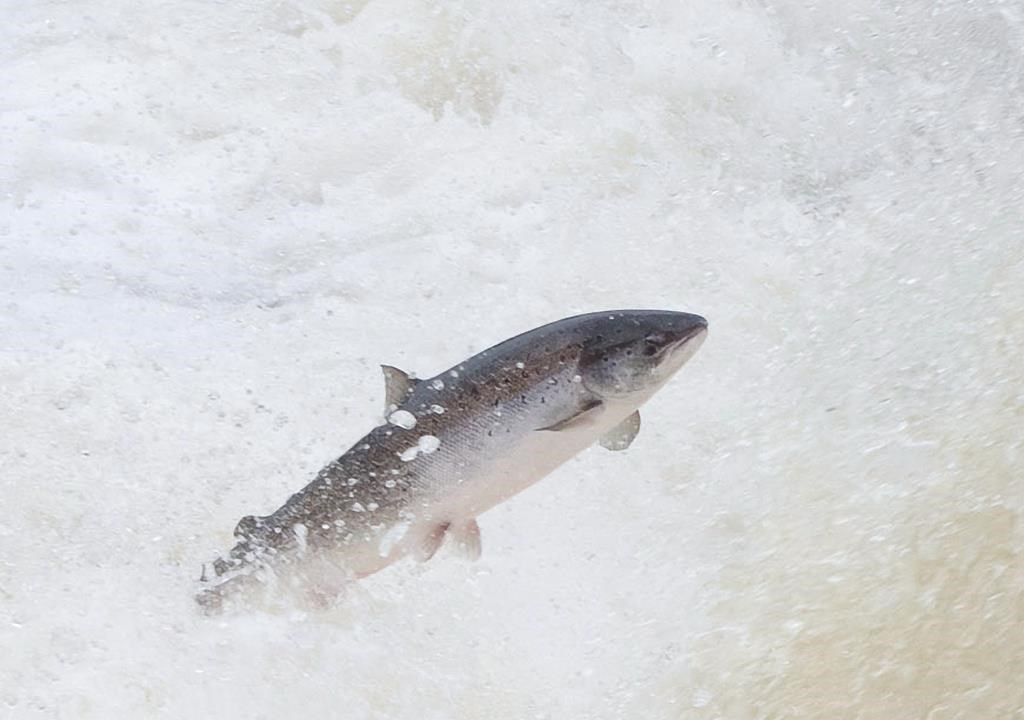 A wild salmon returning from the sea climbs up Big Falls on the Humber River in Newfoundland on its way to spawn in this undated handout photo. Handout photo by Tom Moffatt/Atlantic Salmon Federation
Previous story
Next story

A new report from a group advocating for the protection and conservation of wild Atlantic salmon says the number of salmon in North American rivers has dropped for the second year in a row.

The Atlantic Salmon Federation's annual State of the Populations report says numbers in 2017 dipped overall by 15 per cent compared to the year before, and only half of the 84 rivers assessed in North America met the minimum conservation limit required to safely sustain the species.

Federation spokesman Neville Crabbe says the drop can be attributed to a number of causes, including overfishing and low marine survival rates for juvenile fish.

While numbers vary widely from region to region, Newfoundland and parts of southern Labrador experienced the biggest decline, with their number of returning wild Atlantic salmon falling 45 per cent since 2015.

Crabbe says the federation plans to ask delegates gathering in Maine this week for the summit of the North Atlantic Salmon Conservation Organization to take measures in their home waters to help preserve wild salmon populations.

He adds that the federation recently secured a 12-year conservation agreement between the North Atlantic Salmon Fund and fishermen in Greenland, which they hope will lead to Atlantic salmon numbers rising again in 2019.