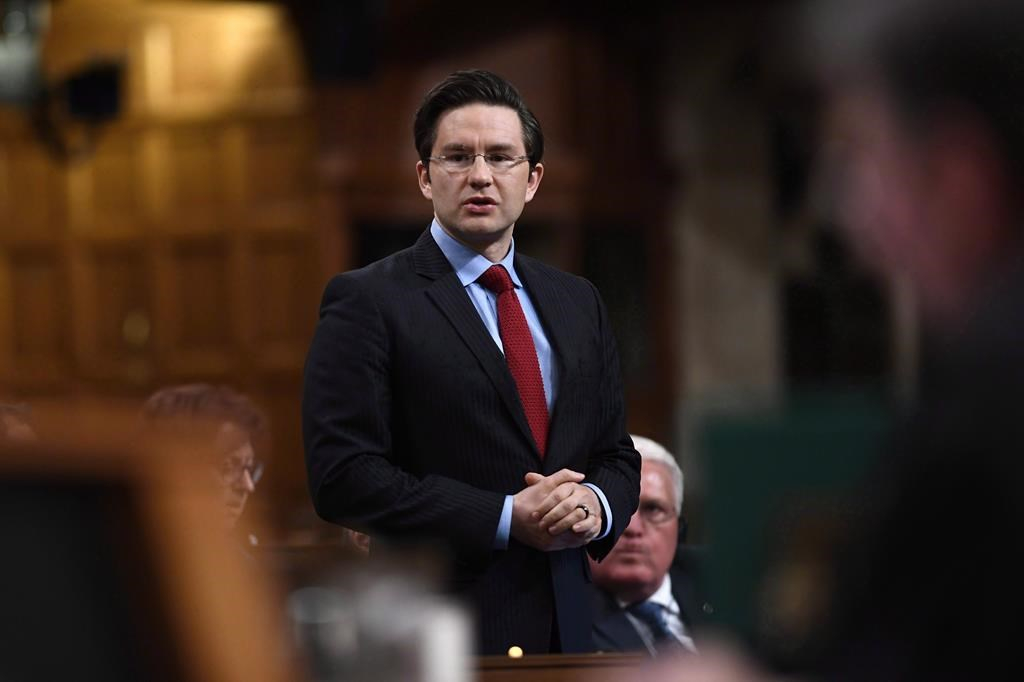 Conservative MP Pierre Poilievre speaks during a Committee of the Whole in the House of Commons on Parliament Hill in Ottawa on Tuesday, May 22, 2018. File photo by The Canadian Press/Justin Tang
Previous story
Next story

The Conservatives threatened to force the House of Commons to sit all night Thursday if the government did not agree to produce an analysis of how much its carbon price is going to cost Canadian families.

Finance critic Pierre Poilievre says it's his goal to make the government feel "as uncomfortable as possible."

With the Conservatives feeling emboldened by the Ontario election win for Doug Ford, who campaigned on a promise to get rid of that province's cap-and-trade system, Poilievre planned to table a motion demanding the Liberals produce documents on the cost by June 22.

The motion comes after weeks of political pressure from Poilievre and other Conservatives, who were given documents through the Access to Information Act that referenced such an analysis but blacked out the details.

The Liberals are requiring every province to have a price on carbon of $20 per tonne by next year, rising to $50 per tonne by 2022. Legislation to establish a federal carbon price that will be imposed on provinces that don't comply is part of the spring budget implementation bill.

"We know what it’s going to cost in the four provinces that have a system," she told reporters. "For example in British Columbia you know that they’ve given the revenues back through tax cuts to businesses and to people of B.C.. That’s what you can look at. That’s what you can model."

McKenna has argued the costs to families will change, depending on how provinces decide to use revenues from the carbon tax — but she hasn't yet explicitly said how Ottawa will return the revenues to people who live in a province where Ottawa imposes its price.

"We will make the government as uncomfortable as possible until they tell the truth," Poilievre said.

The Conservatives say the people of Ontario rejected the idea of a carbon tax when they elected Ford last week, although the Liberals counter that a majority of Ontario residents actually voted for one of the two parties that support carbon pricing.

Poilievre says if the Liberals believe their carbon price policy is legitimate they should show the costs and defend them.

And he says they can vote for his motion without backing away from their policy.