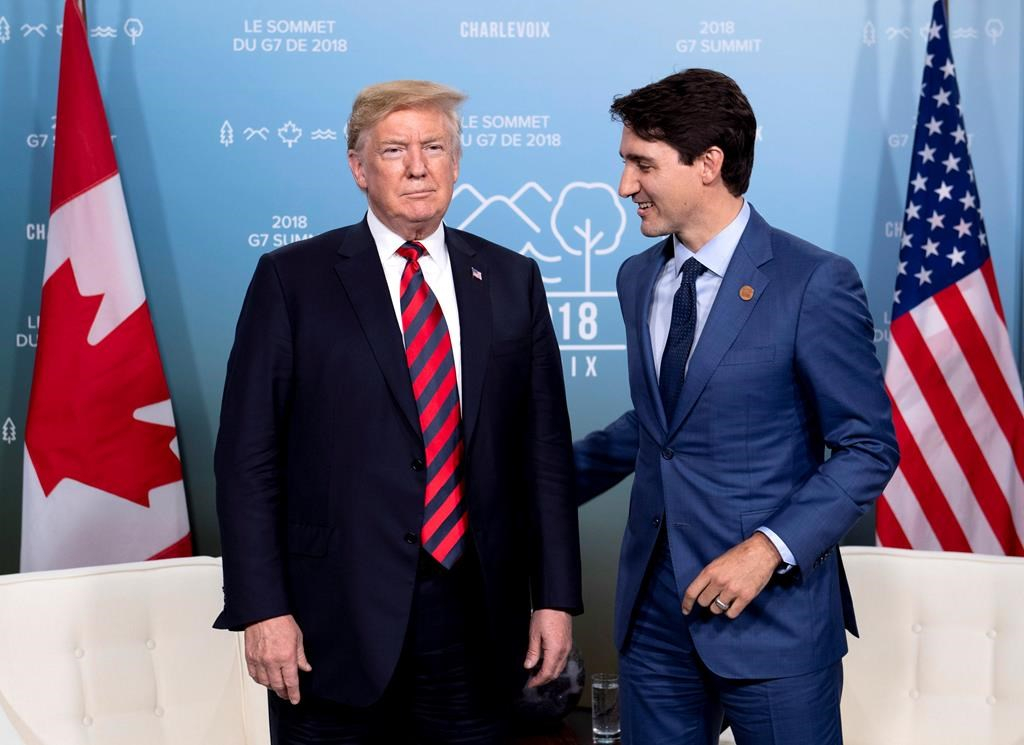 Social media users are pledging to #BuyCanadian amid a simmering trade standoff with the U.S., but experts say pocketbook patriotism may have unintended consequences on both sides of the border.

Bonnie Hallman of Winnipeg says she cancelled a long-desired trip to Alaska shortly after President Donald Trump took aim at Prime Minister Justin Trudeau for pushing back against American tariffs on steel and aluminum.

The 53-year-old says she's now booked to visit P.E.I. next summer because she would rather spend her dollars towards supporting Canadian tourism.

Scott Chamberlain, a father of four in Ottawa, says he's been trying to fill his grocery cart with mostly homegrown goods to bolster the Canadian producers who could be hardest hit by cross-border friction over trade.

Robert Wolfe, a professor emeritus at Queen's University's School of Policy Studies, says the #BuyCanadian movement could fan the flames of a trade war in which no side would prevail unscathed.

He says the mirror of 'buy Canadian' is 'buy American,' which could have a detrimental impact on Canadian companies trading in the U.S. market.

"If it starts to escalate the Canada-U.S. tensions so that Americans begin to think we're actually just mad at them, as opposed to mad at their president, that could be difficult for Canada-U.S. relations, and ultimately, not good for the economy."

Food economist Mike von Massow of the University of Guelph says a show of Canadian fiscal solidarity may buttress the country's position in trade negotiations, but swearing off American-made products is easier said than done.

An online poll conducted by Abacus Data between June 1 to 6 — after Trump said he would impose tariffs on Canadian aluminum and steel but before trade tensions erupted at last week's G7 summit in Quebec — found that more than half of 2,200 Canadian surveyed reported that they intend to avoid buying U.S. wines and cross-border shopping.

The polling industry's professional body, the Marketing Research and Intelligence Association, says online surveys cannot be assigned a margin of error because they do not randomly sample the population.

"Crudeau Oil" in Ottawa and

"Crudeau Oil" in Ottawa and Dim Doug Donald of Ontario leave me no good reason at all to strictly buy Canadian. Until things can improve in both Ottawa and Ontario provincial politics, I'll just carry on with my normal routine.