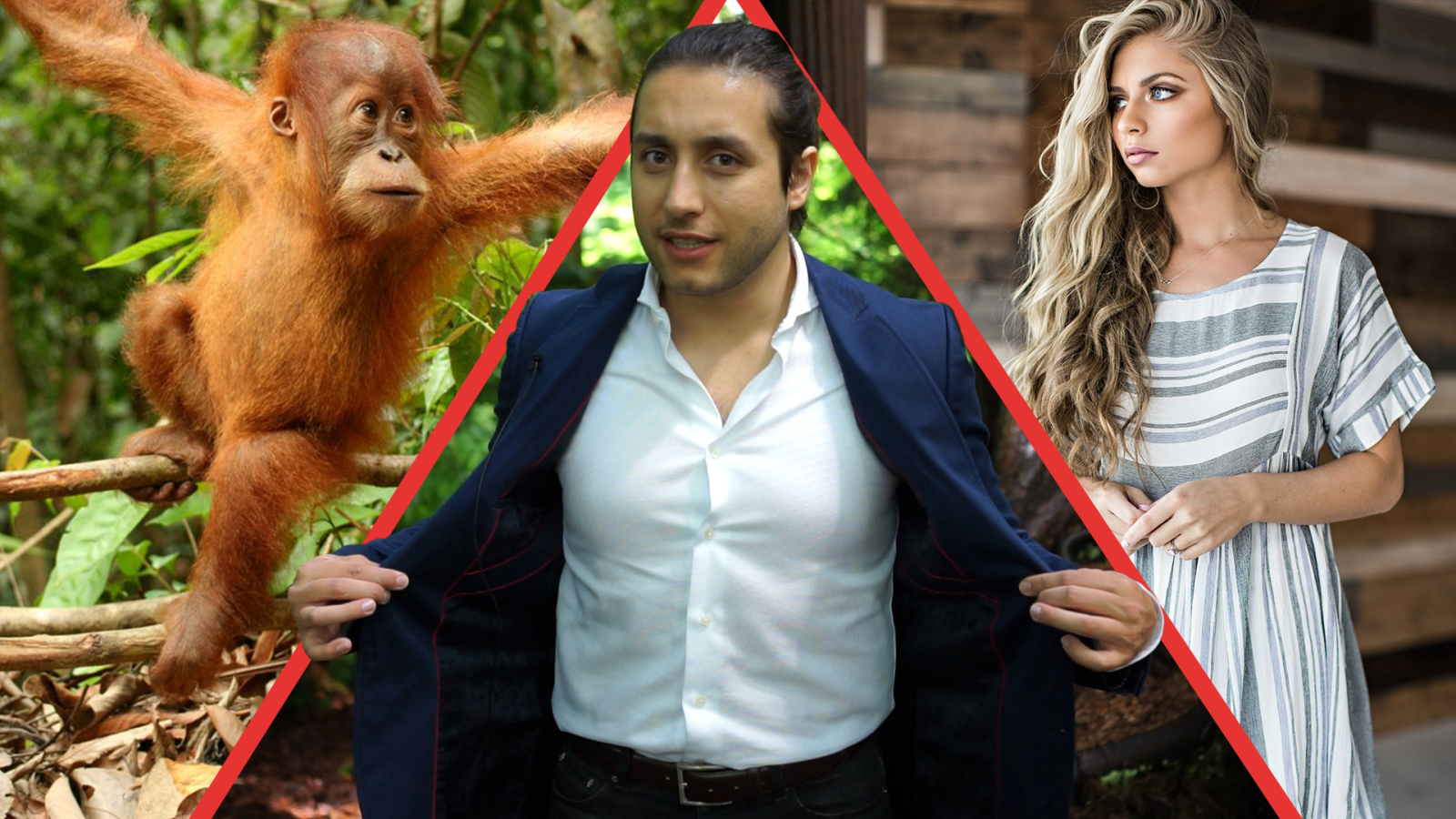 The common clothing material, rayon, is made from ancient and endangered forests around the world. Photo by Michael Ruffolo and Michaël Catanzariti
Previous story
Next story

Did you know that the dress you’re wearing, or the jacket you’re rocking, or the new polo you’re sporting might be destroying orangutan habitats in Indonesia?

In the video below, Michael Ruffolo takes the shirt off rayon.

Did You Know? is a video series by Michael Ruffolo, National Observer

Michael Ruffolo: Did you know that there is a direct link between the fashion industry and orangutan habitats in Indonesia?

It’s through a material called rayon. And the manufacturing of rayon is leading to the destruction of forests worldwide. It turns out that fashion has a hidden cost that isn’t found on the price tag.

This is National Observer: 'Did you know?'

Okay, so, what exactly is rayon? Or as it’s also known, viscose?

Well, rayon is made from cellulose fibre. So that’s the wood and bark and leaves of trees.

Rayon is found in dozens of products that we use every day. It’s commonly used in clothing because it can imitate the look and feel of silk, cotton, wool and linen. It’s also used to make cellophane and sausage casings. And it’s even found, a lot, in the lining of suit jackets.

Alright, great! We have this natural product, like cotton or silk, that can be used in dozens of industries worldwide. So what’s the problem?

Well, unlike cotton we can’t really grow trees in the same way that we plant and grow crops of cotton. It just takes a long time to regrow a tree.

And even when we do use quick growing plants to make rayon, like bamboo, we’re often cutting down swathes of endangered forests in order to make way for these fields.

It’s not that we’re using rayon. It’s more about what we’re losing to create the beautiful garments and dresses that we see on mannequins and runways.

I spoke with Nicole Rycroft. She’s the founder and director of Canopy, a Vancouver-based non-for-profit. They work with the world’s largest corporations to shift how they source their rayon. I’m talking major fashion labels, like: Gucci, Eileen Fisher, H&M, Zara, Alexander McQueen, and Levis. Nicole founded Canopy through a belief that we can always do better.

Ruffolo: The truth of the matter is, we’re cutting down 150 million trees every year for next season’s fashions. And that number is slated to hit 300 million within the next decade. Many of these forests that we’re cutting down are ancient and endangered. These are irreplaceable forests that are invaluable to both humans and animals. Some of these forests include the Canadian Boreal forests of the north. The coastal temperate rainforests of British Columbia. Kinda like the one I’m in right now. And the tropical rainforests of Indonesia. Which are some of the only homes to the critically endangered orangutans.

Ruffolo: Nicole is talking about the difference between primary and secondary generation forests. Sure, once we cut down all the trees we can replant them, of course. But it will take hundreds upon hundreds of years before the new forest resembles the one before it. And in some cases, like in the nutrient poor soils of tropical rainforests, secondary forests just don’t succeed. Period. So is a jacket really worth it?

So what about rayon? Well, there will always be a need for clothing and packaging, and rayon is too useful of a product to just give it up immediately. We don’t need to stop manufacturing it, Rycroft says, but we can change the way in how we source our materials. Since Canopy started working with fashion brands in 2013, companies that produce 70 per cent of the world’s global supply of rayon have committed to stop sourcing from ancient and endangered forests. Before Canopy, the amount of manufacturers that made this commitment was zero.

This has led to 25 million acres of the worlds species and carbon rich forests have been formally protected or are now under moratorium from logging.

But how can you help? How can you make a difference? Well, thankfully, Canopy is doing most of the heavy lifting. They have a list of trendsetters, well over 150, that are all shifting the marketplace by getting rayon from sustainable sources.

What about National Observer?

Are you wearing rayon?

Good vid! I'm sending it on.

Good vid! I'm sending it on. BUT there is a typo in the subtitles! Ruffalo: "But it will take hundreds upon hundreds of years before the new forest resembles the one before it." The subtitles show the 2nd "hundreds" spelled as "hundrends". Yeah, picky, I know. But as a former editor this stuff jumps out at me.

This is really well done and

This is really well done and eminently shareable on social media. Congrats on the idea of doing this series, and congrats to Mike Ruffolo for his engaging writing, video and personality.

Linda and Nicole, two women that have and are making a huge difference in our world. Thank you to both of you for all that you do. Mother Earth is grateful. Good interview Michael.

This video is an eye-opener.

This video is an eye-opener. How can we distinguish between rayon made from sustainable sources and that which isn't?