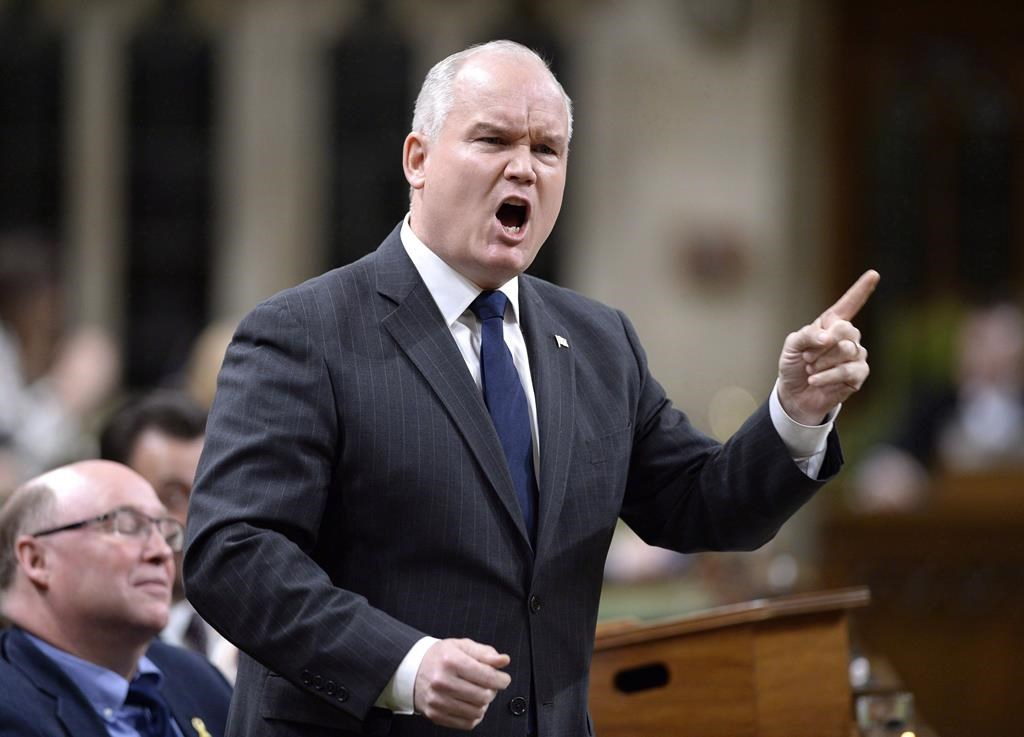 Conservative MP Erin O'Toole asks a question during Question Period in the House of Commons on Parliament Hill in Ottawa on March 2, 2018. File photo by The Canadian Press/Justin Tang
Previous story

While Donald Trump launched his latest tirade against the familiar Canadian targets of tariffs and dairy, nervous opposition MPs demanded answers on how to defend against the president's next expected attack — potentially crippling auto tariffs.

The Trump administration has already imposed punishing tariffs on imports of steel and aluminum from Canada, Mexico and the European Union, using national security as a justification.

But it is the investigation launched by the Department of Commerce — using the same national security clause — into whether tariffs should be slapped on cars and light trucks entering the U.S. that sparked major concern Tuesday for Conservative and New Democrat MPs.

Freeland, who was testifying before House of Commons trade committee, wouldn't tip the government's hand, but she committed to hitting back hard with retaliation similar to Canada's $16.6 billion response to the new U.S. metal tariffs.

"We absolutely understand the centrality of the automotive sector to our economy, to our relationship with the U.S. and to NAFTA," Freeland said.

"We know all that, and respectfully I thank you for your work on that, but what we don't know is: what is the plan?"

Carrie echoed the concern of New Democrat trade critic Tracey Ramsey, who cited Monday's TD Economics report that said auto tariffs could result in the loss of one in five auto sector jobs and create permanent "scarring" of the Canadian economy.

Ramsey said the government needs "a comprehensive auto strategy that isn't just about a pool of money but also a strategy across the board in our own country to combat the threat of these tariffs."

Carrie said he was worried about the government's ability to craft a plan given it is running deficits and doesn't have a lot of fiscal room to deal with what he called the "eventuality" of U.S. auto tariffs.

Freeland said Canada was working on a response that was "firm, clear and resolute" like its response to the steel and aluminum tariffs.

"Our preparations in support of the auto sector are equally detailed and our support will be equally firm and clear and that's a commitment."

Moments before Freeland's testimony, Trump unleashed a fresh attack, accusing Canadians of sneaking their American shopping back home — all because of what he calls "massive" tariffs on American goods.

Speaking to a gathering of small business owners in Washington, Trump again blasted the North American Free Trade Agreement, saying the U.S. can no longer afford to be the "stupid country."

Canada imposes such onerous tariffs on U.S. products — shoes, for instance — that people are forced to "scuff 'em up" in order to "smuggle" them home, the president said, seemingly confusing tariffs with duties.

Trump said he's looking out for American farmers and manufacturers, as he again took issue with Canada's supply management system for dairy farmers.

Freeland told the committee the "absurd and insulting" U.S. metal tariffs will be met with a firm response on July 1.

The government has finished consulting Canadians on its proposed list of American consumer goods — dozens of items from Kentucky bourbon, to candles, to felt-tipped pens — and will be making some tweaks on which will be slapped with new duties, Freeland said.

"We will be using that feedback to modify the list," she said. "We will not escalate, and we will not back down."

Freeland met last week with Trump trade czar Robert Lighthizer and spoke to him Monday by phone. She also spoke with U.S. Secretary of State Mike Pompeo over the weekend. She said Canada, Mexico and the U.S. will continue negotiating NAFTA through the summer and that she is convinced there is "goodwill" moving forward.

Earlier Tuesday, the official Opposition called for an emergency debate in the House of Commons over the future of Canada-U.S. trade relations.

Conservative foreign affairs critic Erin O'Toole said Canadians need to see their elected representatives addressing what is the biggest economic crisis in their lifetime. But Commons Speaker Geoff Regan said the issue did not meet the requirements for an emergency debate.

Canada's supply management a flashpoint in NAFTA talks: Here's why