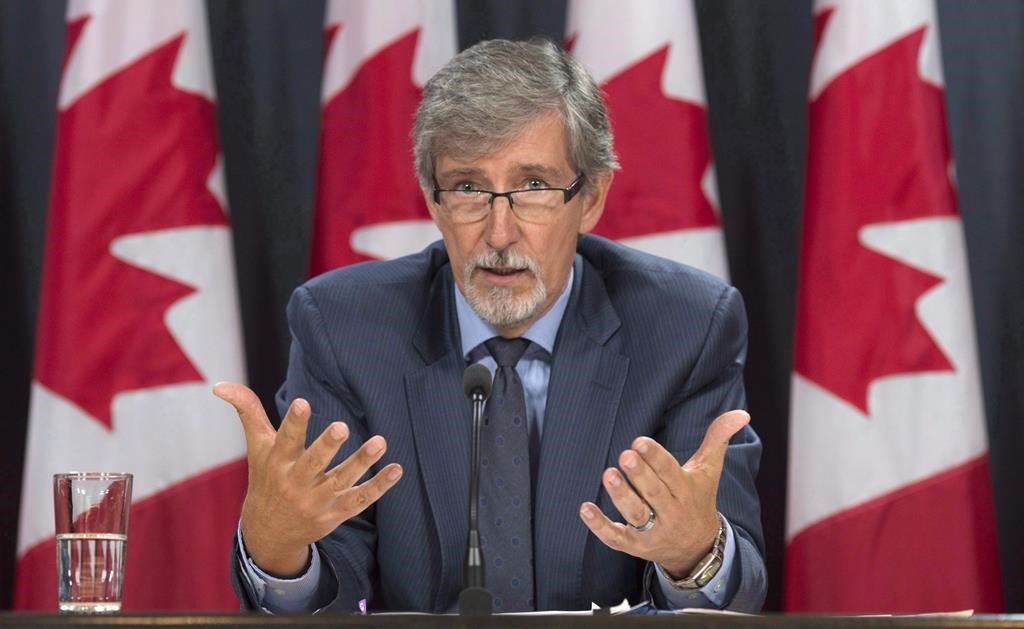 Privacy commissioner Daniel Therrien responds to a question during a press conference on Tuesday, September 27, 2016 in Ottawa. File photo by The Canadian Press/Adrian Wyld
Previous story

Canada and the United States have begun sharing information about suspected terrorists under a revamped agreement even though the federal privacy watchdog is still studying the possible risks for Canadians.

Privacy commissioner Daniel Therrien recently received a federal assessment of the new version of the program known as Tuscan, short for Tipoff U.S./Canada, to gauge its implications for sensitive personal data.

Established in 1997, Tuscan is a U.S. list of names and other basic information about known or suspected terrorists. It has long been shared with Canadian border and immigration officers who compare the names of people arriving in, or applying to come to, Canada against the roster.

Public Safety Canada and the U.S. Terrorist Screening Centre signed an updated Tuscan arrangement in early June 2016, with the changes expected to take effect in summer or fall of 2017, say internal memos released under the Access to Information Act.

Officials say the new arrangement is now in place. However, authorities are still fine-tuning details of the revised Tuscan.

The internal records show Therrien expressed concerns about several aspects of a revamped Tuscan arrangement in December 2016, including any additional sharing of the information, how long the data would be kept and redress measures for people mistakenly affected.

The deputy minister of public safety replied in March 2017 that written protocols and a privacy impact assessment — a measure intended to help eliminate or reduce risks involving sensitive personal data — "will address the outstanding concerns that you have raised."

Therrien's office recently received the privacy assessment on use and management of Tuscan information, said Tobi Cohen, a spokeswoman for the commissioner.

"We will provide our views to Public Safety in due course."

Martel said a summary of the privacy assessment would be posted to the Public Safety website in coming months.

In a 2017 report, the U.S. State Department's Bureau of Counterterrorism and Countering Violent Extremism mentioned Tuscan, alluding to challenges in working out the details. "There are some deterrents to more effective Canadian domestic law enforcement and border security, most of which include privacy and disclosure issues."

The U.S. Embassy in Ottawa had no comment Thursday on Tuscan.

Draft operating procedures released under the access law say that, if there is a match against the U.S. list, the Terrorist Screening Centre would then immediately provide "derogatory indicators" to the Canada Border Services Agency.

The border services agency, in turn, could then inform the U.S. centre about the encounter on a "case-by-case basis" if the border agency is satisfied that the individual poses a threat to national security or the security of other countries by engaging in a violent act of terrorism or other "significant terrorist activity."

The draft procedures also say the border agency may ask the U.S. centre to remove someone from the Tuscan list based on a "written justification" that disputes "derogatory information as appropriate."

The U.S. would notify the border agency if it decided to keep someone on the roster in spite of a removal request.