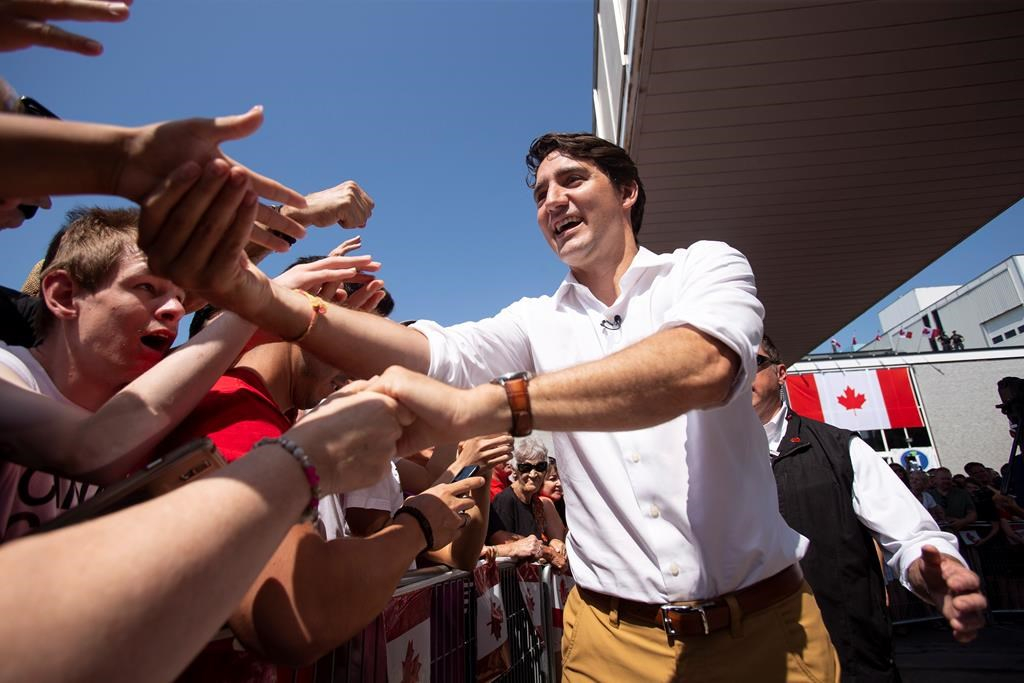 Prime Minister Justin Trudeau says he does not remember any "negative interactions" during an event he attended 18 years ago in British Columbia — acknowledging for the first time allegations of sexual misconduct that recently resurfaced about him at the event.

Trudeau told reporters in Regina today that he remembers attending the music festival in Creston, B.C., but doesn't recall anything going amiss.

"I remember that day in Creston well, it was an Avalanche Foundation event to support avalanche safety. I had a good day that day. I don't remember any negative interactions that day at all," Trudeau said.

This marks the first time Trudeau has offered direct comment on the 18-year-old allegation that has resurfaced in media reports in recent weeks.

However, his answer is the same one that has been provided by his office in response to recent questions about the allegation.

The alleged incident reportedly took place in 2000 at a music festival where money was being raised for the Avalanche Foundation, a charity Trudeau became involved with after his brother Michel died in an avalanche in 1998.

In the days that followed, an editorial appeared in the Creston Valley Advance alleging Trudeau had apologized to an unnamed female reporter at the newspaper after "groping" her at the event. It alleged he told the woman he would not have touched her if he had known she was reporting for a national newspaper.

The unsigned editorial resurfaced recently and has led to calls for the prime minister to address the allegations.

He answered one question on the issue Sunday, but did not offer an opportunity for any follow-up questions.

The Canadian Press has made efforts to speak to the other person involved in the alleged incident, but those efforts have so far been unsuccessful.

With files from Sam Maciag in Regina.

I thought an editorial was

I thought an editorial was written by the editorial staff. How do you get an 'unsigned' editorial? This is a non story if I ever saw one. I subscribe to National Observer to get facts, not gossip.