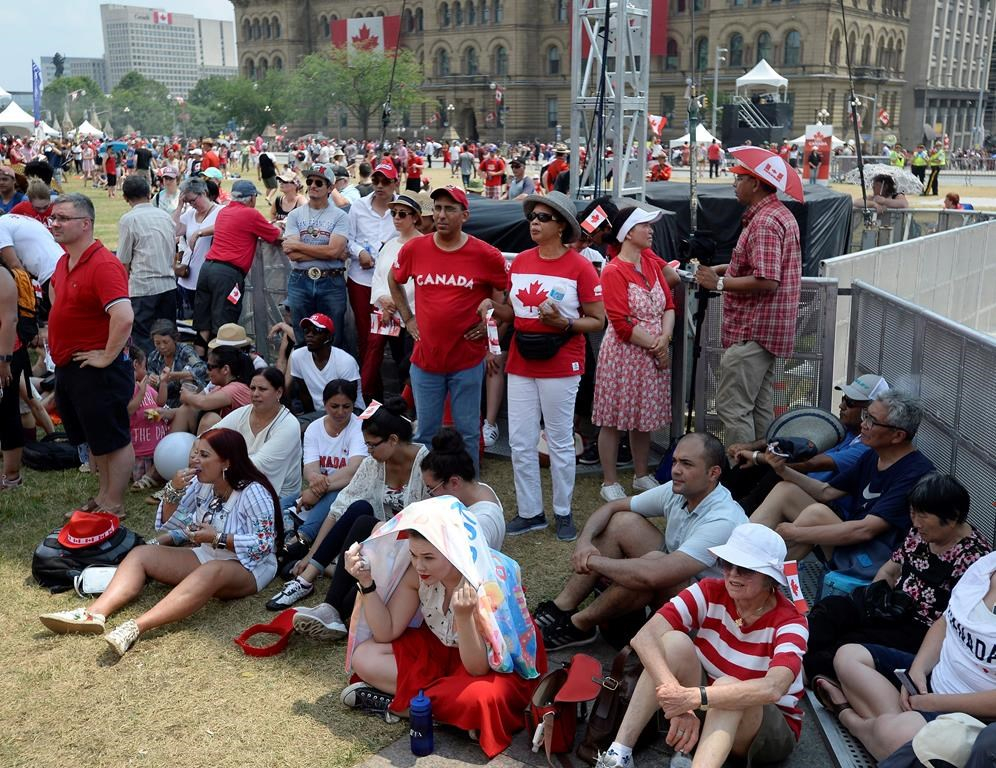 People rest in the shade during the Canada Day noon show on Parliament Hill in Ottawa on Sunday, July 1, 2018. Photo by The Canadian Press/Justin Tang
Previous story
Next story

A scorching heat wave has kept crowds on Parliament Hill smaller than usual for Canada Day festivities in the nation's capital.

Paramedics in Ottawa have been busy responding to holiday revellers in distress, mainly due to the heat. Temperatures were above 34 C with a humidex that reached 47 C in the afternoon.

By 2 p.m., paramedics had attended to 54 patients at Canada Day events. Seven people were taken to hospital with heat illnesses or heart problems.

"Most of what we're seeing is mostly due to heat," said Marc-Antoine Deschamps, a spokesperson for the Ottawa Paramedic Services.

"People have been pretty good to follow our advice ... so it has kept our call volume fairly low, but it's still busier than usual."

Both Ottawa police and the parliamentary police force report that there have been no security incidents on or around Parliament Hill.

But officials do say they've noticed a drop in the number of participants this year, which they attribute mainly to the heat.

"We've noticed there's a smaller crowd out there and probably the biggest logic behind it is the heat itself," said Const. Chuck Benoit of the Ottawa Police.

Police officers themselves were also affected by the heat, and took shorter shifts to hydrate and seek air-conditioning relief throughout the day.

Canadian Heritage said only 6,000 people attended the noon-hour show on Parliament Hill, which is thousands less than last year.

Later in the day, a spokeswoman for the department said more than 19,000 people had attended the day's festivities.

However, Natalie Huneault said the numbers couldn't be directly compared to previous years because of the use of a new security system that tracks entrance numbers.