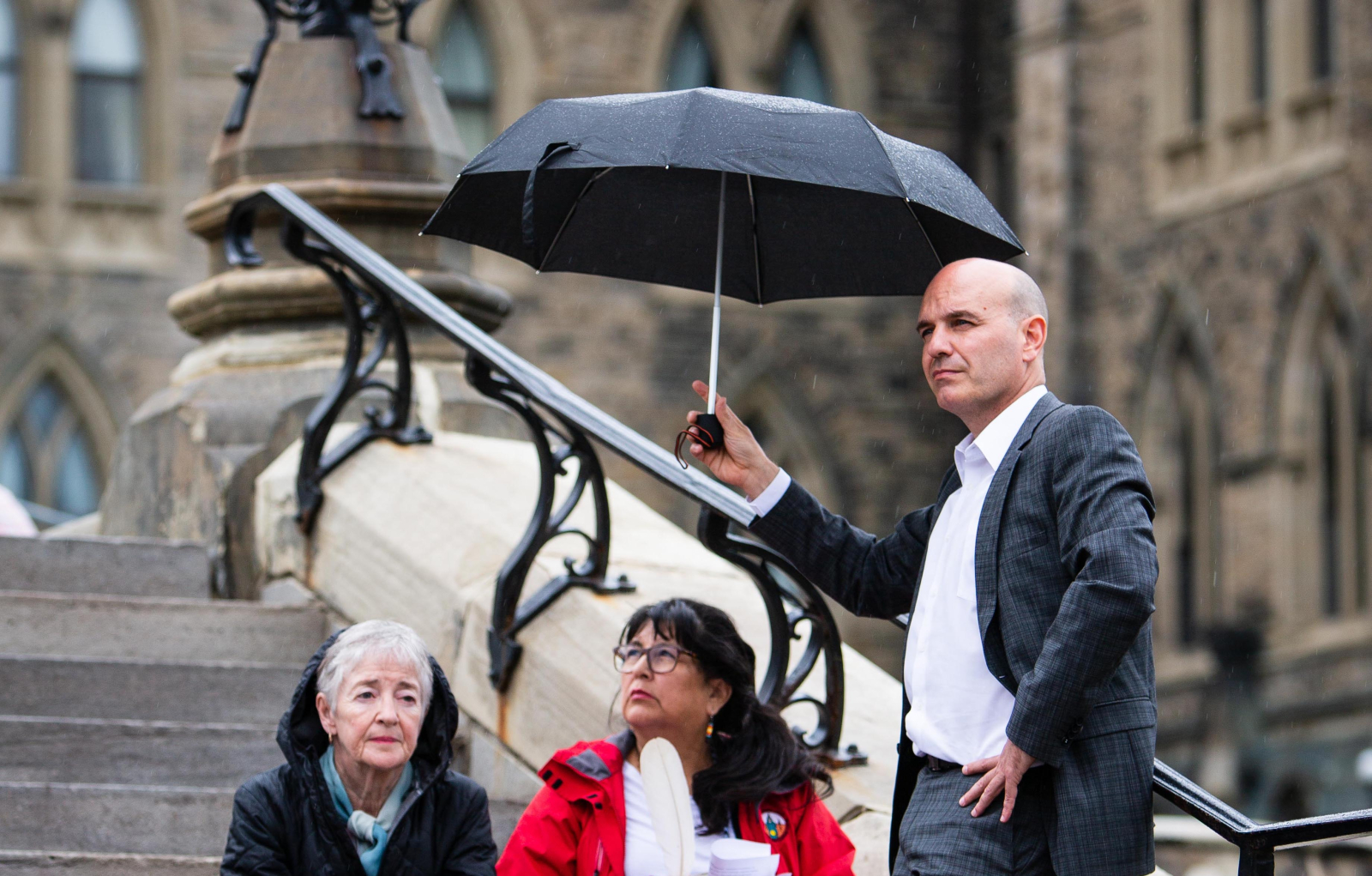 Most Canadians would agree that there are few laws more important than those which preserve the integrity of our democratic process. Indeed there has been a long-standing parliamentary tradition that any changes to Canada’s election laws are reached only through a multi-party consensus, without the sort of partisanship which all too often characterizes debate in Parliament.

This convention was challenged back in 2014 when Stephen Harper’s Conservatives forced the Fair Elections Act through Parliament. Their changes to Canada’s election laws were a cynical attempt to make it more difficult for some groups to vote, with the removal of the voter information card as a valid ID and vouching for electors unable to prove their residency directly disenfranchising many Canadians. Young voters, First Nation, Metis and Inuit voters and those of lower income were all badly affected. These measures were met with strong opposition from the NDP and an overwhelming consensus amongst experts that the new laws would seriously harm Canadian democracy. The Liberals even promised that they would repeal the act if they won power.

In November 2016 the Liberal government introduced Bill C-33 which repealed much of what we called the Unfair Elections Act. Yet that bill has been waiting on the order paper for over a year and a half, with the Liberals taking no action to move it forward through Parliament.

Then, after Elections Canada’s own deadline to make any changes to election law in time to implement them before the next election, the Liberals suddenly introduced Bill C-76. This 350 page-omnibus bill made sweeping changes to the Canada Elections Act. Along with once again repealing the worst provisions in the Unfair Elections Act, this bill looks to completely reform spending laws, creating an entirely new ‘pre-writ’ period where spending is restricted.

New Democrats are very keen to see reversed the damage done by the Harper government to our election laws. Right now Canada’s democratic institutions face unprecedented threats that strike at the heart of the integrity of our elections. From concerns the Cambridge Analytica scandal has raised on the mass collection of data, the spread of misinformation online, the malicious influence of foreign actors and the demand to overhaul spending limits for third parties, action is needed now to strengthen our election process. We want the government to succeed on this file. That desire has not been met with concrete or determined action on the part of the government.

By introducing this so late in the parliamentary sitting, the Liberals were rushing to get this bill through the House before the summer break. Not only was this a deeply concerning disregard for the timelines required to ensure the smooth implementation of these changes, but by introducing such a volume of legislative changes within a single bill the Liberals displayed a sheer disdain for transparency. The Harper Conservatives frequently turned to omnibus legislation to avoid scrutiny; unfortunately it seems the Liberals are increasingly following such an approach.

My colleagues and I on the Standing Committee on Procedure and House Affairs were given little time to properly scrutinize the bill. I firmly believed that such significant changes to our democratic institutions required a nation-wide tour to hear from the public and properly reflect on how our election laws should evolve to meet the challenges democratic institutions today face.

Instead, our committee was given only a week to hastily assemble witnesses and to begin to understand these complex issues which strike at the heart of our electoral process.

Despite the poor consultation and the lack of time to scrutinize the bill, it became increasingly clear that there remained significant issues. Numerous experts highlighted the weak privacy provisions which failed to adequately act on the mass collection of personal information. The New Democratic Party was clear that we need to end the privacy exemptions for political parties. The House Ethics Committee, including its Liberal members, recently came to the same conclusion.

Unfortunately we were given only days to draft amendments to reflect the concerns we had heard. Alongside stronger privacy laws, we sought to better regulate political advertising online, to improve accessibility provisions, provide a greater emphasis on gender and social equity in elections and to begin implementing an independent commissioner to organize leader’s debates. These were all positive amendments. A chance for a once in a generation change to our election system to make Canada’s democratic institutions fairer and more inclusive.

However, by this point, multi-party agreement had broken down. Without proper consultation and with the pressure to finalize the bill before the summer recess mounting, the Liberals had failed to create any kind of consensus. It became clear that the Liberals were both unable and unwilling to pass the bill through committee and Parliament in time.

Unfortunately we experienced these same issues during the study on electoral reform, with the great input by experts and stakeholders lost when the Liberals broke their promise to reform our outdated electoral system. The prime minister talks often about the kind of positive democratic changes our country needs, but continually fails to deliver when the time comes.

It is not clear when, or if, this bill will now be voted on. With the parliamentary session over, it will not be until at least the fall that we are able to resume work on this crucial legislation. By then we will be merely a year away from the next general election. The Liberals claim that this is not an issue as Elections Canada are already preparing to implement the new laws; but it is a worrying precedent for the government to begin acting on new legislation before it has been approved by Parliament.

All parties were willing to work in good faith on improving our democratic system. Yet through a bizarre series of mismanagement and disorganization from the Liberals this bill remains stuck in committee, rushed through proper scrutiny but still late, needlessly complex but with numerous issues remaining unaddressed. And through all of this the threats to our elections remain on the horizon.

With every missed deadline and every rushed piece of legislation, the Liberals seem to be losing control of their own agenda in Parliament. This would normally only be a problem for the Liberal party, but in this case it’s our democracy which pays the biggest price.

Thank you for keeping us

Thank you for keeping us informed, Nathan!

"Unfortunately we experienced these same issues during the study on electoral reform, with the great input by experts and stakeholders lost when the Liberals broke their promise to reform our outdated electoral system."
==============
Why did the NDP side with the Reformers by insisting on a referendum on first-past-the-post? It was a mortal mistake. The Cons would have loved it for the Liberals to waste their 2015 mandate fighting for an NDP 'cause' whilst not getting around fixing the mismanagement, neglect and downright vandalism of harperite regime. Every once in a while the NDP reminds us how our electoral system isn't perfect then goes on to show how any government with an NDP balance of power would be unworkable.

Has this country ever had a

Has this country ever had a PM one could describe as dangerous? We have one now.