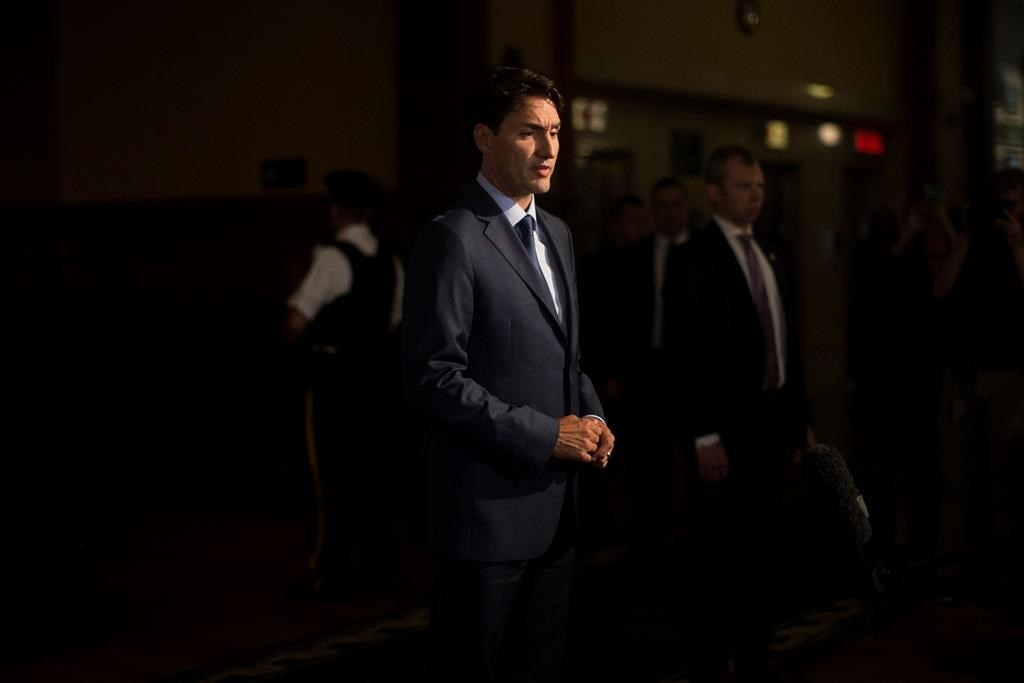 Prime Minister Justin Trudeau insisted Thursday he "did not act inappropriately" towards a female reporter at a B.C. music festival 18 years ago — but he also acknowledged that the woman he's been accused of groping may have an entirely different perspective.

Trudeau said he's been reflecting on the incident ever since an editorial from the Creston Valley Advance newspaper surfaced, describing how he — 28 years old and a world away from a career in federal politics — apologized for inappropriate conduct.

"This is a situation that has been very much on my mind over the past few weeks," Trudeau said when asked about the incident during a news conference in Toronto.

"I've been reflecting very carefully on what I remember from that incident almost 20 years ago and again I feel — I am confident — that I did not act inappropriately. But part of this awakening that we're having as a society, a long awaited realization, is that it's not just one side of the story that matters."

The event in question was the Kokanee Summit festival in August 2000, which Trudeau attended to accept a donation to the Kokanee Glacier Alpine Campaign. The Trudeau family launched the campaign after his youngest brother, Michel, died in an avalanche in Kokanee Glacier Provincial Park in 1998.

The unsigned editorial says Trudeau "inappropriately handled" a reporter there to cover the event, and apologized to her by saying, "If I had known you were reporting for a national paper, I never would have been so forward."

Trudeau's self-professed stance as a feminist prime minister with a low tolerance for inappropriate behaviour has critics — livid that he has so far essentially shrugged off the claim — demanding an independent investigation.

Conservative MPs have been raging about it on Twitter, accusing their female Liberal counterparts of being anti-feminist and weak for failing to speak out against the alleged behaviour.

"The weakness is specific to you, because you virtue signal and refuse to set your boss to his own standard for allegations of sexual harassment," Calgary MP Michelle Rempel tweeted at Status of Women Minister Maryam Monsef.

"There are so many others of all genders who are stronger than you."

Trudeau did not directly address why he hasn't ordered an independent investigation, as he did earlier this year when allegations of misconduct and harassment were made against then-cabinet minister Kent Hehr.

Trudeau said he apologized at the time because the woman felt something wrong had happened — even if he felt otherwise.

"I'm responsible for my side of the interaction, which certainly, as I said, I don't think was in any way untoward," he said.

"But at the same time this lesson that we are learning, and I'll be blunt about it, often a man experiences an interaction as being benign or not inappropriate and a woman, particularly in a professional context, can experience it differently. We have to respect that and reflect on that."