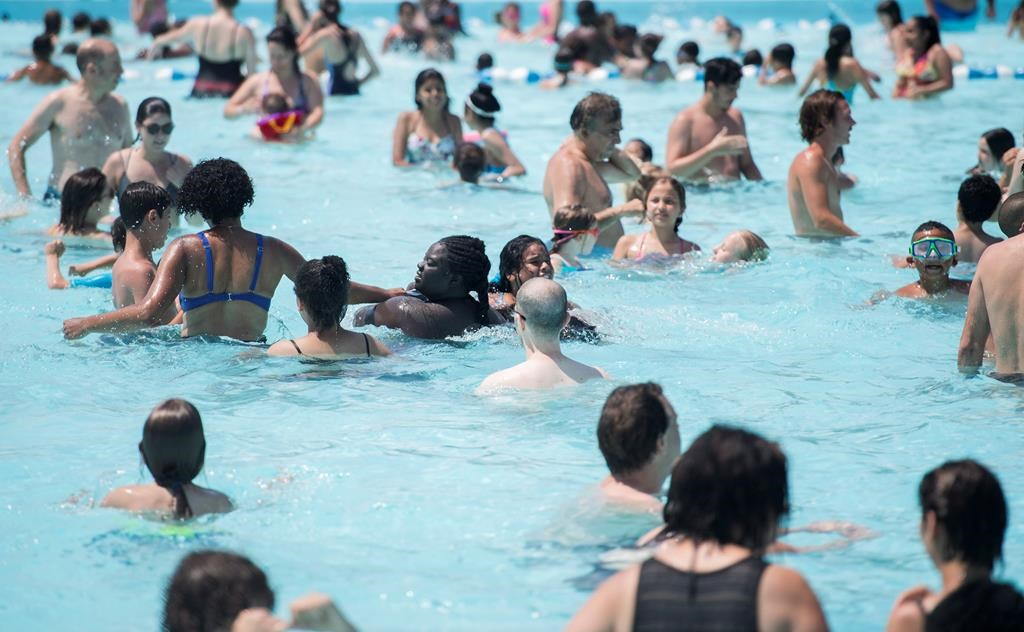 People cool down in a public pool in Montreal, on Thursday, July 5, 2018. Photo by The Canadian Press/Graham Hughes
Previous story
Next story

Quebec health officials say at least 54 people are now believed to have died from heat-related complications.

The office of Public Health Minister Lucie Charlebois released the latest figures Friday as parts of Central and Eastern Canada enveloped in heat received a respite with cooler temperatures.

Montreal was the area of the province with the highest number of victims, the government said, with 28 people dying from heat-related complications.

Environment Canada has lifted heat warnings for the affected regions, including Quebec, for the next several days.

The temperature is set to rise again in Montreal by the end of the weekend, however, with the humidex expected to reach up to 36 C for Sunday and Monday.

While the stifling weather also blanketed Ontario and parts of Atlantic Canada, no deaths have been reported elsewhere, in part because various jurisdictions have different ways of gathering data on heat-related fatalities.

While hot weather is expected to remain in Quebec next week, Serge Mainville of Environment Canada said it will be a dry heat.

Montreal-area paramedics weren't expecting a big drop-off in calls on Friday despite the more bearable conditions.

The service, which covers Montreal and nearby Laval, experienced a sharp increase in the number of calls over the last week.

Six dead in Montreal as much of Canada remains under blanket of hot, humid air

By The Canadian Press | News, Politics | July 4th 2018
Reports from the Race to a Safer World