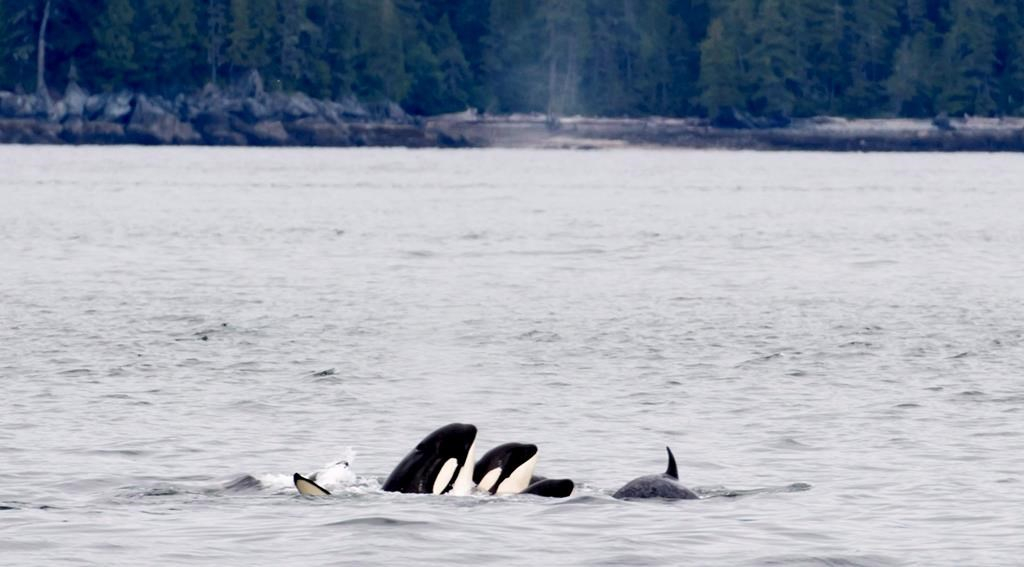 However, whale scientists say the 200-metre limit still may not be enough distance to help the whales that are up against the threats of pollution, noise and lack of food.

Last month, the federal government moved on three fronts to protect the endangered southern resident whales, whose population hovers around 75.

It cut the Chinook salmon fishery by up to 35 per cent in key areas where the whales hunt their primary food source. The government also increased pollution-impact research on the whales and their prey, and made it mandatory for all marine vessels, including whale watching boats, to stay 200 metres away from killer whales, starting July 11.

A letter sent last month from the Pacific Whale Watch Association to Prime Minister Justin Trudeau and his ministers of fisheries, transportation and environment, commended the government for recognizing the dangers to the southern resident population, while noting there are other types of killer whales in the area.

"Since we are in the education business and teaching our customers about the entire marine eco system, we need to be able to share the experience in reasonable proximity. Viewing from 100 metres is a globally accepted distance to view marine mammals."

But he said the group, which represents more than 30 members in both Canada and the United States, wants the current 100-metre viewing distance to remain for the up to 850 transient, northern and offshore killer whales that are also present in West Coast waters.

"They did announce that it would be 200 metres for all orcas and if you were to ask them they'd say the general public doesn't know the difference," he said. "We're going, 'Wait a minute guys.' We're taking a half million people a year in our boats with paying customers and they deserve to see the rest of the orcas at 100 metres."

Scientists disagree, pointing to research that indicates vessel noise impacts all species of orcas at distances of 200 metres and more.

"Transients are believed to be more sensitive to acoustic impacts because they undertake foraging using stealth predation," said Sheila Thornton, the Department of Fisheries and Oceans' lead killer whale scientist. "They need to sneak up on their prey which are marine mammals. Disturbance from vessels prevents them from being able to successfully undertake those foraging events."

She said the 200-metre limit also harmonizes with the current American limit of 200 yards, about 183 metres.

Thornton, who spends much of her time on the waters off Port Renfrew and Jordan River northwest of Victoria, said the southern residents are struggling as their population and health diminishes.

"What's most concerning to us is the decline in the condition of the animals," she said. "They don't appear to be robust. The moms and calves are not looking particularly robust and this is what's concerning and worrying for us."

Biologist Misty MacDuffee, with the Raincoast Conservation Foundation, said limits on chinook fishing and restrictions on vessel movements are long overdue initiatives, but more aggressive actions are needed to reduce the extinction risk for the southern residents.

"Right now we estimate that whales are in the presence of vessels in the Salish Sea 85 per cent of the time," she said. "Much of the traffic that's in close proximity to southern residents when they are in their habitat in the Salish Sea is whale watching boats."

By The Canadian Press | News, Politics | March 5th 2018
State Of The Animal