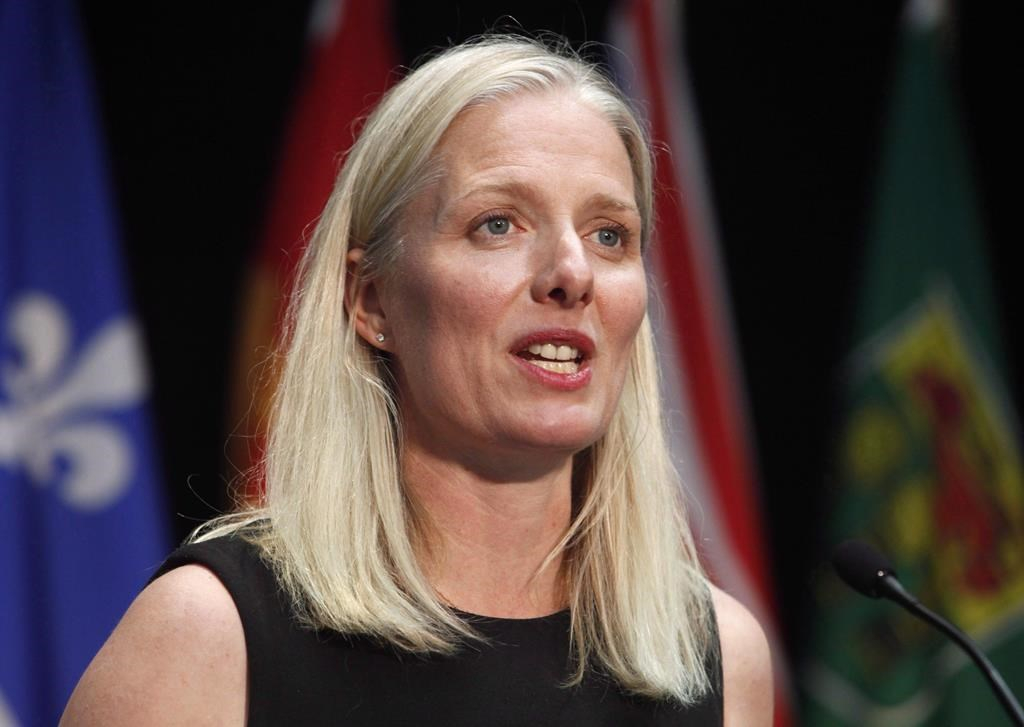 Minister of Environment and Climate Change Catherine McKenna speaks at a press conference after a meeting with provincial and territorial environment ministers in Ottawa on Thursday, June 28, 2018. File photo by The Canadian Press/Patrick Doyle
Previous story
Next story

The federal environment minister says she wants business leaders involved when she and her counterparts from other G7 nations gather in Halifax this fall to discuss how to reduce the flow of plastic waste into the oceans.

Catherine McKenna, speaking at a news conference Tuesday in Halifax, said Canadians are throwing out up to $150 billion worth of plastic each year, much of which ends up in the water.

The minister said she wants to work with provinces, territories and municipalities to draft a national strategy aimed at combatting the plastics problem.

McKenna said plastics producers should also be part of the discussions in late September when she meets in Halifax with her counterparts from Italy, France, the United Kingdom, the European Union, Germany, the United States and Japan.

"When we come to Halifax, my focus is making sure that business is at the table and business is very engaged," she said.

"If you are producing the plastic, you're part of the conversation about how do we keep the plastics in the value chain."

The G7 document called on signatory nations to discuss ways to reduce plastics going into the ocean, with the Canadian government estimating more than 150 million tonnes of the discarded material is clogging the oceans worldwide.

There are estimates in some scholarly journals that the volume of plastic in the ocean could outweigh fish by 2050.

Louie Porta, vice-president of operations for Oceans North, said he'd like to see Canada commit to enhancing its scientific monitoring of the plastics waste.

"I hope we're going to see real progress on extended producer responsibility ... (with) producers standing behind the products from the beginning to the end, so there is no waste to clean up at the end of the day," said the executive with the marine conservation organization.

Porta said this could mean a system where bottle producers remove one bottle out of the market for everyone that goes in, or find alternatives to plastic containers.

By Bob Weber | News, Politics | March 8th 2018
Reports from the Race to a Safer World

By Mia Rabson | News, Politics | January 25th 2018
Reports from the Race to a Safer World