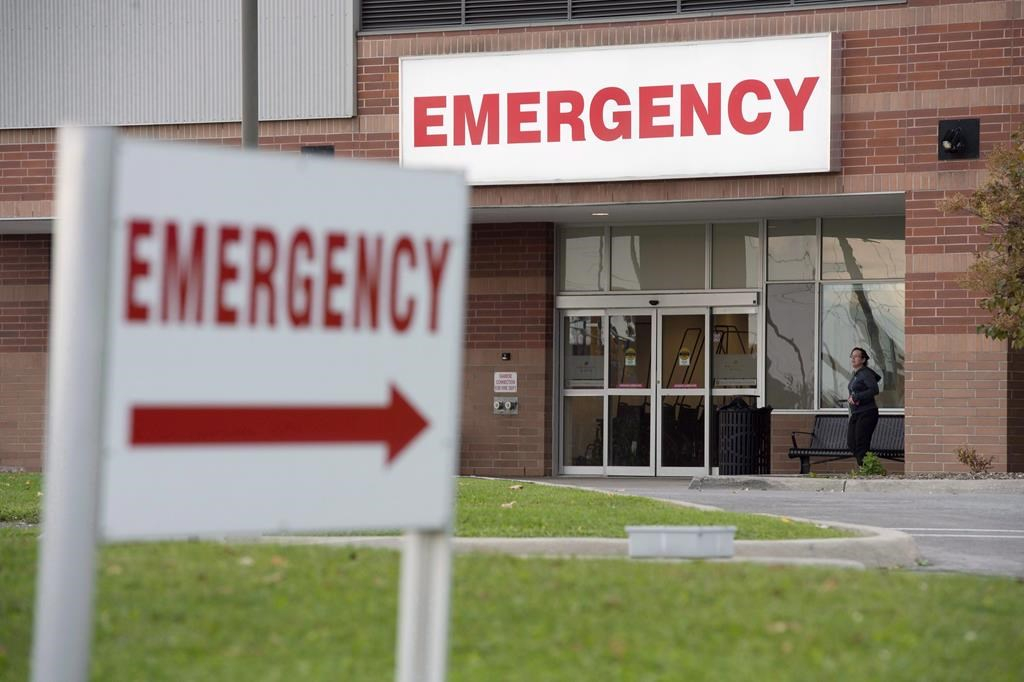 Physicians are calling on the federal government to shell out another $21 billion over the next decade to help provinces and territories pay for soaring health care costs that will be propelled by the unavoidable growth of Canada's seniors population.

A new analysis, to be released Tuesday by the Canadian Medical Association, is urging Ottawa to provide bigger and bigger annual top-ups to the existing federal health care transfer program.

The pressure is mounting on provinces and territories, which will see their health costs soar by another $93 billion over the next 10 years — or about 1.8 per cent of their governments' spending — due to aging demographics, warns the study. The document was prepared on behalf of the CMA by The Conference Board of Canada.

"Our health care system was designed at a time when the median age in Canada was 27. Today, it's 40 and our system is not coping well," Laurent Marcoux, president of the CMA, said in a statement.

"Canadians and physicians are right to be worried about the demands that will be placed on the health system in the future."

The report's release comes ahead of the annual premiers' Council of the Federation meeting, which begins Wednesday in St. Andrew's, N.B.

Health care spending, which makes up a huge portion of provincial budgets, is expected to be a major topic during the meeting and the CMA is urging premiers to press Ottawa for more funding to meet the needs of seniors.

This week, seniors issues are also expected to be very much on the political radar at the federal level.

The Trudeau government will shuffle its cabinet Wednesday and sources have said there's a possibility Ottawa will name a minister dedicated to seniors. Previous federal cabinets have had seniors portfolios and advocates have been urging the Trudeau government to bring the post back.

Numbers in the Conference Board report show why there's a big focus on Canada's aging demographic, which is on an inescapable trajectory that will create significant challenges for public balance sheets over coming decades.

The findings reveal that the proportion of seniors in Canada will climb to 21 per cent over the next decade from its current level of 16.9 per cent. The health care costs for the average senior are about $12,000 per year, compared to $2,700 for everyone else.

The concern, however, is how any of Canada's cash-strapped governments — federal, provincial or territorial — will find fiscal room to increase health care funding.

The federal government transfers cash to the provinces and territories to help pay for health care. The study estimates that federal health transfers account for about 22 per cent of all publicly funded health care.

Looking ahead, the authors predict health costs to grow faster than the economy. They project the federal transfer to grow by 3.6 per cent per year over the coming decade, while health care costs are expected to rise 5.1 per cent annually.

Without a change, provincial and territorial governments will be stuck paying for the difference, the report said.

The study noted that as the price-tag on health care swells in the years ahead, governments will also find themselves grappling with additional economic pressures associated with the aging population. It pointed to lower labour participation, which will translate into less revenue from employment and tax.

Beyond the expanding proportion of seniors, the report predicted the country will also face rising cost pressures from other sources, including population growth, improvements in the quality of care and inflation due to climbing prices for drugs, physician services and hospital maintenance.

Discounts and subsidies for seniors under more scrutiny than ever