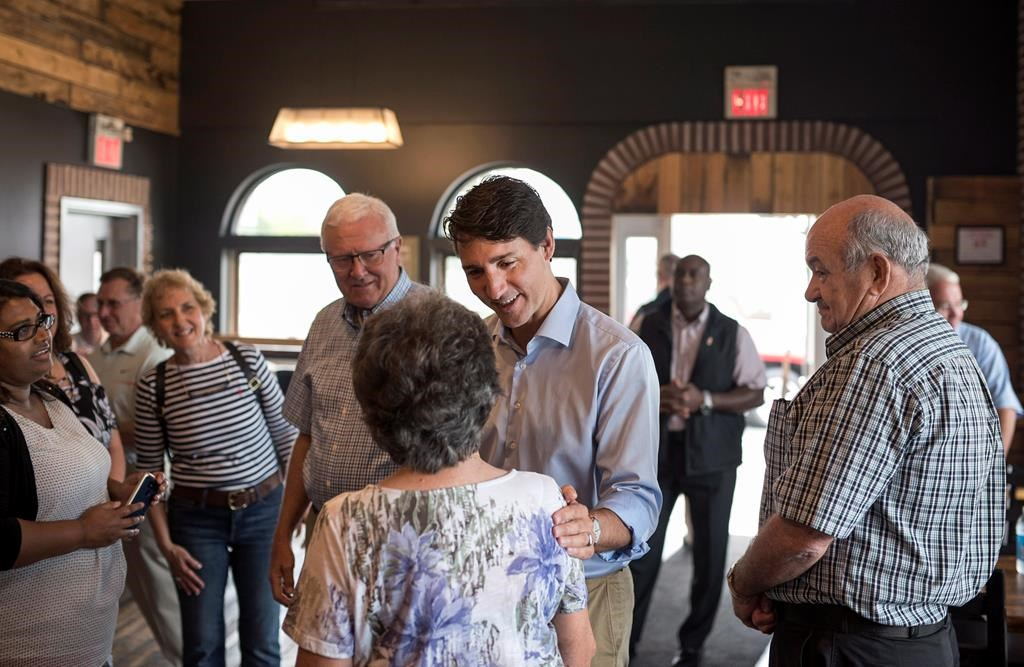 It's been called a 38-kilometre death trap, a treacherous stretch of Nova Scotia highway that in the last decade has seen hundreds of accidents, multiple fatalities and desperate pleas for help from residents.

Many hope those calls were answered Tuesday with a $90-million funding commitment from Prime Minister Justin Trudeau, which along with $195 million from the province will go towards twinning the busy thoroughfare that cuts through the province's north leading to Cape Breton.

The Pictou County community has fought for years to get improvements for Highway 104, with local fire Chief Joe MacDonald leading the charge.

He's lost family along the hazardous roadway and has been on the scene of gruesome motor vehicle accidents more times than he can count.

"There are a lot of stories right here in this little section of road," said the chief of the Barneys River Volunteer Fire Department, at times choking back tears.

"This is a very emotional place for me."

The announcement — part of Trudeau's visit to Nova Scotia — was bookended by an early morning stop at a cafe in Truro and an afternoon picnic in Antigonish.

He was briefly interrupted while delivering remarks to a crowd on the grounds of St. Francis Xavier University by protesters opposed to the Kinder Morgan pipeline.

"Unfortunately, there are folks that still think there is a choice to be made between protecting the environment and growing the economy," Trudeau said above the heckling.

He also touched on increases to the Canada child benefit and the importance of immigration, before he entered the crowd to shake hands and pose for selfies.

Though much of the prime minister's day resembled a typical summer barbecue circuit, the new highway funding is significant for the area.

A crowd outside a school near the busy highway offered up boisterous applause when the funding was announced.

"Not only will this project alleviate the bottleneck and get more vehicles moving, but most importantly it's also expected to reduce fatalities on this stretch of the highway by 80 per cent," Trudeau said.

"This is a major project that the province, municipality and local leaders like Joe have been calling for for years."

It's estimated that 15,000 vehicles pass along the highway from Sutherlands River to Antigonish every day, including 2,500 trucks, making it a critical link for trade and transport to Newfoundland and Labrador.

Premier Stephen McNeil said requests will go out next week to the private sector to build the highway in a P3 — or public, private partnership — model. He said it will not be a tolled highway.

"It's about saving lives. It's about ensuring the men and women, who we ask to serve our community day in, day out and volunteer fire service or emergency services, that they get the support they need," he told the crowd, which included firefighters and police.

The province had previously announced that it would twin the portion of highway, but did not have a commitment from the federal government.

The project will see 28 kilometres of the highway twinned, and a new 10-kilometre, four-lane highway built. It's scheduled to be completed by 2024.

Since 2009 there have been over 414 accidents on the highway and 16 fatalities, but the highway's reputation as a perilous road stretches back years.

Central Nova MP Sean Fraser, who grew up near the highway, recalled warnings from his parents.

"You wouldn't believe the number of times my father said to me, 'Watch Marshy Hope, there's freezing rain tonight. Be careful when you're coming through the mountains,'" he said.

"It's a dangerous stretch of road and the community knows it."

Fraser said locals are excited to see the project get started, which will improve road safety and create jobs.

"There should be shovels in the ground by spring or summer next year."