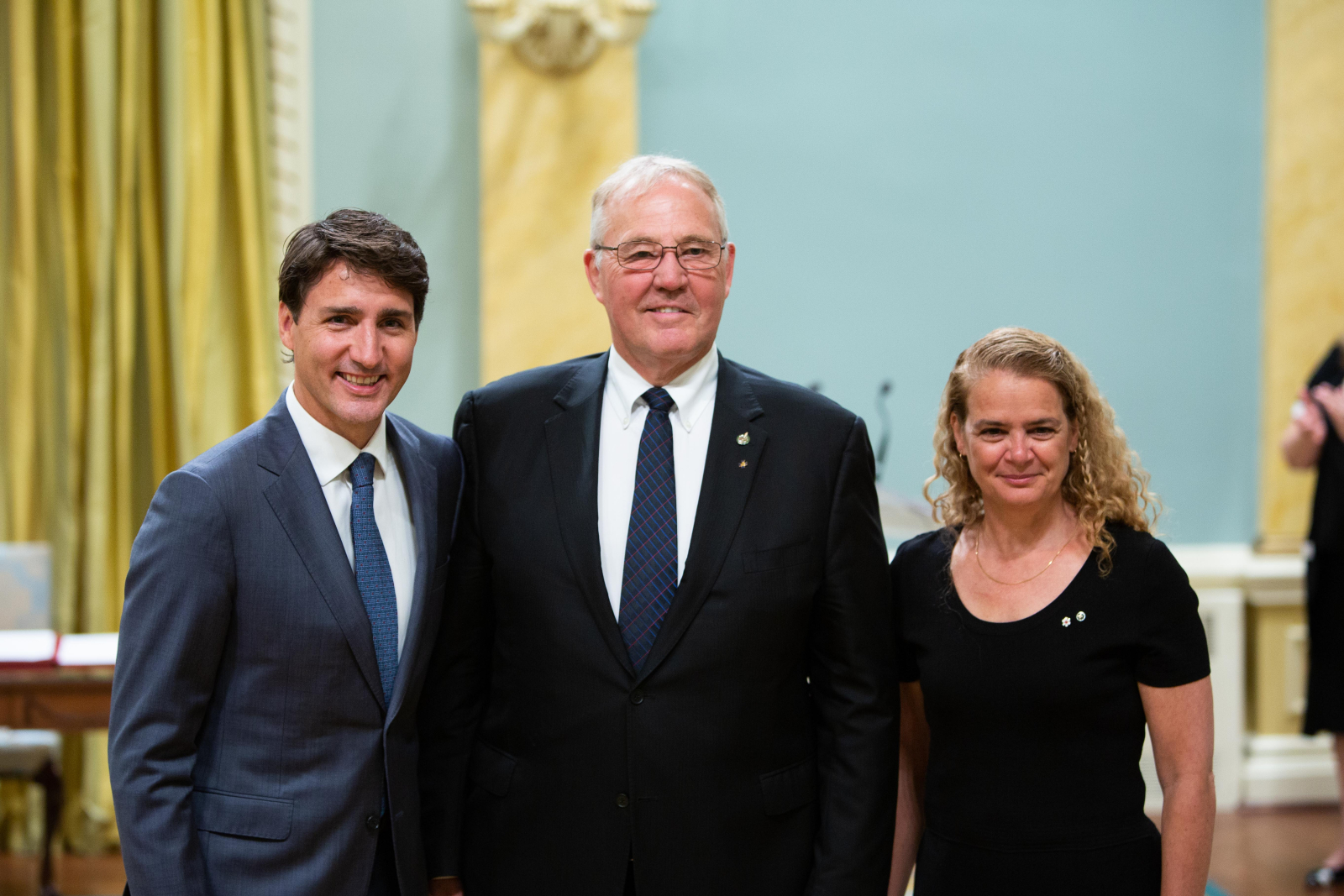 Prime Minister Justin Trudeau made Bill Blair his minister of border security Wednesday, in a bid to "reassure Canadians" about his government's policy on asylum seekers.

Since being sworn in last month, Ontario Premier Doug Ford's government has accused the Trudeau Liberals of creating a “mess” of Canada's refugee system and claiming the Liberals “encouraged illegal border crossers.”

Ford’s cabinet minister Lisa MacLeod, responsible for immigration, declined last week to join a panel of the country's immigration ministers, instead standing at the back of the room — before trading barbs with federal Immigration Minister Ahmed Hussen.

I enjoyed a productive chat with Bill on Sunday during our flight from Ottawa to Toronto and was pleased to drive him home. I’ve already reached out today to offer my congratulations and I look forward to meeting with him soon. https://t.co/rABFAKYwxr

On Wednesday Trudeau promoted Blair — a former Toronto police chief who had been handling the legalization of cannabis as a parliamentary secretary to the minister of justice — to be minister of border security and organized crime reduction.

That includes responsibility for "irregular migration," a term used to describe the thousands of people who have crossed the border into Canada from the United States at non-official entry points. Many of those people have claimed asylum.

MacLeod played down the drama in a tweet, saying she "enjoyed a productive chat" with Blair when they flew together from Ottawa to Toronto and was "pleased" to drive him home.

"I’ve already reached out today to offer my congratulations and I look forward to meeting with him soon," she wrote.

Bill Blair has a long history with Doug Ford

Despite those friendly words, Blair's long history with Ford could colour discussions with the province.

Blair was the Toronto police chief when Ford's brother Rob, who died in 2016 after battling cancer, was mayor of Toronto. At the time, Toronto police were engaged in a major investigation that involved Rob Ford. At one point a video of the mayor smoking crack cocaine was recovered by Blair and the police.

Trudeau’s office said Wednesday that Blair will “work to ensure Canada’s borders are managed in a way that promotes legitimate travel and trade while keeping Canadians safe and treating everyone fairly and in accordance with our laws."

Blair’s title is not a typical ministerial position, and Trudeau acknowledged the move was specifically in response to the election of Doug Ford’s new Progressive Conservative government.

“I think we recognize that there are changes going on in the makeup of the...different premiers across the country,” he told reporters after the cabinet shuff at Rideau Hall in Ottawa on July 18.

“Ensuring that we have strong voices that are able to directly reassure Canadians about the path we’re on, demonstrate that the mandate we got from Canadians — whether it’s on climate change, whether it’s on immigration and keeping our country safe — will continue to be focused on by this government.”

Earlier this month the prime minister explained to Ford how Canada’s asylum seeker system works. Canada’s international obligations mean asylum-seekers can’t have penalties imposed on them for the way they enter a country, for example.

Asked Wednesday whether he thought his role tackling organized crime and irregular border crossers meant that the government is linking the border-crossers with criminal activity, Blair said “that's absolutely not correct.”

“There is no higher authority or responsibility for a government than the safety of all of its citizens,” said Blair, “and the appointment that the prime minister has given me I think reflects how seriously this government takes the safety of all of its citizens...issues with respect to border security and organized crime are related to those safety responsibilities.”

Blair added the government is “clearly very mindful” of its international obligations to ensure asylum seekers are treated fairly.

“At the same time, we believe that there are opportunities to work internationally and with our partners in the provinces and territories to address some of the concerns that are being raised,” he said.

"I think one of the things that we’ve seen in terms of what Conservatives have been saying, is that they are playing, not just here in Canada but around the world, a very dangerous game around the politics of fear, the politics of division, of pitting Canadians against each other, and raising the kinds of anxieties that quite frankly don’t help solve problems but actually hinder them," he said.

He reiterated a story about the first conversation he had with Blair, when he asked him to run for the Liberals.

“One of the things he said stuck with me, and certainly echoes in my mind today as we give him these new responsibilities: he said the number one enemy of public security is fear,” Trudeau said.

“When Conservatives across the country are playing the fear card we need strong, reassuring voices to counter that and to demonstrate that the safety and security of Canadians and their communities is something that we will never flinch on, that we will continue to deliver.”

The greatest danger to our

The greatest danger to our security is fear-mongering without proof or detail. This is where the public conscience must step in. After all the evidence of home-grown violence and contempt for women, indigenous people, immigrants of colour, Islamophobia and homophobia, why do fat white men get so much media coverage with so little scrutiny on their source? How will we benefit by returning to hate and prejudice with the destruction of civil society?