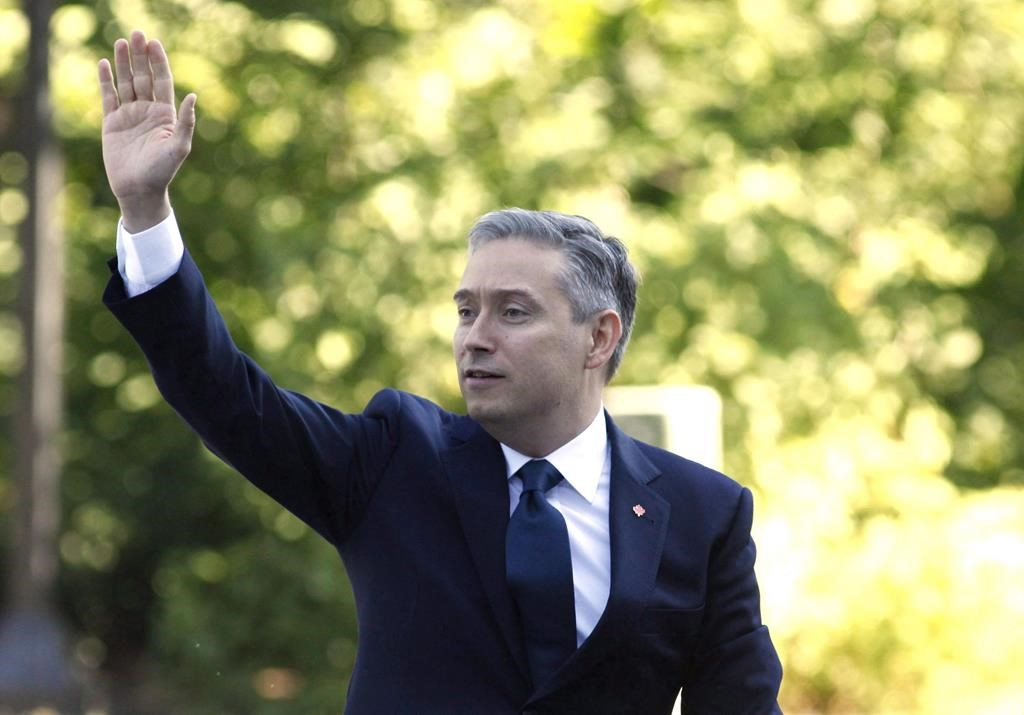 Francois-Philippe Champagne arrives at a swearing in ceremony at Rideau Hall in Ottawa on Wednesday, July 18, 2018. File photo by The Canadian Press/ Patrick Doyle
Previous story

Canada's new infrastructure minister says he plans to meet with the people overseeing construction of a new $4.2-billion bridge in Montreal to figure out if — and how — the project can be done on time.

The Champlain Bridge project is supposed to be completed this December.

A May report from the federal auditor general raised doubts about whether the construction consortium could have work done by Dec. 21, and a strike by crane operators in June has further pressed construction timelines.

Newly appointed Infrastructure Minister Francois-Philippe Champagne said he is not sure work can be accelerated enough through the summer construction season to make up for lost time, and he won't know for certain until after meeting with all involved.

"When I see issues or strikes during that time, which is prime construction season where we get the most because of the climate, I would want to understand the impact very clearly before I come back with a date," he said in an interview Friday.

"I'm sure there are plans that have been drawn up, but I just don't know if you can accelerate to catch up with that during the construction season in the summer."

The Quebec MP was shuffled Wednesday from the international trade portfolio and spent much of Friday speaking with provincial, territorial and municipal leaders involved in the infrastructure file.

Federal coffers are set to dole out $186.7 billion in infrastructure money over the next 12 years, but the most recent federal budget indicated about one-quarter of planned spending between 2016 and 2019 was being moved to future years.

Infrastructure spending is regularly subject to delays because dollars don't flow to projects until cities and provinces submit expense receipts, which often creates a lag between when work takes place and when federal money is spent.

Speeding up the slow trickle of spending is now up to Champagne, which could also yield a political benefit for the Liberals during next year's election if shovels hit the ground and ribbons are cut just as Canadians go to the polls.

Champagne will be able to do some of that in Quebec, a bastion of Liberal support in the 2015 election, after the province signed a 10-year federal funding deal at the end of June.

Champagne said he wants to focus on projects that are urgently needed and ready to go, but added that he needs more briefing about his file before outlining other mechanisms to get the cash flowing faster.

"Certainly you'll find in me someone who is extremely committed to reduce the timeline ... between what we commit to do and breaking ground and making sure these projects are delivered."

A terminus in the new underground railroad