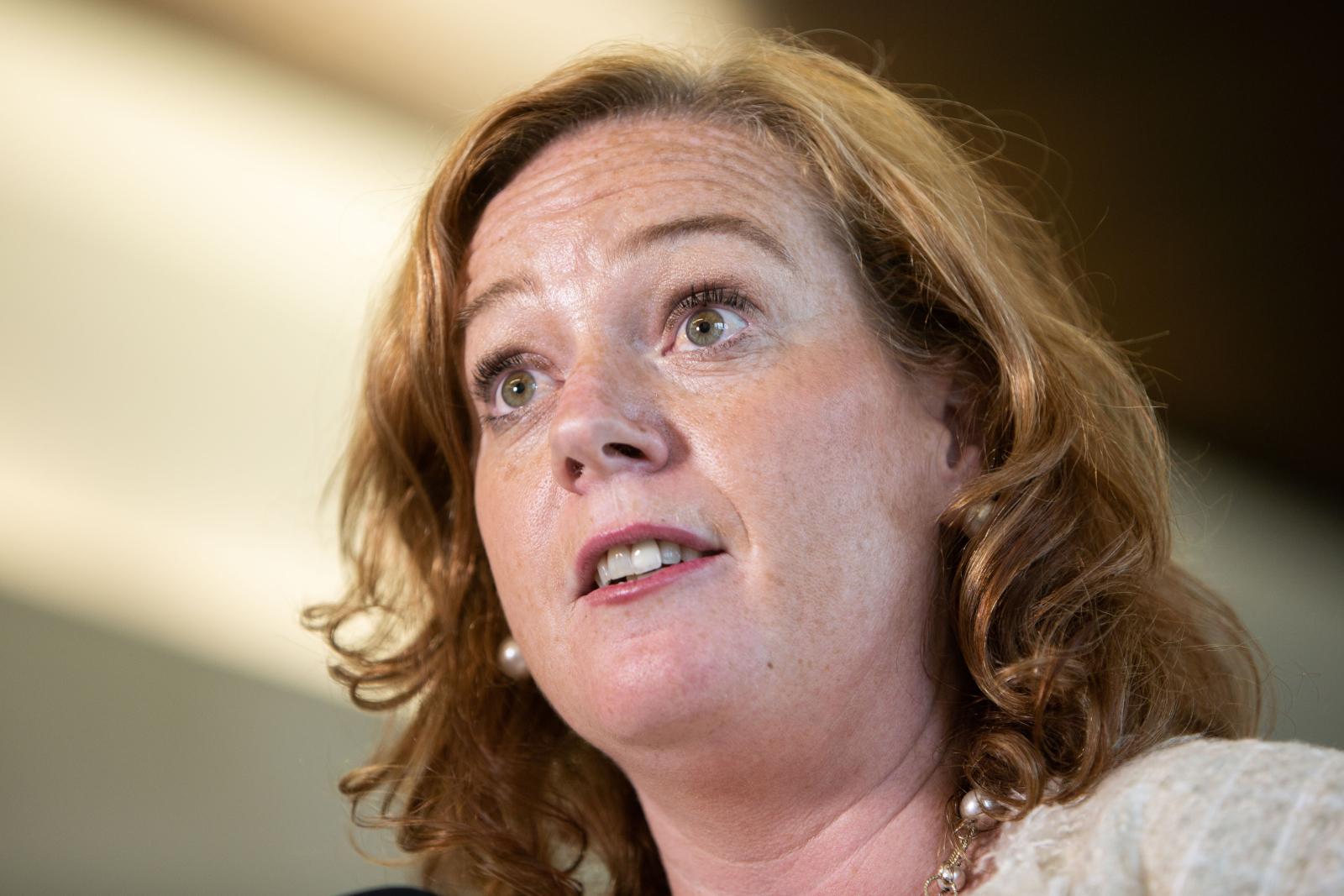 Lisa MacLeod, the Ontario Minister of Children, Community and Social Services, spoke to the press after testifying at the Standing Committee on Citizenship and Immigration meeting about Irregular Crossings, this Tuesday. Photo by Alex Tétreault
Previous story
Next story

Lisa MacLeod, Ontario's minister responsible for immigration, says the province is asking the federal government for $200 million to cover the cost of asylum seekers from the United States.

Speaking to reporters after testifying at a House of Commons immigration committee meeting Tuesday, MacLeod said while the Liberal government has committed $11 million to Ontario, that money has "yet to flow."

MacLeod said her department is monitoring the costs of dealing with border crossers and predicts they will escalate. She expected to make a formal request for the $200 million later Tuesday.

"I would love a cheque."

There are also expenses associated with legal aid and that Ontario has invested $3 million in the Red Cross, she said.

Federal Immigration Minister Ahmed Hussen said his office had not yet recieved a request from Ontario.

Hussen also reiterated that the issue is a shared responsibility and that he hopes Ontario will resume discussions with Ottawa.

So far the federal government has offered up $50 million to provinces, which includes $36 million for Quebec, $3 million for Manitoba and $11 million for Ontario, money that was funnelled directly to Toronto.

MacLeod called the asylum seeker issue a crisis, since 800 migrants living in Toronto college dormitories will soon be evicted when students return for school.

Bill Blair, the new federal minister responsible for border security, told the committee that asylum seekers would be moved to hotels around Toronto, but provided no information on the cost or how long people would live there.

Public Safety Minister Ralph Goodale said the federal government has made it clear that simply entering Canada is not a "free ticket" for newcomers to stay in the country.

But no matter how a person arrives in Canada, the individual must be given a fair hearing to determine whether they require protection, Goodale said during the committee meeting.

From the moment asylum seekers started crossing into Canada from the U.S. in significant numbers, the federal government has made sure that laws are followed and international obligations are met, he added.

The Commons committee held the emergency session in the dead of summer at the urging of opposition members.

Canada's Safe Third Country agreement with the U.S. stipulates that asylum seekers are required to make their claims in the first "safe" country where they arrive — meaning those who come into Canada at an official land crossing are sent back to make their claim in the U.S.

The agreement does not cover "irregular" asylum seekers — those entering Canada at unofficial points, most notably in Quebec.

According to the most recent numbers, the RCMP intercepted 1,263 people at the border in June, which is down from 1,869 in May.

Seidu Mohammed, a Ghanaian asylum seeker who lost his fingers to frostbite while crossing at an unofficial entry point in Manitoba in 2016, told reporters he's calling on Ottawa to suspend the Safe Third Country agreement because "it's not safe."

Conservative immigration critic Michelle Rempel urged the Liberals to come up with a better plan to deal with the asylum seekers. She was frustrated with the outcome of committee meeting, saying it produced no answers.

During the sometimes tempestuous session, Rempel pressed the government about extending the Safe Third Country agreement to the entire border.

Blair said the effect of doing so would "be more problematic" than the current situation.

Goodale said making every inch of the border an official entry point would mean staffing the 9,000-kilometre length, suggesting that would be impractical. In addition, he said, the Americans would have to mirror the effort to make it work.

The government's plan to address the asylum seeker issue draws on resources from the 2018 budget, said Goodale, who described the border situation as a challenge, not a "crisis."

At a news conference before the committee, Rempel said that so far all Prime Minister Justin Trudeau has done to tackle the migrant issue is shuffle his cabinet and throw money at the problem.

Rempel voiced skepticism about Blair's cabinet appointment, asking whether it was simply a public relations exercise that would create more bureaucracy.

"I think the government has a lot of explaining to do."

The tone of the committee became particularly tense during testimony from Adam Vaughan, parliamentary secretary to the minister of families, children and social development.

NDP immigration critic Jenny Kwan asked him how much money the federal government was willing to provide to cities struggling to house border crossers.

At one point, a frustrated Kwan asked why Vaughan bothered testifying if he didn't have any answers.

A number of refugee advocates at the hearing urged politicians to stop referring to asylum seekers as "illegal."