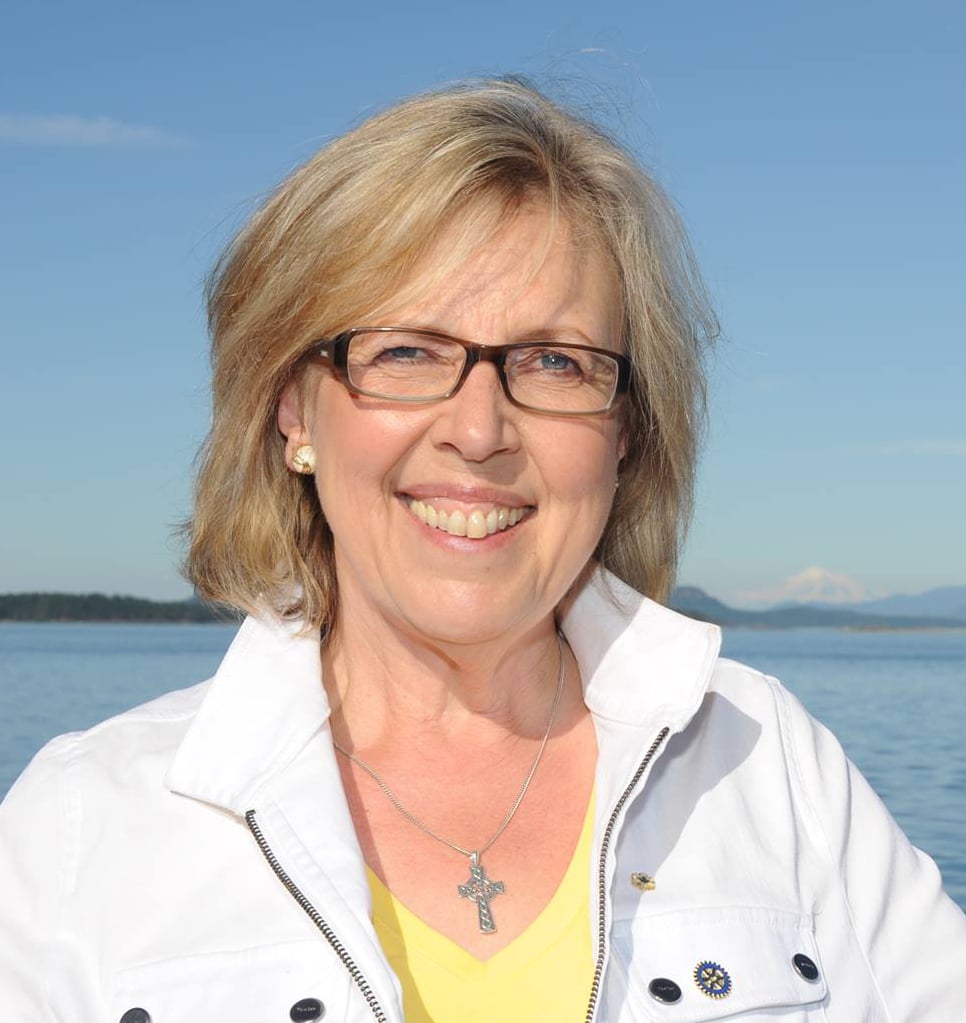 Green Party Leader Elizabeth May photo courtesy of May.
Previous story
Next story

Green Leader Elizabeth May has made it clear she doesn’t support the Trudeau government’s decision to spend $4.5 billion in order to buy a west coast oil pipeline and tanker expansion project.

She has also been clear that she doesn’t agree with many of the policies of U.S. President Donald Trump.

But when it comes to the sale of Texas-based Kinder Morgan’s assets, this is one time when May is hoping Trump will intervene.

“Of course,” she told National Observer in an interview on Wednesday. “This (buying Trans Mountain assets) remains the dumbest thing ever.”

Trump could block the sale because the government’s purchase includes the Puget Sound pipeline, which crosses the Canada-U.S. border into Washington state, south of British Columbia.

Under the terms of the government’s agreement to purchase the Trans Mountain pipeline and related assets, the purchase of the U.S. pipeline requires a national security review by the Committee on Foreign Investment in the United States.

Although Canada would normally not be considered a national security threat to the U.S., particularly more than 200 years after British troops from the north burned down the White House during the war of 1812, things have changed since Trump started a trade war with Canada and imposed tariffs on Canadian steel and aluminum products using powers that allow him to do this for national security reasons.

The committee is an inter-agency organization that regularly reviews purchases of U.S. businesses by foreign persons to review potential risks to national security. The Kinder Morgan sale agreement, released this week by CBC News, says that the committee could pass on recommendations to President Trump, leaving it up to the White House to decide on the fate of the troubled Trans Mountain expansion project.

The agreement also says that Trump could veto the project within 15 days of receiving a report from the committee.

“It’s clear that the president of the United States could stop the sale. And then they’d have to go back and decide how much does Kinder Morgan want to sell the Puget Sound pipeline,” May said.

"This remains the dumbest thing ever," @ElizabethMay told @mikedesouza regarding Trudeau govt decision to purchase the Trans Mountain pipeline expansion project. Now she hopes Donald Trump might be able to stop it. #cdnpoli #bcpoli #abpoli #TMX

Canada’s Finance Department says this review is nothing out of the ordinary.

“As outlined in the purchase and sale agreement, CFIUS Clearance is one of a number of regulatory and shareholder processes required prior to the completion of the purchase agreement," a federal spokesman from Finance Canada, David Barnabe, said in a statement sent to National Observer. "These processes are proceeding in the ordinary course.”

When asked what an "ordinary" process would consist of, Barnabe said: "The government’s understanding is that the committee conducts its business largely independently but has the discretion to request discussions with filers."

The U.S. Department of the Treasury has been silent on what the committee is doing, declining to respond to questions about the status of its review and whether the file would be sent to the president’s desk.

"By law, information filed with CFIUS may not be disclosed by CFIUS to the public," said a U.S. Treasury spokesman in an email to National Observer on Thursday. "Accordingly, the department does not comment on information relating to specific CFIUS cases, including whether or not certain parties have filed notices for review."

The spectre of U.S. national security concerns getting in the way of the Trans Mountain pipeline is not a new issue.

The Trudeau government has said on multiple occasions that the main reason they want to build the Trans Mountain expansion is to provide a route to new markets that would allow Canadian oil companies to have improved access to customers outside of the United States and get a better price for their product.

Indigenous leaders from the West Coast have discussed the matter with officials from the administration of Washington Gov. Jay Inslee. The Democratic governor has been opposed to the Trans Mountain expansion, but has so far avoided commenting on any national security implications of the project and purchase.

“We haven’t seen any specific proposal regarding purchase and expanded use of that (Puget Sound) pipeline, so we haven’t reviewed anything and don’t want to speculate on a hypothetical,” said Jaime Smith, a spokeswoman for Inslee in an email sent to National Observer on June 13. “But the governor has been very clear about his concerns regarding increased oil transport and potential climate impacts of major fossil fuel export projects.”

Elizabeth May, who represents the B.C. riding of Saanich-Gulf Islands in Ottawa, has criticized the pipeline project as a risky endeavour that would drive Canada’s climate goals out of reach.

She says that federal negotiators made a big mistake by adding the Puget Sound pipeline into the purchase and that move that could bolster Trans Mountain's opponents.

“It does create this additional uncertainty and procedural hurdle and potentially, political football that Donald Trump’s cabinet needs to sign off on,” said May.

“I would rather that Finance Canada, in negotiating with Kinder Morgan, would have said no (to the Puget Sound pipeline)… We have enough irritants with the U.S. administration right now.”

Editor's note: This article was updated at 8:35 a.m. ET on July 27, 2018 with a new comment from Finance Canada regarding the Canadian government's understanding of the national security review process.

Support Mike De Souza's next report. Use the promo code MIKE when you subscribe today, and save 20% on your annual subscription.

Elizabeth May explains what's next

Our Prime Minister is now an

Our Prime Minister is now an oilman. Who knew?

The final quote, “I would

The final quote, “I would rather that Finance Canada, in negotiating with Kinder Morgan, would have said no (to the Puget Sound pipeline)… We have enough irritants with the U.S. administration right now.” points to the essential aspect of what she is calling for. How is it that on one hand May wishes the GofC (Finance Canada) had excluded the Puget Sound pipeline, and in the other she hopes that the POTUS leverages the fact of its inclusion to block the sale?

And really? If the GofC really wants own and build that pipeline, then why did not remove that risk? Surely Kinder Morgan negotiators would have understood the nuances within that option, and the inherent pitfalls in either case.

There is more to this story: we’re in stalled NAFTA talks, we’re being criticised by the US on NATO, the socialist leaning government in Alberta will call a provincial election in under a year, and a federal election will follow that.

The storm clouds of neo-conservative politics are gathering to threaten a return of our country’s governance to the dark times.

Donald Trump may yet block

We are witnessing our

We are witnessing our imminent demise. We are, as the Zulu sentence-word says "over there where I cry mother I am lost." Ultimately no-one is going win. The best we can hope for is the we shall care for the life we did not create, as best we can.

All you have to do is

All you have to do is convince Trump that Obama would have approved it. lol