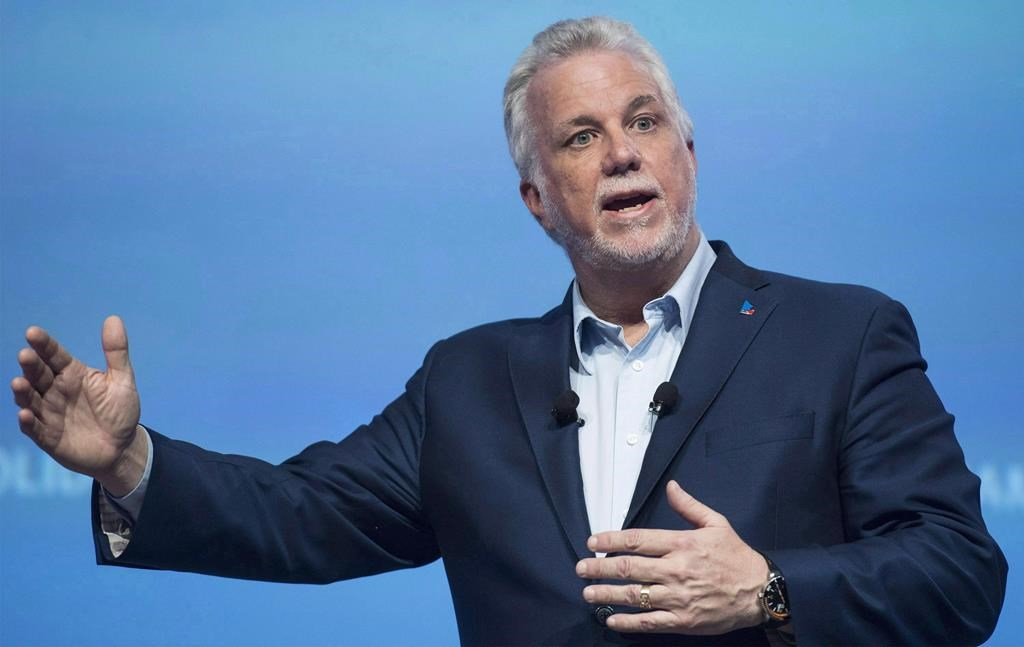 Authorities are investigating after a fishing boat belonging to Quebec Premier Philippe Couillard sank while docked at a marina in the Saguenay-Lac-Saint-Jean region.

Quebec provincial police are looking at mechanical failure and not vandalism as the reason for the sinking.

While police wouldn't say the vessel belonged to Couillard, a spokeswoman for the premier confirmed he is the owner.

Sgt. Hugues Beaulieu says the boat has been sent for a mechanical inspection.

Police were called at around noon Sunday about a boat that had sunk in Saint-Prime, located on the shores of Lac-Saint-Jean, about 450 kilometres northeast of Montreal.

The town is located in Couillard's Roberval riding.

The sinking gave rise to numerous partisan jokes on social media with a provincial election coming in October.

"That's a funny question," she said. "I don't see it as an omen: we can't control what's happening on social media."

Ottawa to announce crackdown on boats abandoned on Canadian coasts