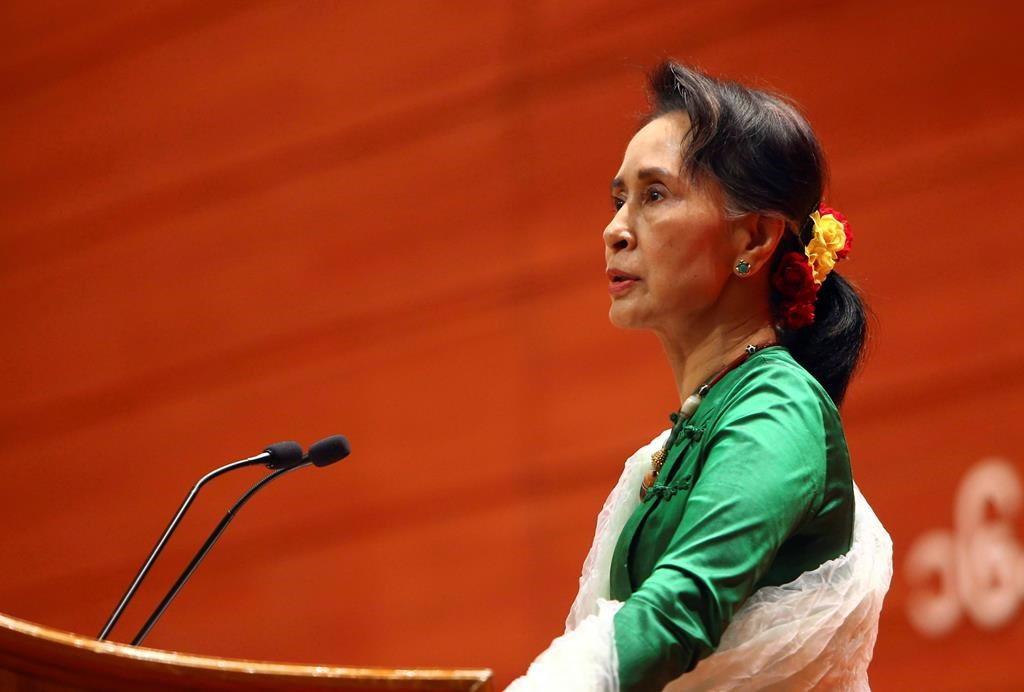 Aung San Suu Kyi speaks during the closing ceremony of the third session of the 21st Century Panglong Union Peace Conference at the Myanmar International Convention Centre in Naypyitaw, Myanmar, on July 16, 2018. File photo by The Associated Press
Previous story
Next story

Myanmar's leader Aung San Suu Kyi is being removed from a display at the Canadian Museum for Human Rights.

There were calls to take any mention of the Nobel Peace Prize winner out of the Winnipeg museum because of the humanitarian crisis faced by the country's minority Muslim Rohingya population.

Angela Cassie, who's with the museum, says Suu Kyi will be removed from the museum's timeline of human rights defenders and milestones.

A large image of the Myanmar leader on display in the gallery of honorary Canadians has already had the lights dimmed around it.

A sign has been placed in front to explain the current situation with Rohingya.

Before making the decision, Cassie says the museum spoke with Rohingya people in Canada who felt "betrayed" when they saw the leader's image depicted as a defender of human rights.