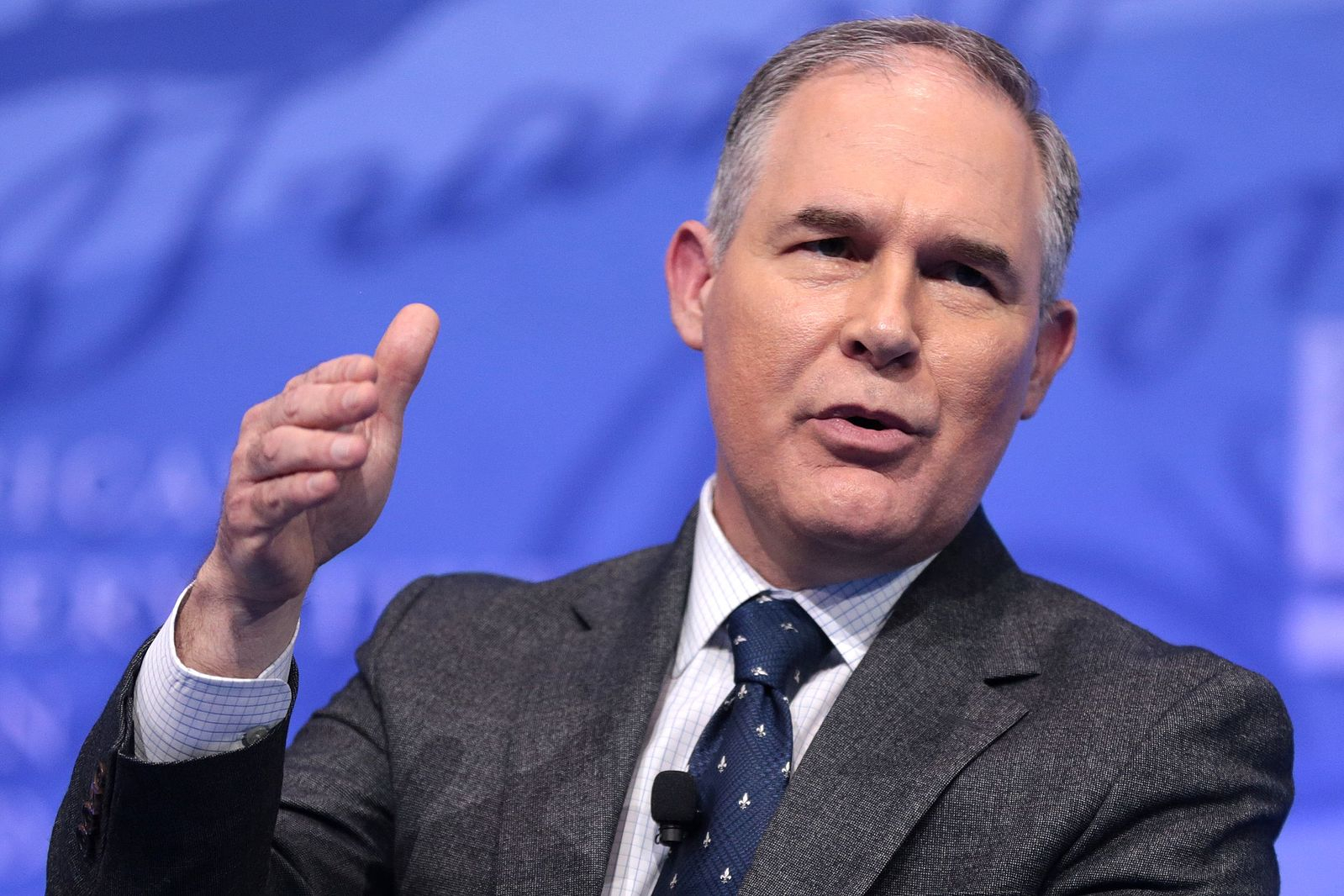 The move would clear the way for vehicles to, by 2030, spew an addition 600 million metric tons of carbon dioxide into the atmosphere ― equivalent to the entire annual emissions of Canada.

The widely anticipated proposal from the Environmental Protection Agency and the Department of Transportation outlines what environmentalists see as a worst-case scenario for vehicle emissions. In April, then–EPA Administrator Scott Pruitt declared a landmark Obama-era regulation bringing U.S. fuel economy rules in line with the rest of the developed world “wrong,” calling the standards “too high.”

The regulation, which automakers agreed to in 2012, required passenger vehicles to average 54.5 miles per gallon by 2025 — nearly double today’s standard. If fully implemented, over the course of the program, that rule would have reduced oil consumption by 12 billion barrels, halved tailpipe emissions and doubled fuel efficiency, saving consumers $3,200 to $5,700 in gasoline costs over a vehicle’s lifetime.

Instead, the new Trump administration standard aims to freeze 2020 standards through model year 2026. And in a break with the Republicans’ rhetorical reverence for states’ rights, the proposal would revoke a waiver allowing California to set its own vehicle standards, a long-standing provision in the Clean Air Act that grants special status to the Golden State, which is particularly prone to air quality problems.

“We are delivering on President Trump’s promise to the American public that his administration would address and fix the current fuel economy and greenhouse gas emissions standards,” EPA Acting Administrator Andrew Wheeler said in a statement.

The 978-page proposal — which accuses California of being “disproportionately focused on” greenhouse gas emissions — marks a major victory for automakers, which profit handsomely from gas-guzzling vehicles, and oil producers, which risked losing trillions of dollars in revenue to the burgeoning electric car industry.

Automakers had scrambled to distance themselves from the scandal-struck EPA’s decision to reopen the emissions rules, insisting they supported stronger standards. Ford Motor Co.’s top executives had even called for “increasing clean car standards” in a blog post titled “A Measure of Progress.”

“The Trump Administration has launched a brazen attack, no matter how it is cloaked, on our nation’s Clean Car Standards,” says California Attorney General Xavier Becerra.

But executives from the auto industry’s top three trade associations flanked Pruitt at a press conference in April, praising the decision. For them, the announcement capped more than a year of lobbying.

The Alliance of Automobile Manufacturers began preparing to demand a break on fuel efficiency standards in the midst of the 2016 presidential election. Last year the group, commonly known as the Auto Alliance, spent $8.1 million on lobbying, a nearly 9 percent increase from the previous year, according to data collated by the Center for Responsive Politics. The other two trade groups that joined Pruitt in April similarly ramped up spending. The National Automobile Dealers Association shelled out a record $4.8 million on lobbying last year, and the Association of Global Automakers increased its lobbying expenditures by nearly 50 percent, to $3.5 million.

The demands showed a marked shift from 2012, when automakers, two of which had just received massive taxpayer-funded federal bailouts, agreed to increase standards after months of negotiations with federal and California regulators. But by 2016, fuel prices had fallen from a record high national average of $3.60 per gallon four years earlier, and Americans were once again buying gas guzzlers. Automakers insisted the landscape had changed. In April the EPA agreed. In a 38-page finding, the agency repudiated the Obama administration’s consideration of the social cost of carbon ― the health and environmental damage caused by emissions ― and energy security valuation.

Trucks and SUVs are more profitable for automakers. General Motors earns $35,000 in profit for each $73,000 Cadillac Escalade it sells, according to The Detroit News. By contrast, electric vehicles are generally half as profitable as cars with combustion engines, a Daimler executive admitted last year.

"The auto companies are whistling past the graveyard that is the Chinese auto industry when they cease making efficient cars and switch over to mostly gas-guzzling SUVs and trucks."

Three weeks after the EPA said it would revise fuel economy standards, Ford, reporting a $1.7 billion quarterly profit, announced plans to discontinue all but two car models in favor of SUVs and trucks.

The intense focus on large, fuel-hungry vehicles comes amid a rapid shift toward electric and fuel-efficient cars in Japan, the European Union and China, the world’s largest auto market. China’s electric vehicle market is growing twice as fast as the United States’, and regulators in Beijing are considering banning combustion engines.

“The auto companies are whistling past the graveyard that is the Chinese auto industry when they cease making efficient cars and switch over to mostly gas-guzzling SUVs and trucks,” said Daniel Becker, the director of the Washington-based Safe Climate Campaign’s Center for Auto Safety. “It will pose problems for them even in the United States when gas prices do eventually rise.”

He blamed low demand for electric vehicles (EVs) on the auto industry, which spends roughly $15 billion a year on marketing that promotes pickup trucks and SUVs, including coveted and costly Super Bowl time slots. A study published in December in the journal Nature Energy found dealerships “were dismissive of EVs, misinformed shoppers on vehicle specifications, omitted EVs from the sales conversation and strongly oriented customers toward petrol and diesel vehicle options.”

But it’s the oil industry that may stand to gain most from the Trump administration’s new fuel economy rules. Adding 540 million electric vehicles by 2040 would cause oil demand to peak in the mid-2020s, wiping out $19 trillion in possible revenue for oil producers, according to a report released in May by Aurora Energy Research, based in Oxford, England.

“This is one of the most destructive policies in terms of increasing emissions,” said Luke Tonachel, the Natural Resources Defense Council’s director of clean vehicles and fuels. “Rolling back the standards is a giant giveaway to the oil industry at the expense of public health.”

The move comes six days after the EPA backed down in its first a major legal battle with environmental groups and 16 states over a loophole granted to manufacturers of “super-polluting” semitrucks. The rule, issued in Pruitt’s final hours before his controversial tenure as EPA chief ended in early July, lifts a 2016 requirement that truck makers dramatically reduce the number of “glider trucks” ― new truck bodies and cabs with salvaged engines and chassis ― to 300 per manufacturer per year.

“The Trump Administration has launched a brazen attack, no matter how it is cloaked, on our nation’s Clean Car Standards,” California Attorney General Xavier Becerra said in a statement. “The California Department of Justice will use every legal tool at its disposal to defend today’s national standards and reaffirm the facts and science behind them.”