A new tale of Winnie the Pooh, a spy comedy in need of laughs and Scotty’s sordid tales of old Hollywood 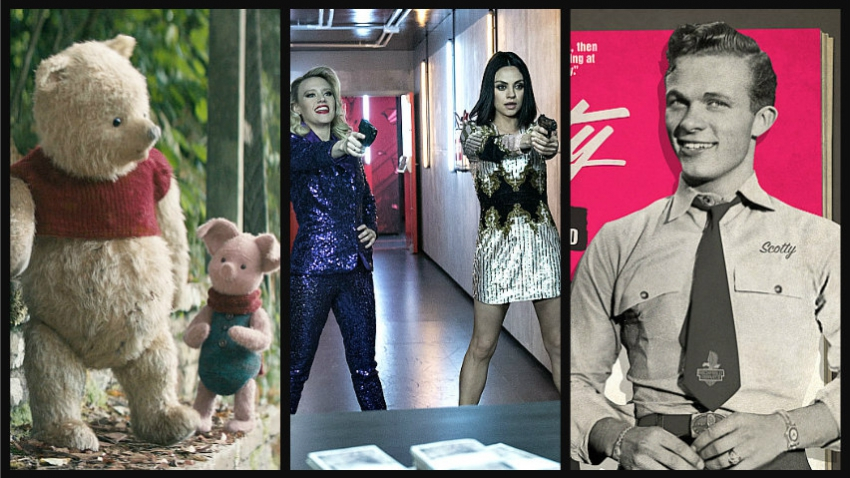 New movies playing in Canadian theatres this week have some ups and downs. Here are our ratings and reviews:

Scotty and the Secret History of Hollywood: 3

CHRISTOPHER ROBIN: It was only nine months ago that we got Goodbye Christopher Robin and in case you think this might be a sequel, let me assure you it is not. Sure the Winnie the Pooh characters figure in both and family issues are central, but the stories are far different. That one was about the pressures of fame that hit A. A. Milne’s family when his books became so popular. This one is imaginary. Those characters help Christopher, who was only a boy in the books and is now grown up (Ewan McGregor), re-affirm what’s important in life. That’s not finding budget cuts at the luggage company he works for, but having time for his wife (Hayley Atwell ) and daughter (Bronte Carmichael). It’s a familiar theme—dad distracted by the demands of his work—and is rather dry at the start but becomes quite lovely as it plays out. 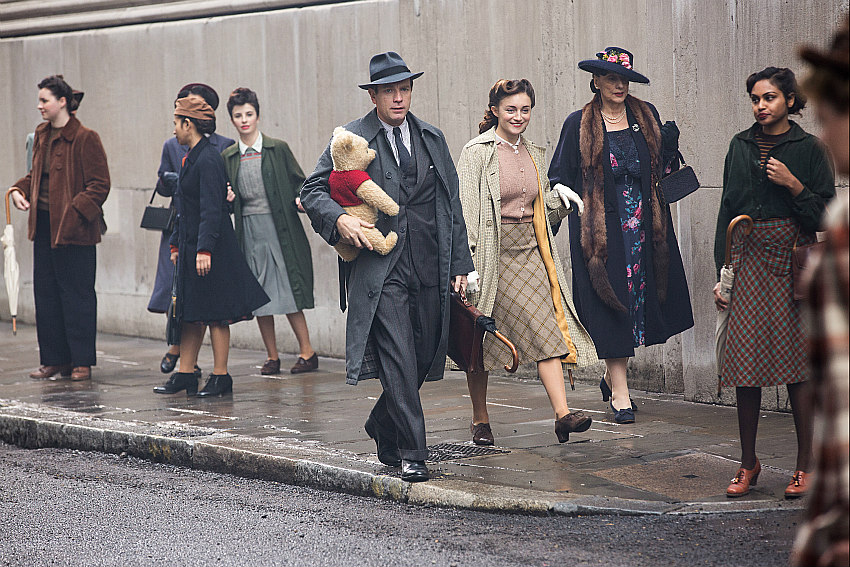 That’s largely because of the charming interaction he has with Winnie, Tigger, Eyore and the others. They’ve popped into a hole in a tree in the 100-Acre Wood and come to him in London. As a child he played with them as if they were real. Now he has to keep them out of sight, including the red balloon Winnie has him buy and especially at meetings at work. Is a briefcase more important than a balloon? Winnie asks. “Are you a swimmer or a sinker?” demands the slippery boss played by Mark Gatiss, known from Dr. Who, Sherlock and other British TV. “Life is happening to you right now,” insists Christopher’s wife upping the pressure on him. He has to find a way through this tangle and it is Winnie who calmly shows the way. The film is nicely directed by Marc Foster and watch for Robert Sherman, the legendary composer for Disney films, singing during the end credits. 3 ½ out of 5

THE SPY WHO DUMPED ME: A female buddy comedy is welcome but this isn’t the good one we’re waiting for. It’s fun but mindless, flirting too much with raunchiness and strong violence. And not funny enough, despite two sharp comics playing lead, Kate McKinnon from Saturday Night Live and several movies already, and Mila Kunis, who’s shown her comedy talent in only a couple of movies so far. You can expect more but she and Kate are sabotaged by a weak script in this one. Most of the jokes are justdull. Case in point: Kate’s character is Morgan, later expanded with Freeman, but what that leads to is more of a groaner than wit. 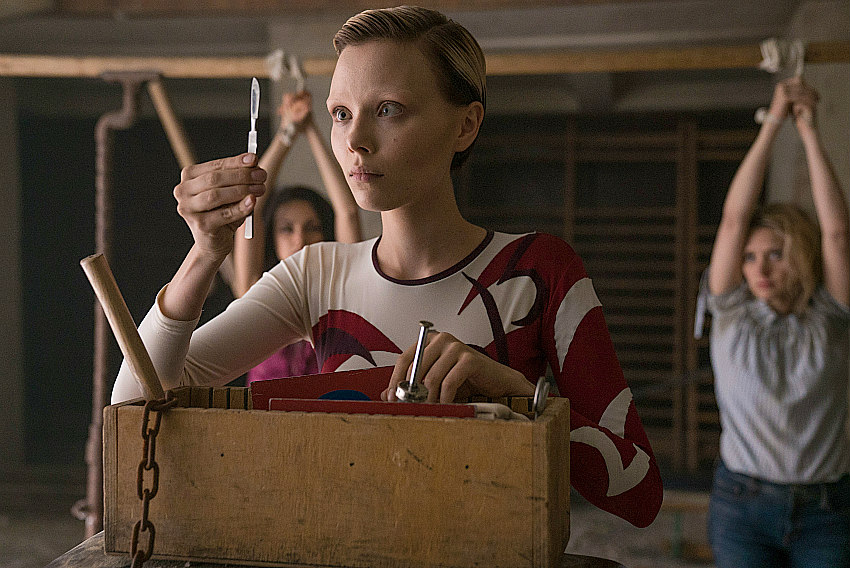 The film works way too hard to push the female friendship angle. You can feel the intentions in motion and that undercuts the story. Mila has been abandoned by her boyfriend (Justin Theroux), who it turns out is a spy for the CIA. She now has to deliver a package to a contact in Vienna because many lives are at stake. She convinces Kate to come along by speaking a rare clever line. “Do you want to die never having been to Europe?” Off they go to Vienna, Prague, Berlin, Amsterdam, Paris (makes you envious this time of year). They meet a guy (Sam Heughan )who claims to be on their side; a CIA area boss (Gillian Anderson) and a bony gymnast/assassin who’s trying to kill them. (She’s played by Ukrainian native Ivanna Sakhno who spent her highschool years here in Vancouver before getting into the movies). The story takes some usual turns –wrong way motorcyle rides against traffic, sudden gun battles and knife fights—and a novel one: a confrontation on Cirque de Soilel trapezes. Little of it is surprising though. More often, it’s overdone. 2 ½ out of 5

SCOTTY AND THE SECRET HISTORY OF HOLLYWOOD: You just might be saying to yourself “I didn’t want to know that.” Maybe a few times, as you hear the frank, sometimes sordid, stories Scotty Bowers has to tell. Many of them have been known, or at least rumored, for some time. He confirms gossip items about Cary Grant and Randolph Scott, Tracy and Hepburn, and many others. Walter Pidgeon found him working at a Los Angeles gas station, seduced him and thereby started his career as a procurer to the stars.He recalls a threesome he enjoyed with Lana Turner and Ava Gardner. But the stunner is what he says he did for the Duke and Duchess of Windsor. Royal watchers have long speculated about what they were into. 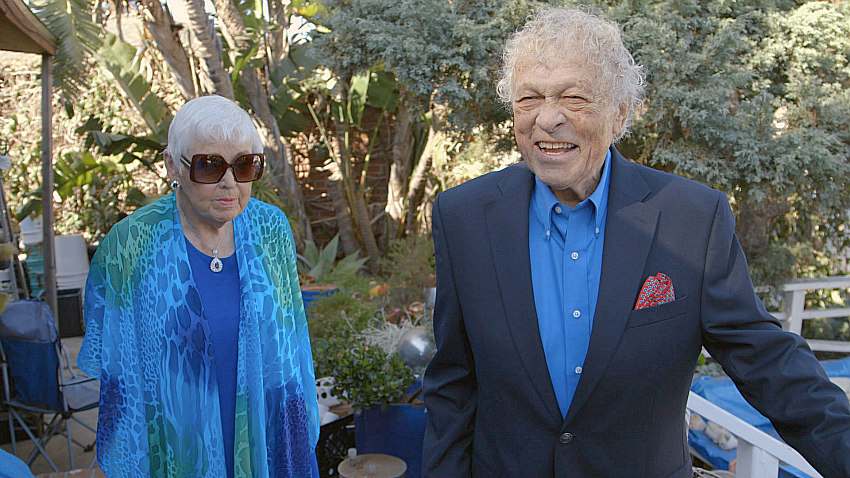 In the film he’s in his 90s, still lively, with a clear memory and a glib tongue. His wife says she wishes he had told her all about this before they got married. She might have backed out. He says he has no regrets; he wasn’t a pimp; he was doing a service. The film supports that do-gooder image. After all, stars back in the golden age of Hollywood weren’t free, but controlled by industry codes, morals clauses in studio contracts and the image demands of the fans. There’s a hustler in Scotty though, and a sad figure with a troubled early life. And here’s a kicker: he was a prime source for Kinsey’s studies of American sexuality. The film is a rich tour of his life dressed up with movie clips (Cary Grant in Bringing Up Baby, naturally) and many very graphic photos (not of stars, though) from his own collection. 3 out of 5

THE KING: There are two stories running in parallel in this film. One is a speedy biography of Elvis Presley, the poor boy who became a music giant (the king of rock and roll) and then suffered a decline with excess. The other is America, born in pioneer idealism, grown into a world power and now sagging as a bully. Each story is told, argued and illustrated extremely well, but the connections aren’t convincing. The director, Eugene Jarecki, is a respected documentarian, writer and commentator on social issues and politics. He covers many in the film; just misses linking them. 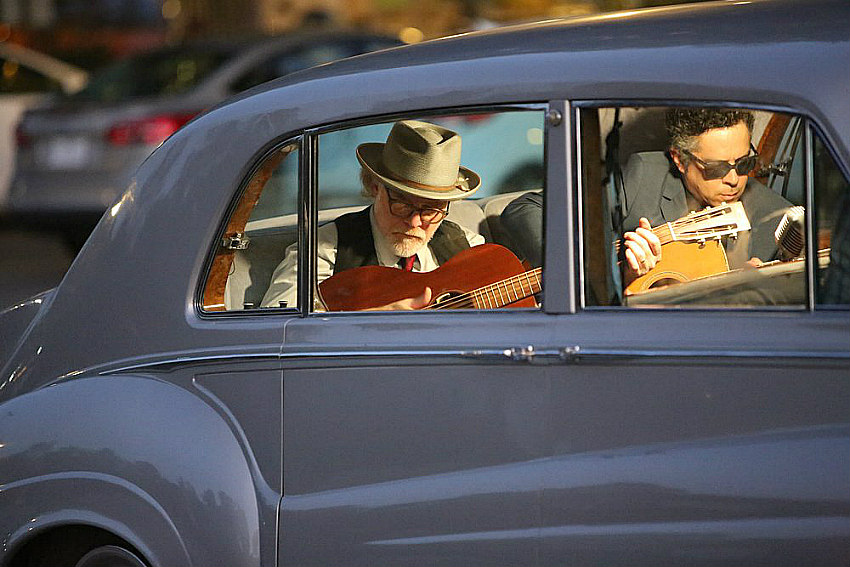 It’s a great trip though. He bought a Rolls Royce that Elvis used to own, and drove it cross country picking up a rich variety of passengers for brief rides. There are old Elvis associates like Scotty Moore, new groups playing music, Emmylou Harris talking about Elvis as tragic and alone, Chuck D of the group Public Enemy talking about cultural appropriation, Stax girls singing soul, an old blues singer talking. That’s the music side. On the political we get Dan Rather, James Carville, Alec Baldwin (sure that Trump would not win), and Van Jones trying to straddle the two sides. His Dad hated Elvis, he says, and he blasts the U.S. for its imperialism. Stronger words than he uses on CNN these days. Mike Myers is there for a Canadian view (rather bland, actually) and Ashton Kutcher says sometimes fame is bigger than the talent behind it. There’s a side trip to the poor Mississippi neighborhood where Elvis was born, lots of glitter in Las Vegas where he got fat and a steady rush of news and movie clips. Despite its shortcomings, this is a very entertaining film. 4 out of 5

LETTER FROM MASANJIA: This very compelling film is back after its DOXA screening in May. Anyone with an interest in modern China should see it. The story is rife with intrigue, repression and tenacity. It starts in Oregon where a mother buys a Halloween toy made in China, a styrofoam tombstone, doesn’t unwrap it for a couple of years and finds a surprise when she finally does. It’s a note from a man named Sun Yi who says he was being forced to work in a Chinese labor camp. (He had joined Falun Gong, which the government was cracking down on because it considered it a threat). The woman told Human Rights Watch, found no interest there, but incited a big story when she went to a newspaper. Big enough for China to close those labor camps.

By that time Sun Yi had already been released--that’s him in the photo with Masanjia in the distance—and looking for another chance to tell his story. He wanted to make a film about his arrest, the breakup of his family, losing his rights in prison and the repression he suffered. Meanwhile, over here in Surrey, Leon Lee, who had made an award-winning film about Chinese organ harvesting, was looking for him. They worked together long distance to make this film, in secret and with an anonymous assistant in China. There’s high drama in it about resilience and standing up and not giving in. Leon Lee will attend the screenings on Fri, Sat and Sun. 4 ½ out of 5

THE DARKEST MINDS: More teenage paranoia in case Divergent and those others didn’t have enough for you. This time teens develop super powers. Government types feel threatened, lock up the kids in camps and unwittingly spark a resistance movement. That happens when one escapes, finds a band of others out in the post-apocalyptic wilds and shapes them into a force. No it’s probably not as simple as that, I haven’t seen it, but it does seem as derivative as that. Cue the metaphors.