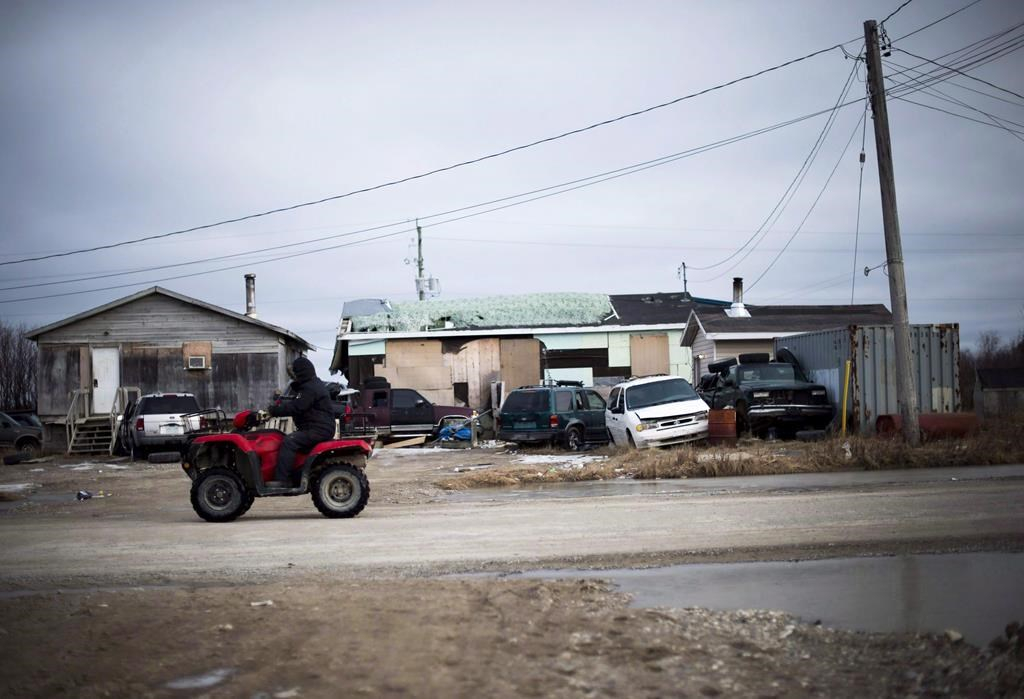 A man rides his ATV in the northern Ontario First Nations reserve in Attawapiskat, Ont., on Tuesday, April 19, 2016. File photo by The Canadian Press/Nathan Denette
Previous story
Next story

The Trudeau Liberals are offering Indigenous communities $30 million in prize money as part of a contest that could end up rewriting the rules about how the federal government funds badly needed housing on-reserve.

Key to the contest is to draw in private sector builders to help finance the construction and repairing of homes in First Nations, Inuit and Metis communities.

The Liberals have made overtures to the private sector to help cover the cost for on-reserve infrastructure to close the estimated $30 billion needed to repair and upgrade homes, roads, and water systems.

Now they're looking for new ideas to test.

She said the contest will help suss out needed policy changes for projects and ideas that aren't easily permitted under existing funding rules, such as mixed-used projects that combine residential and commercial space.

"Going along with business as usual is not going to close that (housing) gap quickly," she said in an interview ahead of Tuesday's scheduled announcement.

"This is an opportunity to say, perhaps we need to change some of the approach — how can we, in fact, be smarter about the money that we're spending."

More details about the program will be announced this fall at the open of applications for the prize money. The winnings will be awarded over three rounds starting in spring 2019.

The contest is the latest in a string of challenges the Liberals have launched since coming to office in November 2015, aiming to reshape how funding recipients think about projects and how the government spends money.

What the government is looking for out of the contest is to fund projects that can be replicated in other communities, bring back traditional Indigenous building styles and techniques, and create an economic boost for communities that could include sourcing materials locally or providing job training to young people.

"This is an opportunity to say 'if you have an idea of how you can actually address the social problem and at the same time provide housing space' then these are the kinds of things we would like to support," Philpott said.

"Once you can demonstrate proof of concept, often that will be the trigger that it will take for others to be able to scale up those examples."

A report in May from the Indigenous caucus of the Canadian Housing and Renewal Association said that some 118,500 Indigenous households, or 18.3 per cent, lived in “core housing need,” meaning they lived in homes that stretched them financially, required hefty repairs, or were too small for their families.

The Canada Mortgage and Housing Corp. reported in late June that some 1.6 million homes, or 13.6 per cent of all urban households, were in core housing need in 2016, a figure relatively unchanged from 2015.

Spending from the Liberals' first budget in 2016 has, as of the end of March, paid for the construction and renovation of 8,786 homes, the government said, with work underway on 5,178 units.