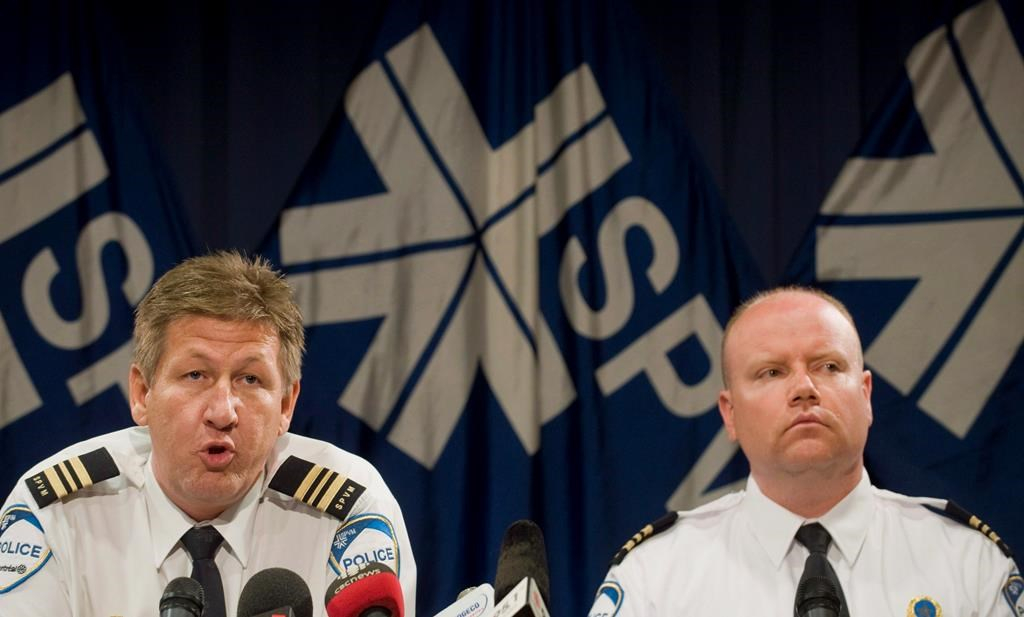 Denis Mainville, left, and Ian Lafreniere, of the Montreal police department, speak to reporters at a news conference in Montreal on June 5, 2012 about the arrest of Luka Rocco Magnotta, who is the main suspect in the killing of Chinese student Jun Lin. F
Previous story
Next story

A high-profile Montreal police officer will run for the Coalition Avenir Quebec in the upcoming provincial election campaign.

A party source tells The Canadian Press that Ian Lafreniere, who has spent nearly two decades as one of the force's most prominent faces, will make the announcement official in the coming days.

Lafreniere is an inspector who ran the communications department and is currently on leave from the police force. He is on vacation abroad until next week.

There have been persistent rumours since July that Lafreniere would jump into provincial politics.

The Coalition has been leading in recent polls ahead of the Oct. 1 election.

Lafreniere is expected to run in Vachon, a Montreal-area riding that has been held mostly by the Parti Quebecois since 1994.

It is currently represented by Martine Ouellet, an Independent who was a longtime PQ member before her brief, chaotic stint as leader of the Bloc Quebecois.

She resigned in June after suffering a crushing defeat during a Bloc leadership vote and announced around that time she wouldn't run again provincially in 2018.