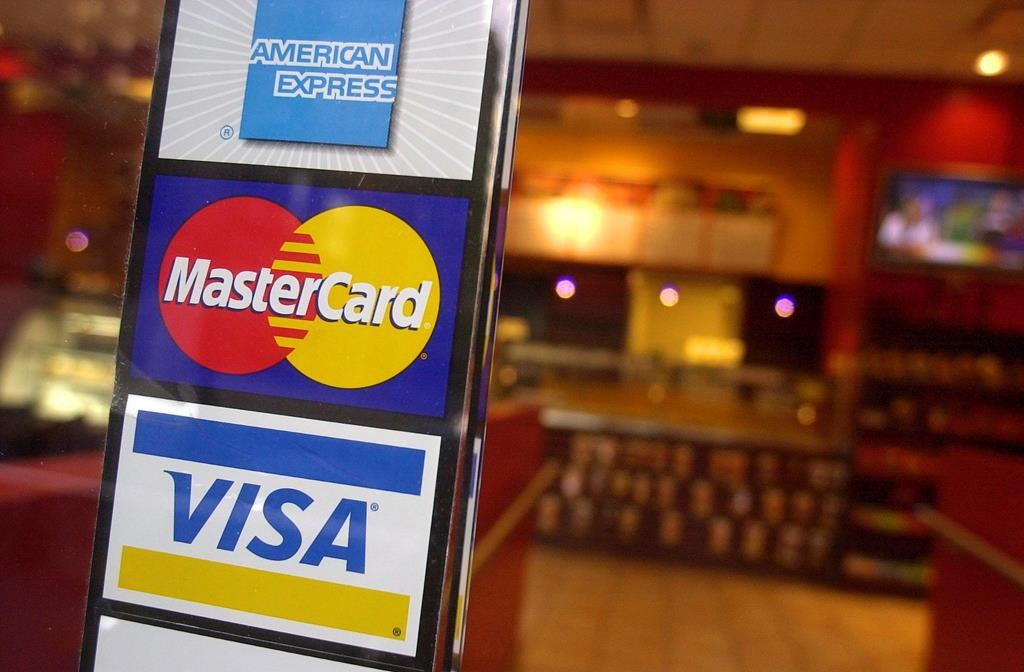 Signs for American Express, MasterCard and Visa credit cards are shown at the entrance to a New York coffee shop on April 22, 2005. File photo by The Associated Press/Mark Lennihan
Previous story
Next story

The federal government is announcing today that major credit card companies have agreed to lower the fees they charge the country's businesses.

A government source tells The Canadian Press that Ottawa has reached voluntary, five-year deals with Visa, Mastercard and American Express that the feds expect will help small and medium-sized companies save a total of $250 million per year.

Starting in 2020, Visa and Mastercard will reduce the fees they collect from businesses to an average annual effective rate of 1.4 per cent — down from 1.5 per cent — and narrow the gap between the highest and lowest rates they charge retailers.

American Express has agreed to provide more fairness and transparency as part of a separate voluntary commitment that recognizes its unique business model.

The changes, which are also expected to help consumers, are being unveiled at an Ottawa grocery store later today by Finance Minister Bill Morneau and Mary Ng, the new minister for small business and export promotion.

The source, speaking on condition of anonymity to discuss matters not yet public, says the reductions could help smaller businesses save thousands of dollars over the five-year period — and the government is hoping the extra funds will encourage owners to invest, expand and create jobs.

Ottawa expects the lower interchange rates will enable smaller firms to avoid being at a big competitive disadvantage compared to larger companies, which have more leverage in negotiating with credit card firms for reduced fees.

The government also expects consumers to benefit from the changes because the lower costs to businesses will enable them to keep prices lower.

In November 2014, Visa and Mastercard voluntarily agreed to reduce their average effective fees to 1.5 per cent over five years — a period that began in April 2015.

Morneau announced in September 2016 that an independent audit found that the companies had met their respective commitments. At the time, the government also said it would conduct a review to ensure there was adequate competition and transparency for businesses and consumers when it comes to credit card fees.