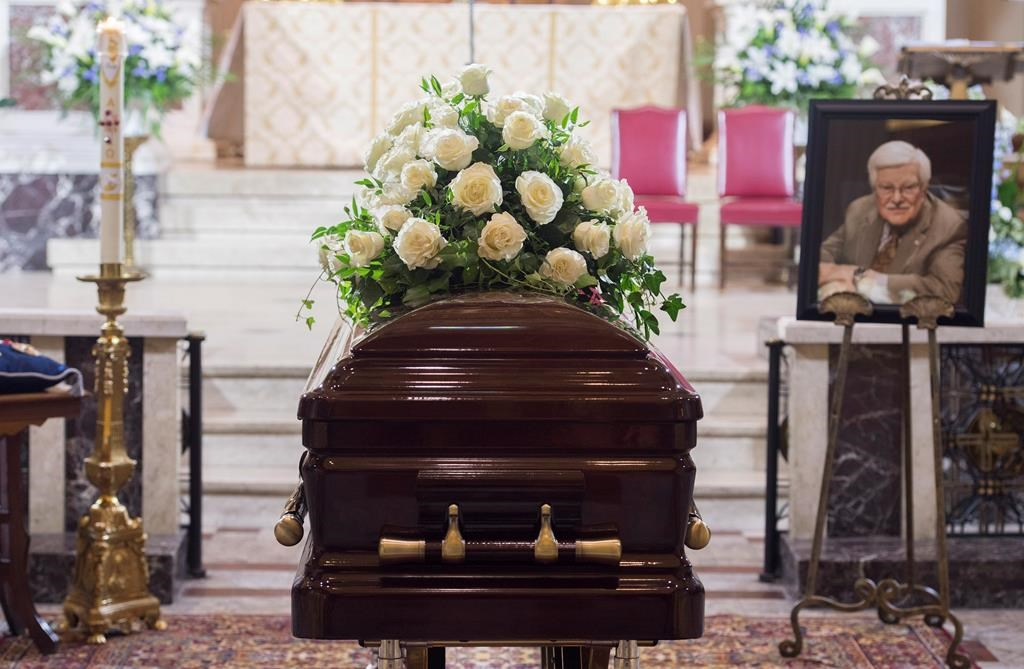 The coffin containing the remains of Paul Gerin-Lajoie is shown during his funeral at Mary Queen of the World Cathedral in Montreal, on Thursday, August 9, 2018. Photo by The Canadian Press/Graham Hughes
Previous story
Next story

A funeral was held in Montreal on Thursday for Paul Gerin-Lajoie, a key architect of education system reforms in Quebec during the 1960s.

Prime Minister Justin Trudeau, Gov. Gen. Julie Payette and Quebec Premier Philippe Couillard were among the dignitaries who gathered for the service at Mary Queen of the World Cathedral.

"Paul Gerin-Lajoie was a man who shaped modern Quebec in so many ways, from its international presence to the education system that is world class," Trudeau told reporters before the funeral.

"We are extraordinarily fortunate to have had such a man amongst us and to be able to celebrate his life and achievements."

Gerin-Lajoie, who died June 25 at the age of 98, was the first education minister in modern Quebec history, from 1964 to 1966 in the government of Jean Lesage.

"Education emancipated Quebecers in the 1960s and propelled them toward modernity," the premier told reporters. "That can never be forgotten."

Gerin-Lajoie launched a vast survey of education in Quebec, with its findings leading to a new school system that included free public education, an obligation to attend school until age 16 and the establishment of the junior-college system.

He went on to lead the Canadian International Development Agency from 1970 to 1977 and was later appointed president and CEO of the Old Port of Montreal Corporation.