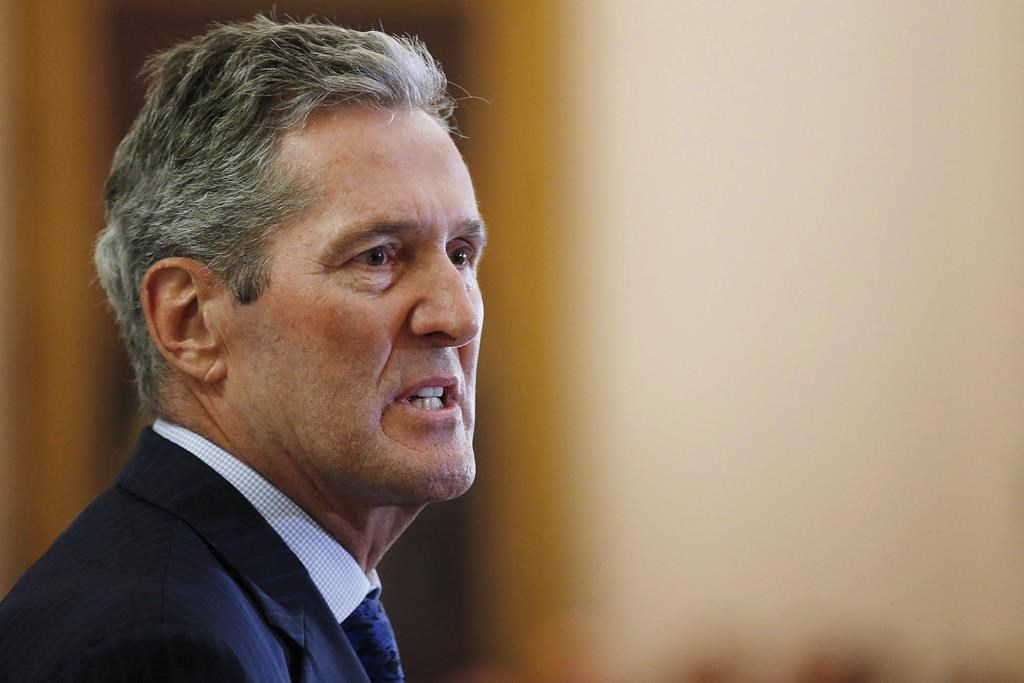 Manitoba Premier Brian Pallister speaks during his cabinet shuffle at the Manitoba Legislature in Winnipeg on August 1, 2018. File photo by The Canadian Press/John Woods
Previous story
Next story

Manitoba Premier Brian Pallister said government culture has to change after a study showed hundreds of civil servants experienced sexual harassment while working but most did not report it.

"We really take seriously the need to change the culture because people should not be afraid to report instances of harassment, they should not fear reprisal," Pallister said on Thursday.

The report focused on what was heard during consultations with more than 3,000 employees about a culture of sexual harassment in government. More than 500 said they had experienced harassment.

The most frequent types of harassment were things like leering or invading space, but many others reported inappropriate physical contact such as touching, patting or pinching.

Ten per cent said they were currently experiencing sexual harassment.

Most employees said they didn't report it because they were afraid of reprisal or hurting their career.

For those who did report the harassment, 24 per cent of employees said nothing was done. Only 13 per cent said they were satisfied with the resolution.

A second report, by an external consultant, included 25 recommendations to improve policies and practices.

Two women said they complained about the behaviour but were later informed they would have to "suck it up."

In June, the province released statistics for the first time on the number of complaints related to harassment, bullying and misconduct among the civil service in the last fiscal year. There were 20 allegations of sexual harassment and hundreds of accusations of other misconduct.

The government has since made it mandatory for managers to forward any complaints of harassment to the civil service commission.

Pallister said many other changes have been implemented, including a "no wrong door" approach to reporting any harassment. But he said it would take time to show people they can come forward.

"We are ready to help and want to help but I understand that there was a culture that wasn't like that before and I understand that some of the people who have been harassed have worked for years under that culture," he said.

"I know its not going to be an easy thing but it's important that we take those steps that we've taken today and will continue to take to change that culture."

Rochelle Squires, minister responsible for the status of women, said it was "heartbreaking" but not surprising that most people who say they experienced harassment were women.

"We know that the Manitoba civil service is not alone in this phenomenon. We are seeing around the globe with the MeToo campaign, we are hearing instances of women in all ranks and echelons of society that are being harassed," she said.

Squires said she wants women to know the government is acting to create a better workplace.

New Democrat Opposition Leader Wab Kinew said the report showed there are issues with the "no wrong door" policy and employees are confused about who it applies to. He called for an independent office to receive and investigate harassment allegations.

The recommendations for improving the government's policy include providing regular training and clearer guidelines for responding to harassment complaints. The government said they will be acted on in the coming months.