Trudeau on guns: 'lots of conversations' about next steps but no new registry 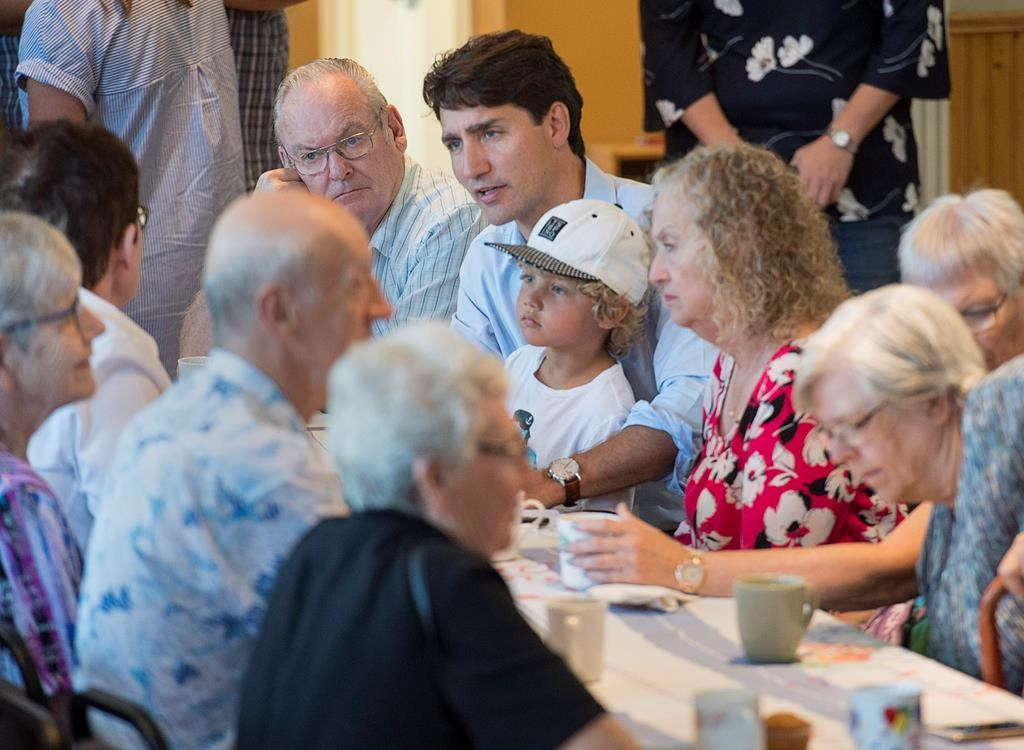 Trudeau is visiting Atlantic Canada just as the city of Fredericton continues to come to grips with Friday's deadly shooting, which claimed the lives of four people, including two local police officers.

He's fielding the usual array of questions that follow such tragedies — including whether Ottawa is prepared to contemplate any new restrictions on firearms.

Trudeau says his government has already moved forward with "common-sense gun legislation" that will deepen background checks and impose "reasonable limits" on the transport of weapons. Bill C-71 will also require retailers to keep inventory and sales records for longer periods of time.

But he's again insisting that he's not bringing back the registry, long a sore spot with farmers and gun enthusiasts after it was introduced in 1993 by Jean Chretien's government and even after it was dissolved in 2012 by the Harper Conservatives.

Over the weekend, Trudeau was in Fredericton where heoffered condolences to the families of the victims of the shooting, which killed police officers Robb Costello and Sara Burns, as well as Bobbie Lee Wright and her boyfriend, Donnie Robichaud.

"We will not be bringing back a long-gun registry — it's not part of our plan and has never been," Trudeau said today after a town hall meeting with seniors in the community of North Milton.

"There are lots of conversations going on about what next steps might be taken. We're listening to people and talking to experts about what we can do to keep our communities safe."

Trudeau was joined by newly appointed Seniors Minister Filomena Tassi, and also had his young son Hadrien in tow.

"I do this job because I have kids," he said on his way into the venue. "One of the things that I learned from my Dad was that if I just do this job and don't bring my kids along with me every now and then, I won't see them enough."

He was scheduled to move on to Charlottetown later in the day to visit the Old Home Week fair at the city's harness racing track, before delivering remarks at a strawberry social.

Ten children lost a parent Friday morning — Burns was married with three children, while Costello was a father of four, and Robichaud had two teenage sons and an older daughter.

Matthew Vincent Raymond has been charged with four counts of first-degree murder and is scheduled to appear in court on Aug. 27. He was shot by police on Friday and was being treated in hospital. Police have not disclosed the severity of his injuries.

Police did not say if the suspect and victims were known to each other and a motive was not yet known.

Both Robichaud and Raymond were residents of the apartment complex where the shooting took place, but lived in different buildings, the landlord has said.