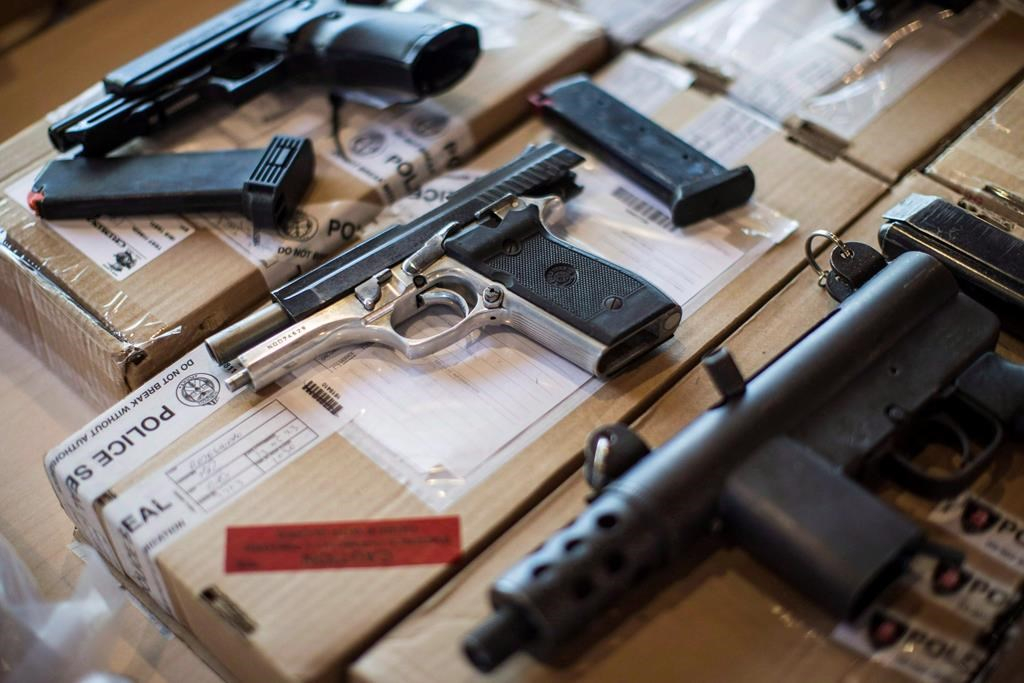 Police display guns seized during a series of raids at a press conference in Toronto on Friday, June 14, 2013. File photo by The Canadian Press/Chris Young
Previous story

Montreal's city council unanimously adopted a motion on Monday calling for the federal government to ban the possession of handguns and so-called assault weapons across the country except for members of security forces and other authorities mandated to posses firearms.

The resolution follows a similar motion passed by Toronto city council in July after a gunman opened fire on the city's Greektown district, killing two people and injuring 13 others.

Coun. Alex Norris, who tabled the motion, told the assembly the problem of guns in cities won't be solved with a local ban and, thus, a nation-wide prohibition on certain types of weapons is necessary.

"(A local ban) would be a half measure and completely inefficient because it would be simple to import firearms acquired in another part of the country into the big cities."

The city's motion also calls on the federal government to strengthen its gun-control bill, known as C-71, which doesn't prohibit the private ownership of handguns or military-grade firearms.

Norris's motion excludes members of the Canadian Armed Forces, police as well as other authorities mandated to possess firearms.

He said the motion doesn't target shotguns or hunting rifles, but takes aim at handguns and firearms known as "assault weapons," which Norris described in the past as "police or military-style weapons."

Montreal's police union released a statement applauding the motion, saying it is "always in favour of a strict control over the possession and circulation of firearms."

The president of the Canadian Association of Chiefs of Police, however, said last week the country's gun laws are "very good" and his organization wasn't seeking any wholesale legislative changes in response to recent gun violence.

Prime Minister Justin Trudeau has said his government is "listening attentively" to the council motions from the nation's two largest cities.

Illegal guns sourced in Canada surge compared to those smuggled from U.S.