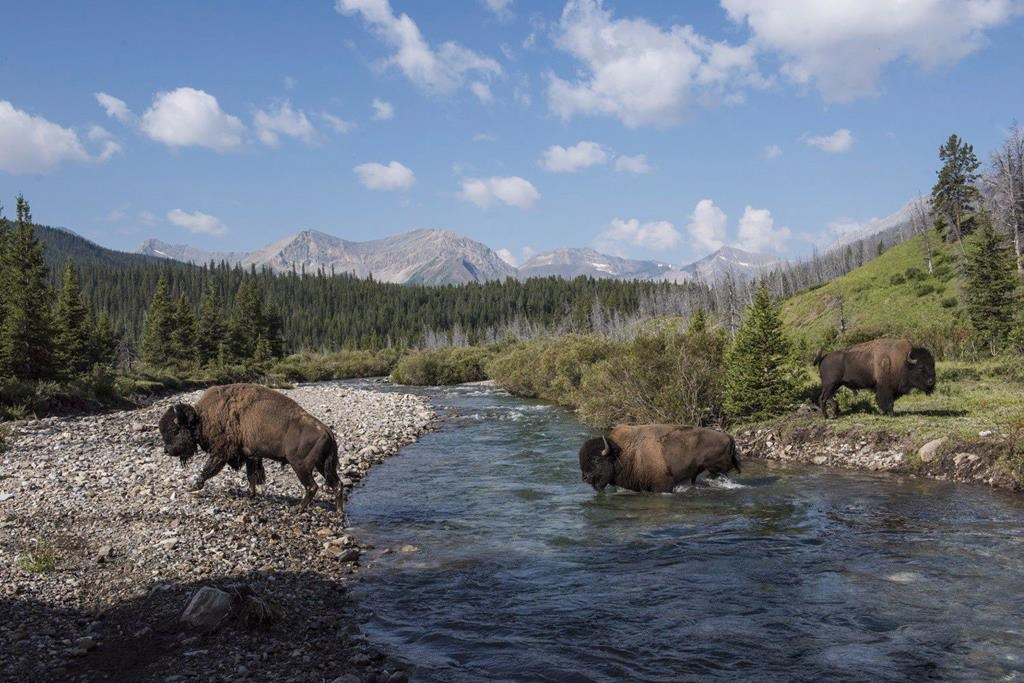 A plains bison herd has officially been protected as wildlife on provincial land near Banff National Park.

The ministerial order by Environment and Parks Minister Shannon Phillips was signed Tuesday and gives the Banff bison the same protection as other wildlife — such as grizzly bears — should they wander out of the park and onto provincial land.

The amendment to the Wildlife Act has established a 239-square-kilometre area called the Upper Red Deer River Special Bison Area. It stretches northwest of Banff National Park to land in and around the federally run Ya Ha Tinda Ranch.

"They are considered wildlife in those areas," Phillips said in an interview. "The best thing to do that we're saying to the public is don't pull out your gun. Pull out your cellphone and report it if you do see one.

"These animals are being monitored ... so we don't anticipate a huge number of problems."

Two bull bison that wandered out of the park were removed from the herd by Parks Canada in the last week. Officials with Banff National Park said they posed a safety risk to the public and to livestock.

One of the bulls was killed by park wildlife staff, while the second was captured and relocated to Waterton Lakes National Park's bison paddock.

"It's their responsibility and they dealt with it in the way they felt was best," said Phillips. "We're in a supporting role on this, and it's their wildlife biologists and experts who are taking the lead on this so they did what they thought they had to do."

Parks Canada said the other 33 bison in the herd remain in Banff National Park, which is a federally protected area.

Sixteen plains bison from Elk Island National Park were reintroduced to the park in February 2017 in the remote Panther River Valley, about 40 kilometres north of Banff.

Ten of the females had calves last year and most of them have given birth again this year.

The herd was allowed to roam free on July 29.

Phillips said it became clear a provincial response to the bison reintroduction in Banff was needed.

"Ultimately we want to see this succeed," she said.

"This is a living science experiment, but it's one that has tremendous cultural significance and it also has environmental significance."

Some First Nations have called on the province to classify bison as wildlife throughout Alberta.

Phillips said the province is awaiting advice from the Endangered Species Conservation Committee before making that change for all free-roaming plains and wood bison. The committee brings together scientific expertise and the knowledge of people who own, manage or use land to plan for the management of species at risk.

Plains bison are an iconic part of Canada's history, having freely roamed in the Rockies, and were vital to First Nations and early settlers. They disappeared from the area due to overhunting before the national park was created in 1885.

Hunting a bison from the Banff herd could result in a provincial fine up to $50,000 or time in jail.

By The Canadian Press | News, Politics | August 19th 2018
State Of The Animal