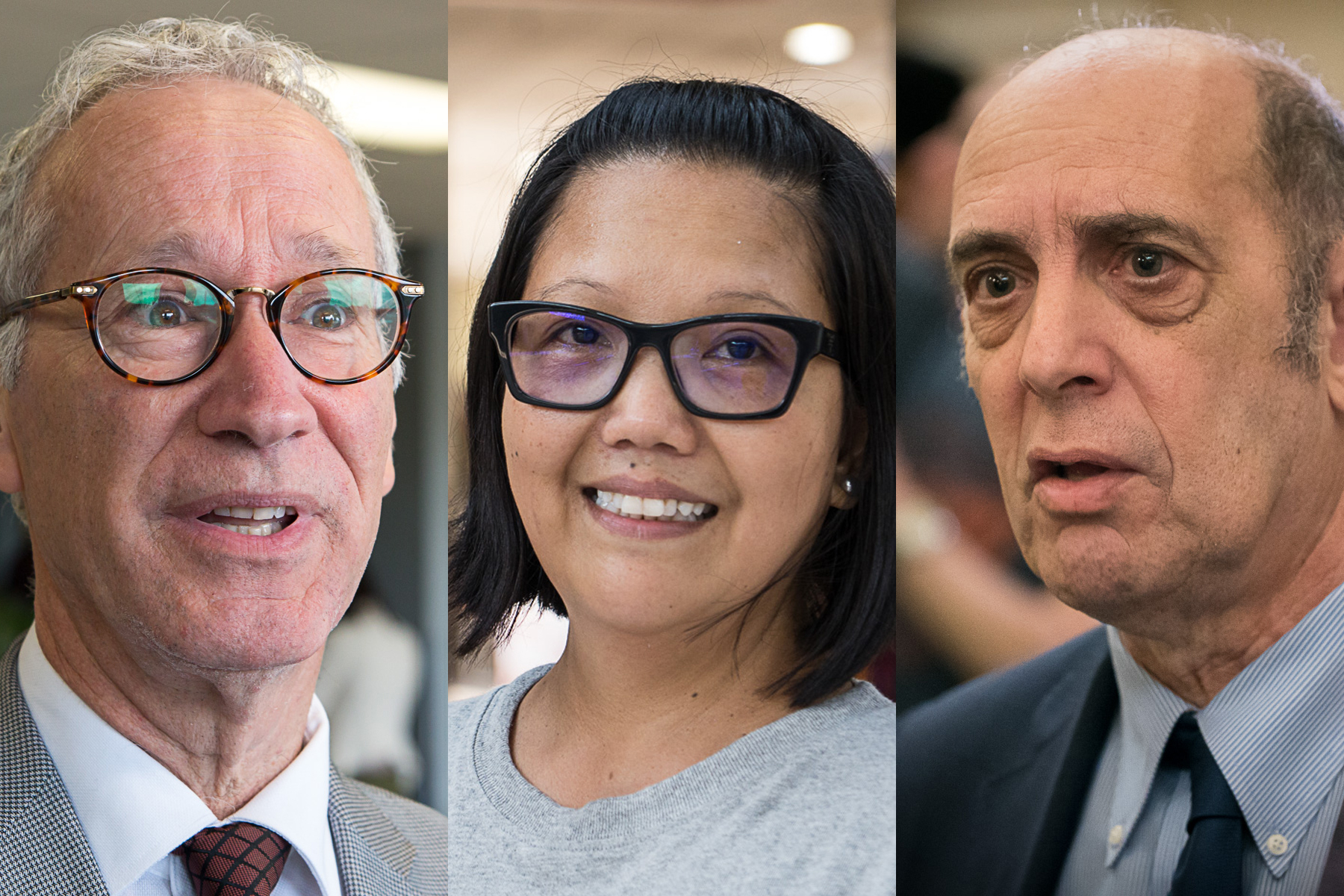 As Quebec's provincial election campaign kicks off this week, candidates and political observers are reminding residents of changes to Montreal's riding map that could reduce the weight of voters from certain ethnic communities.

Last year, the electoral commission eliminated the city's Outremont and Mont-Royal ridings, and split their voters between the expanded riding of D'Arcy-McGee, a new riding called Mont-Royal—Outremont, and the riding of Mercier, which covers part of Montreal's Plateau neighbourhood.

The changes have a particular impact on D’Arcy-McGee’s Jewish community, which will see its clout reduced as the riding gains 13,000 new voters, and Montreal’s Filipino and Hasidic Jewish communities, which traditionally inhabit Côte des Neiges and the Town of Mount Royal, and Outremont, respectively, and are now divided into two ridings each.

“A riding should make some sense,” David Birnbaum, Liberal MNA for D'Arcy-McGee, told National Observer in an interview in early August. “It should be geographically coherent, and it should respect natural communities, and that’s a fundamental concern I have [with the new map].”

Birnbaum, who is seeking re-election in October, is Quebec's only Jewish member of the National Assembly. If his campaign is successful, he’ll have a significantly larger and more diverse riding than he did when the legislature dissolved.

In addition to covering the cities of Côte Saint-Luc and Hampstead west of Highway 15, one of Montreal’s major arteries, and parts of the Côte-des-Neiges–Notre-Dame-de-Grâce borough, D’Arcy-McGee has been expanded to include part of the Town of Mount Royal.

Prior to the re-drawing, his riding contained Quebec’s largest Jewish population, possibly the highest proportion of seniors in the province, and a unique majority of anglophone voters. It now includes economically and socially diverse communities from the new part of the riding, and more than 56,000 voters in total, nearing the legal limit of 61,190 voters per riding.

While he said he’s “deeply committed” to serving the new members of his riding if elected, Birnbaum said he’s concerned the the job of an MNA in his riding will be quite different.

“The role of the future MNA of D’Arcy-McGee will be less focused on defending a natural Jewish community,” he said. “It wasn’t the whole extent of my role, but this is what quite normally was a part of the role."

When the changes were finalized in March 2017, they drew such ire from city politicians and community leaders across the five boroughs of the three amended ridings, that a citizens' committee launched a court challenge against them that will be heard in 2019. Led by former federal MP Marlene Jennings, and Beryl Wajsman, editor of the weekly Suburban newspaper, the group filed the paperwork last May, arguing that the electoral commission disregarded its own rules in the redrawing process.

“The criteria for dividing ridings must take into account population, historical communities and the character of the riding,” said Julius Grey, one of Canada’s foremost constitutional law experts and the lawyer representing the citizens’ committee, in an interview.

“There are all sorts of elements that must be considered, but in this particular case it was just pure politics.”

The case also argues that the riding map violates the fundamental right to participate in elections, which in the past, has been interpreted broadly by the courts to apply to more than just the right to vote, and has been used in previous cases of uneven riding re-distributions.

“It’s not quite a gerrymandering case here, but I’m looking to establish a basic duty... to make sure that ridings are properly representative,” Grey explained.

Despite much publicity around the map and the court case, many residents of the impacted ridings are unaware of the changes, or how it could change the weight of their vote on Oct. 1.

Malky Gross, a Hasidic Jewish woman living in Outremont, didn't know her community had been divided into two ridings, and said she hopes it won't affect its members too much.

“I’m not sure what it’s going to mean,” she said in an interview. “I believe God will help me in whichever votes I take part, and I’ll hope for the best.”

Rowena Mascarinas, a Filipina woman who lives in the Town of Mount Royal, also didn't know she lives in a brand new riding. It doesn't bother her that her community will be split between two ridings however, because “we’re in Montreal, I don’t have to be coded as a minority. It doesn’t change anything for me.”

In his office at the Beth Israel Beth Aaron Congregation, a synagogue in Côte Saint-Luc, Rabbi Reuben Poupko said he doesn’t think people in his community know about the changes either.

“I think most people are completely oblivious to it,” he said. “There’s no clamor.”

Poupko said that while there are few ridings in Quebec where Jewish people vote, he doubted that the redrawn map would change the outcome of the election in D’Arcy-McGee.

“Our ability to have an impact on Quebec politics is already limited, so maybe it’s a little more limited now. But we’re not decisive in the elections, and this riding is not in play.”

Quebec’s electoral commission first put forward the changes to the map in 2015, but after consultation with the five city boroughs that constitute the three affected ridings, the commission went back to the drawing board.

When it later proposed to eliminate a riding on the east side of Montreal, represented by Quebec Solidaire’s Manon Massé, an outcry from city politicians and the French press prompted the commission to revert to its original changes.

Critics have said flaws in Quebec’s election law are to blame for the map’s construction and argue the law should be updated. Under the current legislation, the electoral commission calculates what the average population of a riding would be based on the province’s population and the number of ridings, and allows ridings sizes to vary by plus or minus 25 per cent from that number.

By comparison, Manitoba’s ridings cannot vary by more than 10 per cent from the average unless they are in the sparsely populated northern part of the province, and Ontario largely matches its electoral districts with the federal ones, making them relatively evenly distributed. The law also limits the Quebec’s National Assembly to 125 seats, preventing the electoral commission from adding new ridings as urban populations grow.

According to Montreal City Coun. Marvin Rotrand however, the commission didn’t need to eliminate a Montreal riding at all. The Snowdon representative said there are seven ridings that have less than the minimum number of voters, only one of which has an exception in the law — Îles de la Madeleine, which has a population of less than 15,000.

“[The commission] had other options, such as looking at what they could do in Quebec’s rural areas, where they have not had the political courage to apply the law,” he explained in an interview. “The law seems to be almost whimsical in terms of its application.”

The result is a map that privileges a smaller number of rural voters and limits the voting power of cities, Rotrand added, and for people in ridings like D’Arcy-McGee and Mont-Royal—Outremont, which are approaching the maximum number of voters, their vote will count for less than it would if they voted in a rural district.

“That gap really over-represents the rural regions of Quebec and skews the democratic will. The map is inherently discriminatory against some voters.”

Birnbaum said the Quebec Liberals had some “important debates” about changing the law, but haven’t made plans to address the disparity if they’re re-elected.

“Is there a possibility that should we form the next government there would be a careful look at the legislation? I think there might be, and I believe there should be,” he said.

The Coalition Avenir Quebec, currently leading the polls, did not respond to National Observer's request for comment, but leader François Legault told the Suburban in April that he believed the average number of electors in each riding should be the same.