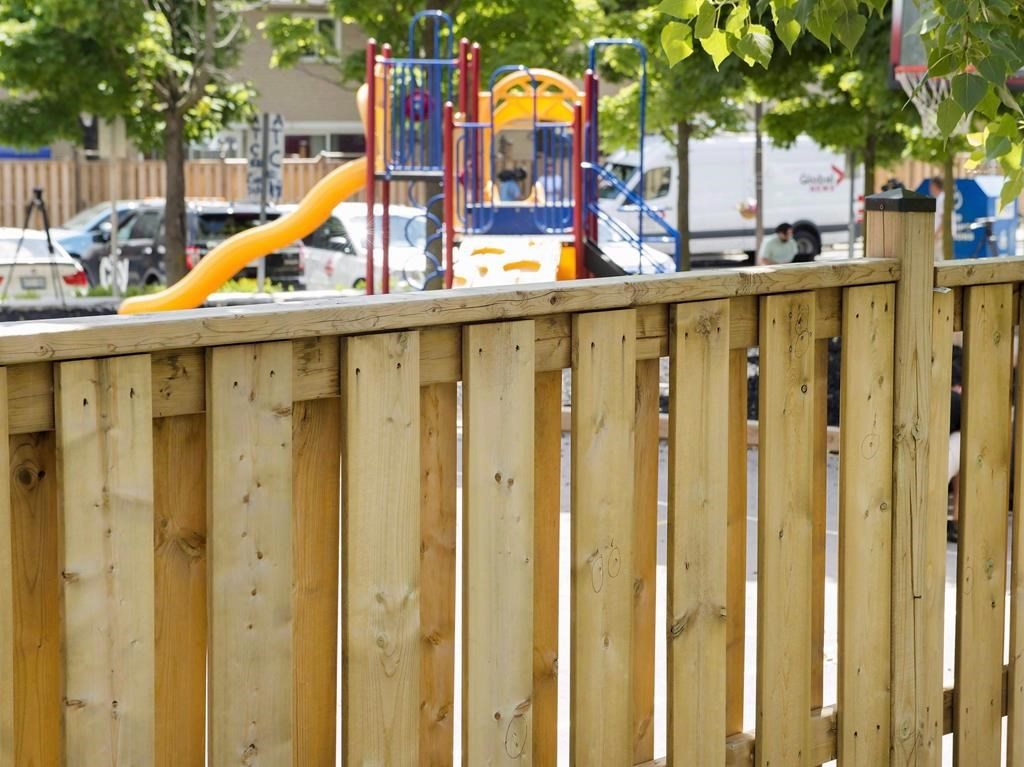 Police mark bullet holes in a fence where two young girls were shot at a playground in Scarborough, Ont., on Friday, June 15, 2018. File photo by The Canadian Press/Nathan Denette
Previous story
Next story

A second man has been charged in connection with a brazen daylight shooting at a Toronto playground that wounded two young sisters earlier this summer, police said Thursday.

Tarrick Rhoden, of no fixed address, faces 17 charges, including attempted murder, two counts of aggravated assault and two counts of unauthorized possession of a firearm in a motor vehicle.

The 23-year-old was arrested by provincial police on Wednesday in Algonquin Highlands, about around 275 kilometres northeast of Toronto, police said.

Rhoden was wanted on a Canada-wide warrant along with 23-year-old T'Quan Robertson, who is still being sought on several charges, including attempted murder and assault.

"T'Quan Robertson is encouraged to surrender," police said in a statement Thursday.

During the search for the two suspects, police said they believed the men were being helped by friends or acquaintances to evade arrest.

Police previously arrested 21-year-old Sheldon Eriya, of Markham, Ont., alleging he drove the vehicle in which the shooting suspects fled the area.

The June 14 playground shooting was one in a string of high-profile gun crimes in recent months that prompted increased calls for action to deal with gun violence in the city.

Investigators said there were 16 children at the east-end playground when two men got out of a truck and opened fire. At least 10 rounds were fired and the intended target fled the area, police said.

In July, Toronto police announced the force was adding 200 frontline officers to the night shift for the summer.

About a month after the playground incident, the girls' mother spoke out, calling for better education and community support programs, not increased police presence, to curb gun violence in the city.

Toronto must reduce the number of young people who turn to crime, Stacey King said at a meeting of the city's board of health where ongoing research into community violence was being discussed.

She suggested children should be taught about issues that lie at the root of gun violence, including bullying and mental health.