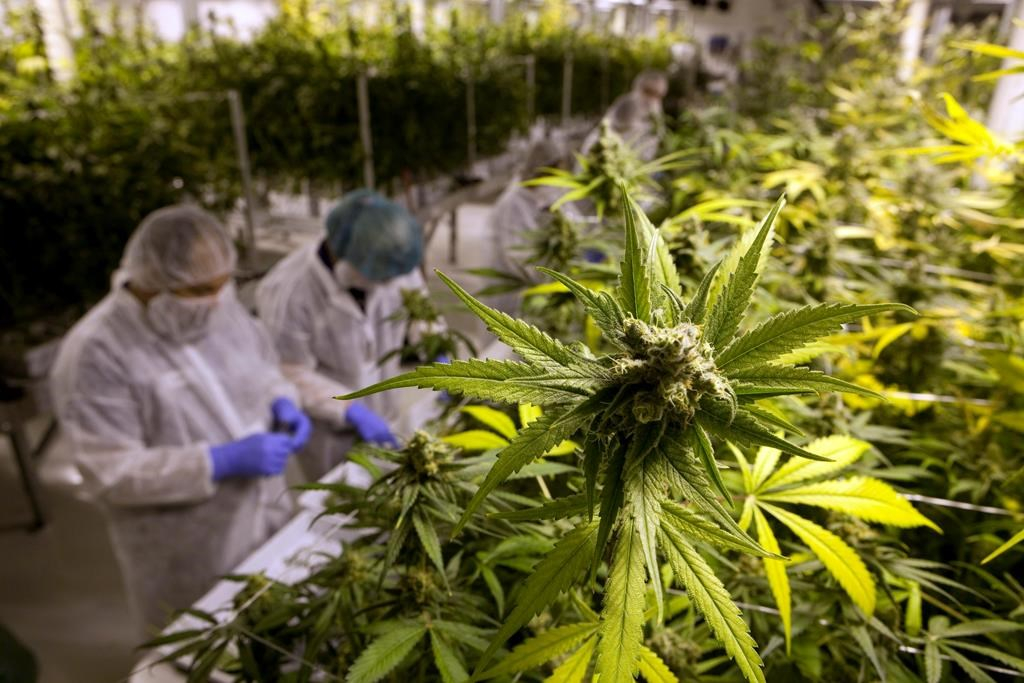 The Coalition Avenir Quebec is standing firm on a promise to raise the minimum age for cannabis consumption in the province to 21.

Recreational marijuana use is set to become the law of the land about two weeks after the Oct. 1 Quebec election.

Francois Legault says his front-running Coalition party will hike the legal age to 21 from 18 if it wins the election.

That would make Quebec the only province with such a limit, with most others having adopted 18 or 19 as their minimum age.

"It's terrible what cannabis can do to youth," Legault said on a campaign stop Friday. "We shouldn't be trivializing youth cannabis use."

Liberal Leader Philippe Couillard responded by saying the Coalition proposal makes little sense and that he has no intention of changing the age limit if he is re-elected premier.

"Why is it that people can vote at 18, can make their own decisions and would not be allowed to use a now legal product?" Couillard asked.

Couillard added that Legault is delusional if he believes Quebecers between 18 and 21 currently have a problem getting cannabis.

He added those under 21 would simply buy it from organized crime groups such as the Hells Angels.

Recreational marijuana use is to become legal in Canada as of Oct. 17 and the federal government said the move will protect youth from the risks of cannabis and keep organized crime from profiting from its production and sale.

Ottawa previously delayed the timetable for lifting the almost century-old prohibition on marijuana at the request of three of the larger provinces, including Quebec, which asked for more time to make the transition to a legal regime for regulating the production, distribution and consumption of cannabis.

Last June, Quebec passed its own cannabis law to limit the amount of cannabis that can be purchased at one time to 30 grams as well as to cap the amount of dried cannabis people can have at home to 150 grams.

Quebec also joined Manitoba in forbidding production or cultivation of marijuana at home, at least for the time being.

The Coalition voted against the bill, with Legault's party critical of the legal age as well as the fact that rules for smoking pot in public were being left to municipalities.

The Parti Quebecois also voted against the legislation because the sovereigntist party wants Quebec, and not Ottawa, to control the production of cannabis.

Provincial elections have had an impact on marijuana rules elsewhere. In Ontario, the new Progressive Conservative government announced earlier this month it was reversing plans to sell pot only in publicly owned outlets, opting instead for a plan to sell recreational cannabis in private stores starting next spring.

Justice minister: cannabis still illegal for now, as is driving on drugs