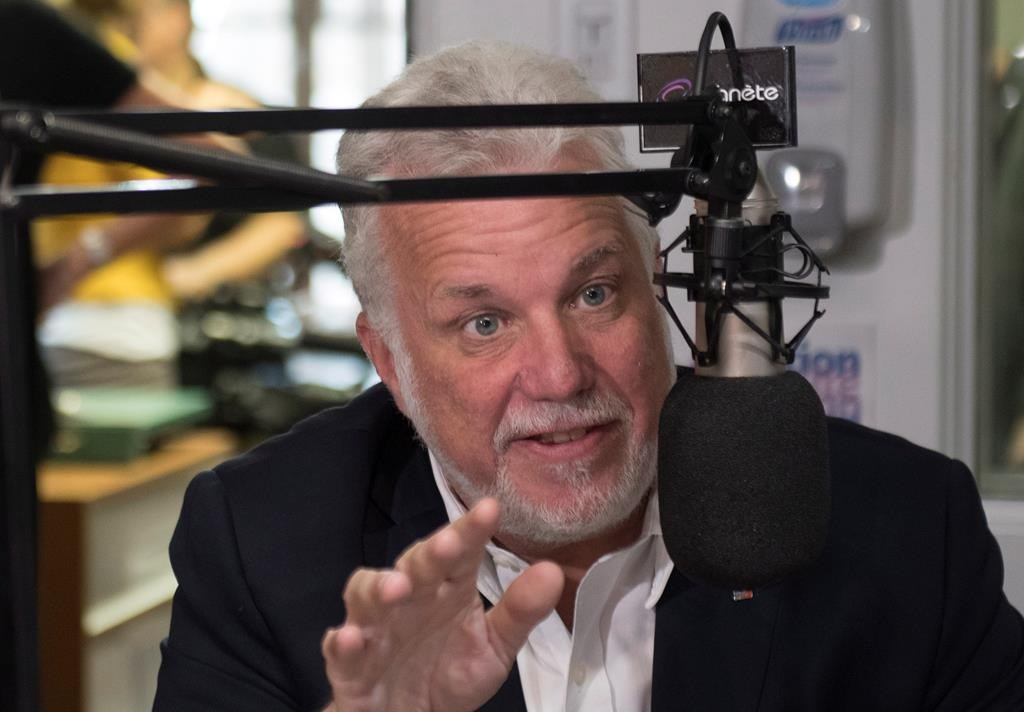 Liberal Leader Philippe Couillard says he won't be intervening after one of his star candidates compared his Coalition Avenir Quebec rival to U.S. President Donald Trump.

Marwah Rizqy's comments followed a series of text messages between Francois Legault and Gertrude Bourdon, who spurned Legault's Coalition in favour of the Liberals.

Rizqy described as "sexist" Legault's decision to release the messages between himself and Bourdon and said it is the type of politics practised south of the border.

The Coalition leader said today there's been a campaign of fear against his party for months and that he won't be distracted by Liberal tactics.

At a campaign stop in his riding of Roberval, Couillard replied he wouldn't make the same link about his political adversary, but added that women in his Liberal team are free to express themselves as they wish.

For his part, Parti Quebecois Leader Jean-Francois Lisee says comparing any Quebec politician to the U.S. president is odious and that Couillard should rein in his candidate.